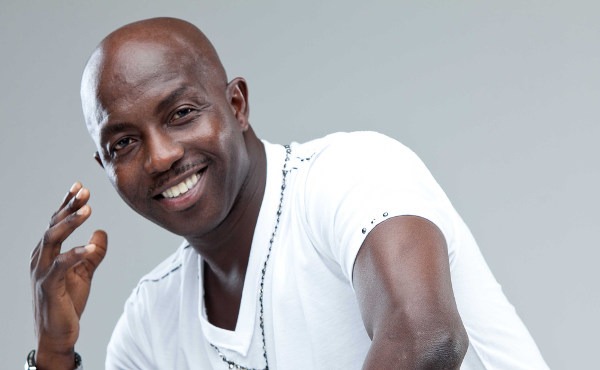 As Nigeria signs on a new foreign coach for the Super Eagles, not a few Nigerians are wandering if local coaches will ever get the recognition they deserve. In this interview with us last year, Siasia gives a hint that all hope is not lost – at least for him

You were once coach of the Super Eagles; why step down to take the job of coaching the national under-23 team?

It is not a step-down as you call it or look at it. Coaching is such that you can find yourself anywhere.  As a qualified coach, you look for the right conditions, you do the job and achieve results. I handled the U-20 team in 2005 and we won silver at the World Cup before I joined the U-23 team that also won silver at the Beijing 2008 Olympic Games. I graduated to the Super Eagles and somehow because we did not qualify for the Nations Cup in 2011, I lost the job. This is my second time as U-23 coach; who knows I might be back with the Super Eagles. I believe with time I could get there again and when such an opportunity comes, I will grab it with both hands since I have the experience.

Tell us about your preparations for the forthcoming All Africa Games in Congo, Brazzaville which your team will be participating in, considering that Nigeria has never won the soccer gold in those games.

The preparation has been going on very well. The interesting aspect is that we also have the Olympic qualifiers, which serves as preparation. By the time we play in the competition proper, it will also be a good preparation for the Rio de Janeiro 2016 Summer Olympics play-off games, which come up in November, in Senegal. The plan was to be on a training tour of about four weeks for the games but the government decided all the teams will not be travelling on tour in preparation for the games.

Nigeria will play Ghana, Egypt and Senegal at the preliminary stage; are you ready for this tough group?

Our target at the games is the gold medal. If you aspire to be the best, there is no opposition that will or should be too much for you. We are looking beyond the preliminaries of the All Africa Games; we want to play till the last day and win the gold. I have a team that can achieve that. We are not going to underrate other teams and, of course, no one is expecting an easy ride. We are preparing the players to be physically ready because African football involves tactics, technique and strength.

You are working with basically Nigerian league players in the U-23 team; how will you rate the league based on the talents you are exposed to in your team?

The league is getting better almost every season. If you are a follower of the league this season, you will notice that, every week, teams are recording away wins. A good team can excel anywhere and that is very good in terms of elevating the level of competition. Individually, there are quality players too while some of those we have in camp are from academies. Nigeria is blessed with abundant talents; the only challenge is how to bring them together to achieve results for the country in the game. There is a player in my team (U-23) who featured for the U-20 team at the World Cup and was also called up to the Eagles camp for the first AFCON qualifier.

Are you going to inject more foreign-based professional players into your team for the Olympic Games playoffs?

This team is already growing in strength and it is important to maintain or boost the cohesion. Some of the players are pros, too, but for now we are not thinking of adding many players. We can add just one or two more but whatever it is, I am cautious of not derailing the flow that we have. That was what helped us in the away game against Congo. The match was very tough but the boys were up to the task as a unit and did not lose their concentration. I’m looking at adding KelechiIheanacho but it all depends on what happens between now and November. Some of his mates, like TaiwoAwoniyi, Musa Yahaya, are with us already.

The encounter against Congo was dicey because your team only managed a 2-1 win in Nigeria; how did you survive?

I just mentioned that the unity in the team helps; there was also cohesion. We did not allow them to play. We were even closer to scoring than the home team. They were fighting and struggling to get the ball. We were just unlucky not to have scored to actually justify how we dominated play. It was dicey because they needed just one goal to send us out of the race to the Rio Olympics. The match was tension-soaked but we were confident of scaling the hurdle and we did.

(Cuts in) Football is about scoring goals and we are working hard to get that right. It is always good when a team creates chances. That was why I brought in Taiwo Awoniyi to add to the strikers and create a good competitive spirit in the team. We are still working on goal-scoring; we do score goals but we can do better in that regard.  The name of the game is goals and we have to continue to work in that direction.

We often hear that national team coaches accept bribes from players (especially those in foreign leagues) to have them play; how widespread is this problem?

It is a Nigerian creation, I suppose, because if you read foreign papers and study what obtains abroad, you won’t hear such things; but here, we reduce everything to naira and kobo. The job of a coach is well-defined,  and that is to get results for the team. The coach is like a father who is expected to give direction and create a winning mentality for the team he is handling. If a player is close to his coach, he could buy him gifts and all that, but it does not translate into bribery for places in the team because the coach wants to win and will always field the best players to win matches for him. This issue has come up a number of times. Some people went as far as accusing coaches of taking money from players. It is ridiculous. When you take money from a player, you are no longer in charge of the team because sentiments and other things will come in. It is bad. I don’t do it; I cannot do it.

Which are the games you considered very tough for your teams in recent years?

I will not look at recent years but will look at my career as a coach. Football is a game with three results—win, draw or lose. We all pray to win but you cannot always win. There are games you play well and you still draw or you end up losing; those are the painful matches one will always remember. Twice I led Nigerian teams to the final and lost, and the two times we lost to Argentina. In 2005, it was the FIFA U-20 World Cup in Holland. We did well to qualify for the final and in the final we also played very well but the Argentines were tricky enough to earn two penalties that they converted and we were only able to score one goal. We lost 2-1. TayeTaiwo and Mikel Obi were among the top three players. Lionel Messi was the best player of the tournament. It was painful. In 2008 in Beijing, I led the U-23 team again to the final of the Olympic Games football event. It was also the Argentines that defeated us by a lone goal;  Angel Di Maria scored the only goal. I am looking forward to meeting an Argentine team again in the future and that time I hope to be on the winning side. The third one was in 2011, a Nations Cup qualifier against Guinea in Abuja. We did not lose but the 2-2 draw was like a defeat because the draw was not enough to qualify Nigeria for the 2012 AFCON. It was sad because when we were leading 2-1, we never knew it was enough to see us through and the players were going all out for another goal, only to concede an equalizer. These are the painful matches I can remember.