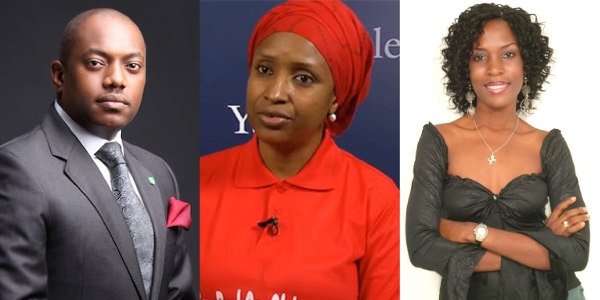 ahead of his time. Through his Gemstone Group, Mr. Durotoye has, in the last year years, committed to nation building through his Nation Builders Network, which has incredibly grown in numbers with many people and chapters all over the country. In 2012, he signed and autographed 10,000 copies of the 17Secrets of High-flying Students in just one day; within nine hours. That is how impactful he has been among the young and aspiring leaders. His speaking engagements are usually exciting as he speaks from a mind that have sufficiently grasped the dynamics of success and excellence in our peculiar environment. The other organisation he founded and runs, Visible Impact constantly strives to confront social and environmental challenges, as well as limitations. With the lofty goal to ‘build people into super achievers and responsible leaders, ’Mr. Durotoye seems to have successfully leveraged on an inherent love to see young people excel to build an empire that will endure for many more years to come.

When Nigeria and the rest of world was still reeling from the shock of more than 200 school girls being ferried away, in the dead of the night, to the land of the unknown by blood thirsty renegades, Hajia Bala Usman, was one of the first to snap out of the shock to action. She rallied like-minded individuals, mostly women and decided that while they might not be able go after the terrorists, they would raise so much dust and not back down until concrete and verifiable plans were in place to recover the kidnapped school girls. From then, the initiator of the Bring Back Our Girls Campaign never looked back. From being followed by strange cars to having her phones tapped, she bore taunts from those who believed she was working for the then opposition All Peoples Congress (APC) to embarrass the ruling party. Alongside her fellow campaigners, she endure drain and shine during many sit-outs, rallies, peaceful protests walks, and symbolic postures. Due to their efforts, the Chibok’s girls’ plight became not just a national but an international burden and the Bring Back Our Girls Campaign went global. Last year, Financial Times (FT) named her one of the most influential women of 2014, while CNN chose her as the most inspiring woman of 2014.Ebony Magazine also named her amongst the 100most influential black women in the world in 2014.Hajia Bala Usman, who was also recently appointed Chief Of Staff by the Kaduna State Governor, Mallam Nasir el Rufai, has shown what resoluteness can achieve in a worthy cause, even when a lone woman started it all.

Long before many Nigerians saw the Internet as a serious and legitimate workplace, Linda Ikeji, had become a millionaire through her blog; www.lindaikeji.blogspot.com. Since 2006 when she started the super famous Linda Ikeji’s blog, it has been success story all the way and has therefore, inspired many young people enough to want a earn a living online. A trailblazer, she has become even as she has successfully build a multi-millionaire without stepping out of her bedroom. While different people have people have attributed various factors to Ms. Ikeji’s success in the blogosphere, including the fact that she was an early riser, it is needless to stress that she has become an Icon of some sort, especially to many young people who have made the Internet their second home. A multiple award winner, Linda Ikeji, like the dogged fighter she has proved to be, recently weathered a storm of very weighty plagiarism allegations that resulted in Google taking down her ultra famous blog, howbeit, only for some hours before it came up again, stronger and better. She has featured in several conferences as a speaker, talking to hundreds of young people on how self-reliance, growing from nothing to the very top is possible.