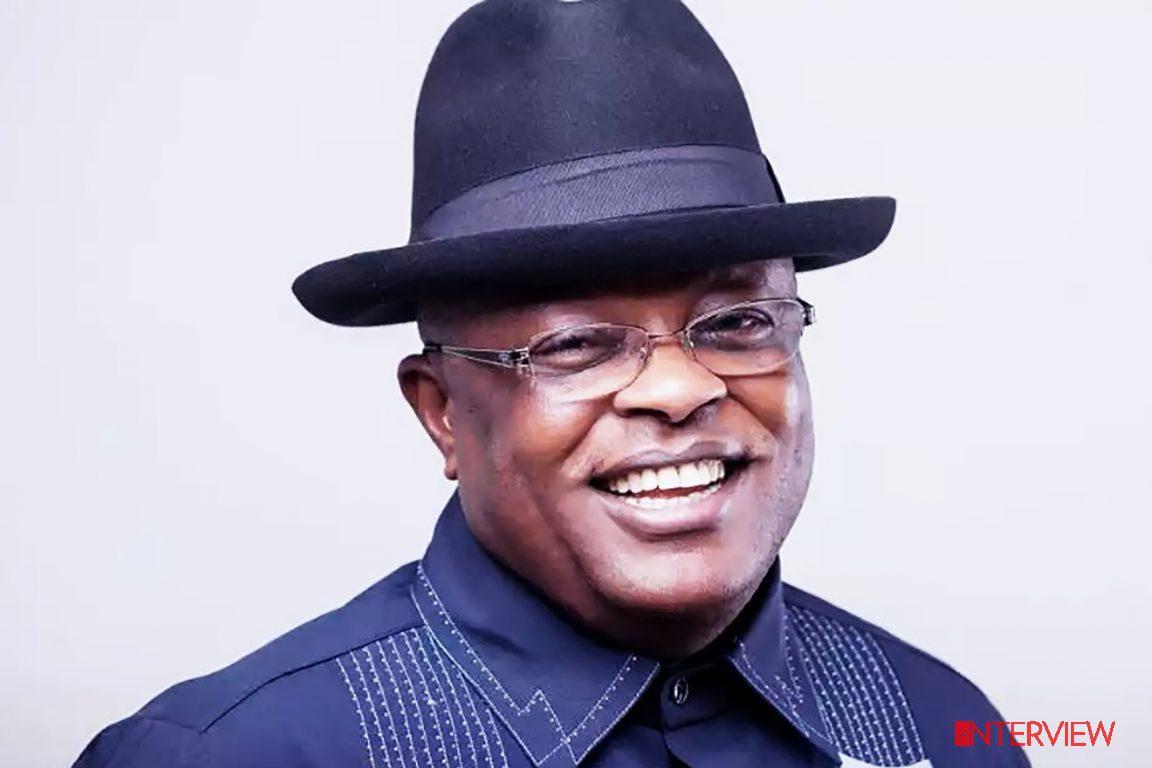 The Ebonyi Commissioner for Information and Orientation, Mr. Uchenna Orji, says Gov. David Umahi, is still in the 2023 presidential race, contrary to speculations that he has dropped his ambition.

Orji said this in a statement on Tuesday in Abakaliki.

He described social media report indicating that the governor was only interested in a senatorial seat, as ‘a senseless falsehood’.

“Contrary to such cowardly fabrication from the opposition, the well thought presidential ambition of the governor is still on course.

“We assure progressive–minded Nigerians at home and in Diaspora, that such report is from individuals intimidated by the admirable achievements and rare leadership qualities of the governor.

“These achievements have projected the governor and made him a frontline presidential material who can win the hearts of Nigerians in the 2023 general elections.

“The governor’s presidential bid is unwavering and alive in the hearts of Nigerians, ” he said.

Orji advised the opposition to desist from fruitless ochestrations against the governor, who was God’s servant and an accomplished leader.

“We will expose those who are using the social media to propagate fake news in undermining the governor’s presidential ambition.

“We thank the public, especially those who called our attention to this falsehood and assure that collectively, we would build the Nigeria of our dreams under Umahi in 2023,” the commissioner said.