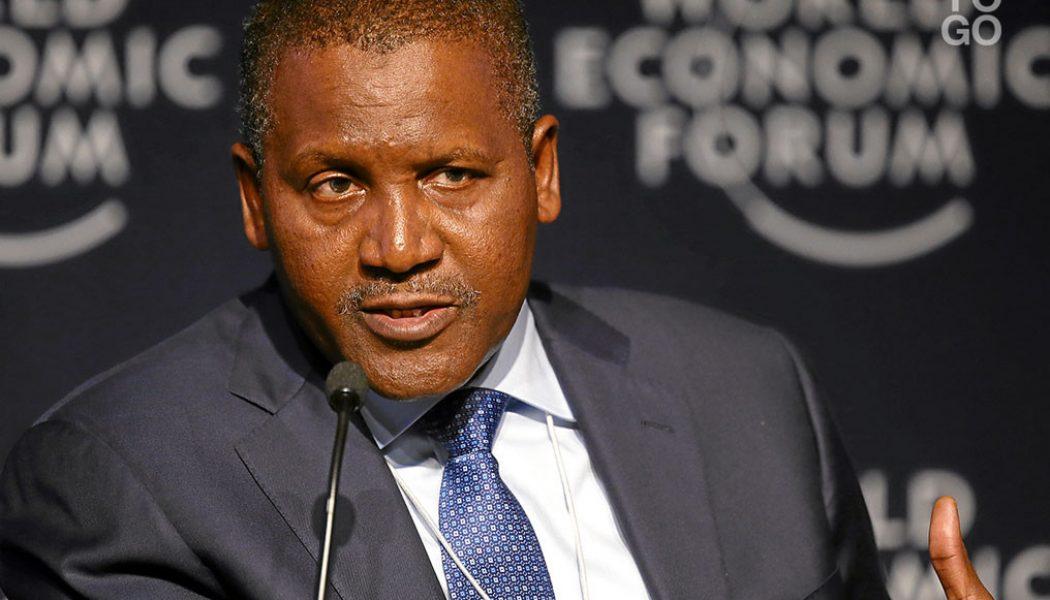 Dangote Group on Monday warned the public to ignore a fake cement promo trending on social media as “no decision has been taken on any Cement Promo for the year 2022 by Dangote Cement Plc”.

Chiejina said the public should disregard the promo in which a picture of the Group President and some bags of cement were placed below the headlines to deceive and defraud people.

He called on law enforcement agencies and financial regulator to investigate and track down the scammers through bank accounts provided to swindle the public.

“The public is hereby advised to disregard and totally ignore these fake promo advert images, to avoid losing their funds to fraudsters.

“Regulatory authorities and law enforcement agencies are also urged to investigate bank account details provided by the scammers for these illegal transactions,” he said.

He said the attention of the Group was drawn to the scam reports tagged ‘2022 Dangote Cement Promo Start’ purportedly published on front pages of some national dailies.

“We want to categorically state that these Promo stories and pictures, which were super-imposed (photoshopped) on the front pages of the identified newspaper publications, are FALSE and meant to mislead unsuspecting members of the public. IT IS A SCAM!!

“No decision has been taken on any Cement Promo for the year 2022 by Dangote Cement Plc, and where such is done, there is a strict procedure to convey such an important marketing decision to the regulatory authorities, our numerous customers and the public across the country,” he said.

He reiterated the commitment of the Dangote Group to its consumers wellbeing and its willingness to carry customers along on every market decision.