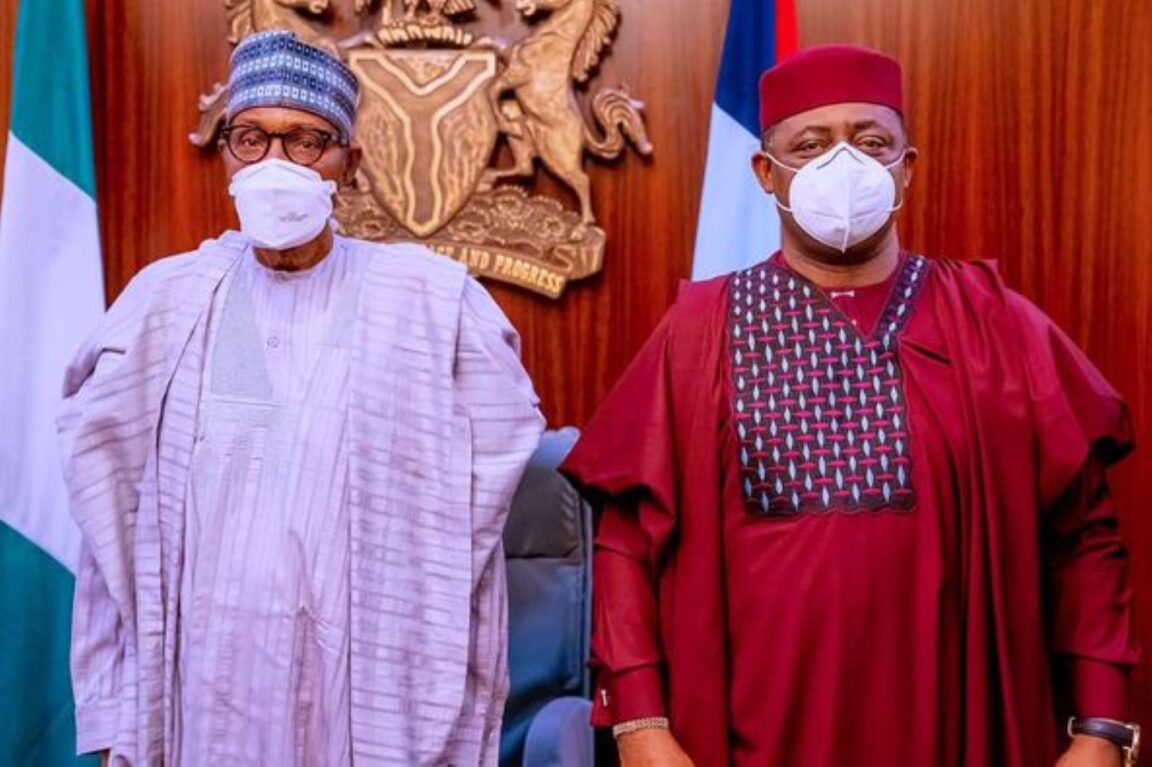 Not a small ruckus has been caused by the defection of former Minister of Aviation, Chief Femi Fani-Kayode (FFK), from the People’s Democratic Party (PDP) to the All Progressives Congress (APC) last week.

An icing on the cake, or the salt added to injury (depending on which side you are), was his reception at the Presidential Villa by Muhammadu Buhari, father of the nation. The development has been rocking the polity for many days.

FFK is by no means a miscellaneous personality, and whatever he does, or does not do, attracts loads of attention.

He was a founding member of the APC, before he ported back to the PDP. And he did not leave quietly. He ruffled feathers and stirred up the mud. He became a rabid hater of his former party and its members.

Between last week and now, vitriol poured by FFK on anybody with the slightest affinity to APC has been dug up serially.

He has said things straight from the gutters, things that the natural man would call unforgivable and unpardonable.

Against President Buhari, the first family, Yusuf Buhari whom he wished had died when the latter had an almost fatal bike accident, APC as a party, the government, leaders of the party, groups and individuals.

Even this writer has suffered horrid descriptions from FFK in many write-ups.

Yes, he even said he would rather die than return to APC, but last week, he returned—well and alive.

Naturally, a lot of loyal APC members are hopping mad that FFK was readmitted into the party.

And not only that, he got back at the highest level.

Not at his ward in Ile-Ife, Osun State, but the triumphal entry was at the Presidential Villa, with President Buhari himself as the host.

I understand the umbrage taken against the development by teeming APC supporters.

It’s the natural thing to do.

But then, having vented spleen, raised dust and almost brought down the roof, the next thing is to isolate the issues dispassionately.

With the bile displayed towards President Buhari and his family over the years, how did the man find the grace to have received FFK?

How was he convinced? Who did the convincing? What were the extenuating factors? How? When? Why?

By agreeing to the readmission of FFK to APC as the leader of the party, and hosting him at the Villa, President Buhari displayed amazing capacity to forgive, to show mercy, and let bygones be bygones.

How many of us can do that? Not many.

Remember William Shakespeare in Merchant of Venice:
“The quality of mercy is not strained.
It droppeth as the gentle rain from heaven
Upon the place beneath. It is twice blest:
It blessed him that gives and him that takes…
It is an attribute of God Himself.”

That was what Buhari did to FFK.

He showed him mercy, dropping like gentle rain from heaven, when he could have otherwise spat into the sky, collecting the spittle with his own face.

Was that not what me and you would have done? Confess. We would have told FFK to go to hell, and stay there.

He displayed an attribute of God: forgiveness.

One of the lies that had been serially told against the President was his alleged unforgiving spirit, a falsehood sold to Nigerians by anti-Buhari forces since the days of military rule.

The lie traveled for so long, till it was eventually overtaken by the truth in one day.

Nigerians saw through the facade, and elected Buhari as President in 2015. Re-elected him with wider margin in 2019.

I have worked with the President for over six years. And I have seen amazing things in terms of accommodation and capacity to forgive.

I have visited him at home many times in the evenings, only to find at dinner table with him people who had been abusing his forefathers on television earlier in the day.

This President has a capacity to forgive, and forget.

That was what he displayed in the case of FFK. Nothing short of divine attribute, which me and you should covet and seek to approximate.

True, the brother of the prodigal son in the Good Book was unhappy, after his sibling had engaged in riotous living, squandered his inheritance, and came back home in penury.

And the father received him with glee, and slaughtered the fatted calf in celebration.

The brother was indignant. He accused the father of bad faith, saying he had remained faithful and loyal, and not once did the father give him a goat to kill, and make merry with his friends.

That is the case of the APC members who have been unhappy at the reception given FFK. He did not deserve it, they claim. True.

But how many things don’t we deserve, but which eventually come our way?

That is the inscrutable nature of God, and we should not begrudge ourselves, or anybody else. How many things have come your way, which you really don’t deserve?

But God gave those things to you, nevertheless.

I think those screaming blue murder and lamenting the injustice and unfairness of it all should hold their peace.

They have made their points, and should let things be.

He may stay this time round, as he claims to have had a Damascus road experience, which turned Saul to Paul.

Many times, FFK has used unprintable words against me. He has deployed phrases from the nether region against me.

But after writing those things, and we met in public places, he would embrace me, calling me his “friend and brother.”

I agree, we are brothers, though I should hold giant sized grudges against him. President Buhari has shown us the way . To err is human, to forgive, divine.

And come to think of it. Is it pleasant to swallow one’s vomit? Nah.

But that was what FFK did. All those foul words against the President, the APC, the government, many people in government.

He has swallowed them. Delicious? By no means. Pueh! You would feel like retching. So, let’s salute the courage of his conviction. It is rare, and not many people would do it.

I welcome FFK back to APC.

And I pray it is for an enduring time. I thank President Buhari for showing an astounding large heart.

That’s how to be a father.

He has confounded all those who peddle lies about him, and the balderdash about not forgiving.

The quality of mercy is not strained.

It droppeth as the gentle rain from heaven. It has dropped upon FFK.

May it always drop on us, for “it blesses him that gives, and him that takes.”