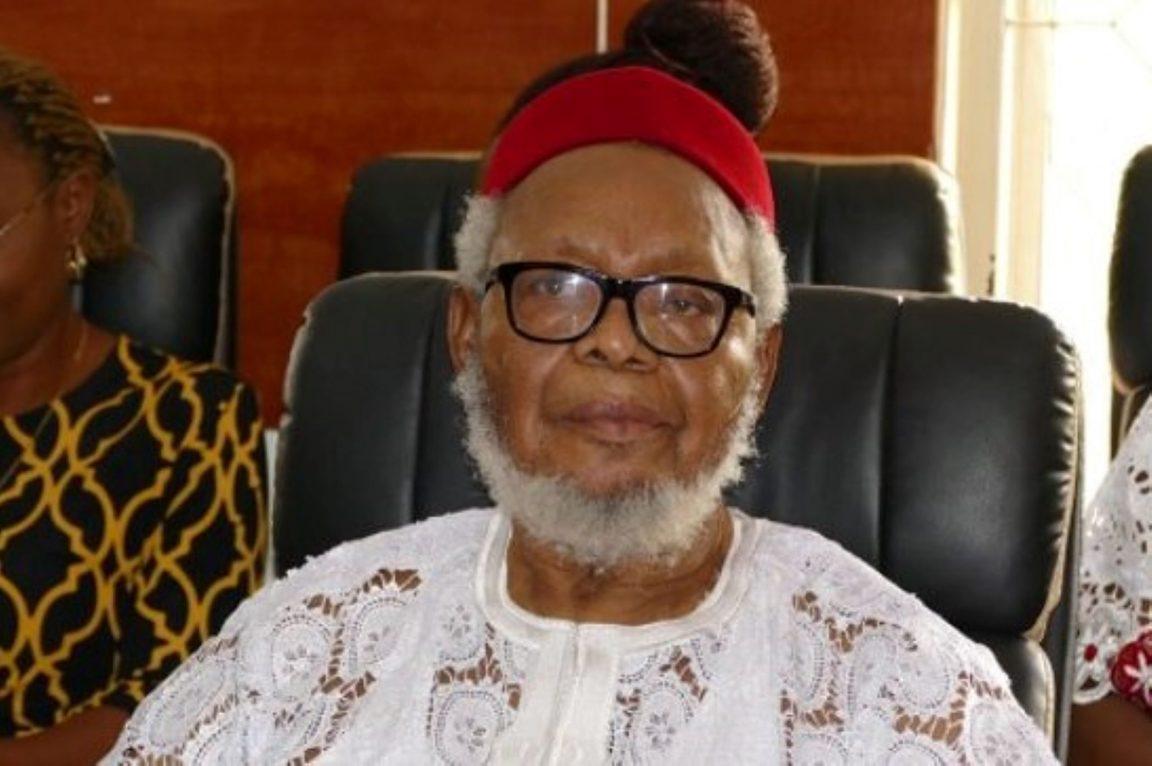 That is what he was: a colossus.

He was perhaps one of the few scholars who combined academics with administrative work.

His mentor, Prof. V. Chukwuemeka Ike led in this respect.

Professor Ijomah had followed his mentor almost in every move he made – a registrar who transferred to become a professor.

He was for several years, the Head of the Department of Sociology, from Nsukka to Ambrose Alli University, where he spent many years.

He returned to the substantive position of Head of Department of Sociology, a position he held until he retired in 2002.

Prof. Ijomah is an incurable quantitative researcher in Sociology, and has carried out a number of field work.

In 1986 – 1993, he carried out a national and international research on Coastal Erosion in Nigeria, and successfully predicted the instability of the ocean in Victoria Island, Lagos.

He was the National Chairman of Coastal Erosion Research which involved four Universities, the Nigerian Navy and Deustch Hydraulics.

He has served on a number of Federal Government Committees and Commissions.

He was a member of the Federal Government Advisory Committee on Social Development in 1982; member of the Board of Directors, Midwest Mass Communications in 1975; Principal Officer, Arts and Culture in 1977; was Bendel State Honourable Commissioner for Education in 1983.

He is an ardent lover of the Blessed Virgin Mary and has published several articles in her honour.

He has received several awards to his credit and was installed as a National Patron of the World Apostolate of Fatima in 2010.

In 2005 he commenced work on the establishment of the Madonna International College which successfully took off in 2006.

Today, Madonna International College has recorded many awards and feels satisfied to be among the best, if not the best College in Delta State.

It is striking that on every birthday, Prof. Ijomah presents a publication to the country, most particularly his prodigious work on Nigerian Nationalism and the Problems of Socio-Political Integration, a work based on research.

Welcome to the archives of this researcher, academician, politician, author, orator, and a man of the people, who will be laid to rest on Wednesday, December 16, 2020.

An iroko has fallen!

Emmah Ijomah, a pastor and son of the late Professor BIC Ijomah, writes from Lagos.