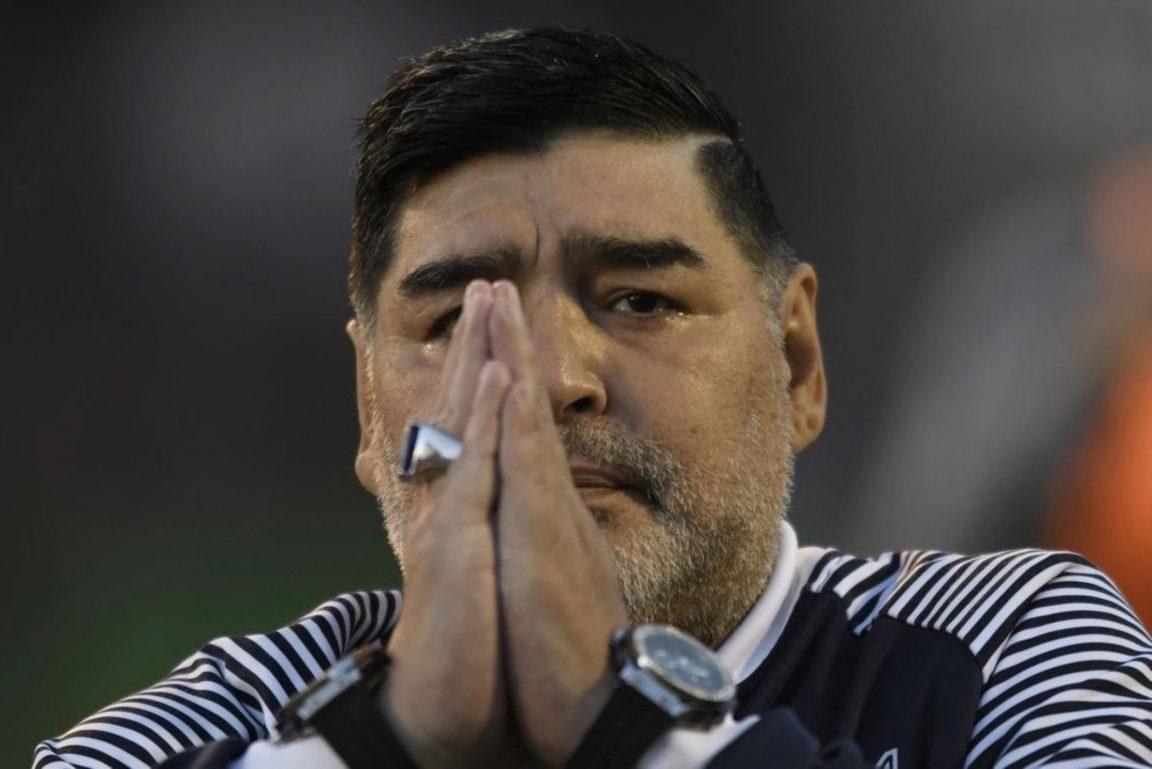 When the news of the death of Diego Maradona broke, I was in a friend’s office. Our initial spontaneous reaction was sorrow and regret.

And then we drifted, almost as if we had rehearsed it, to the next thing: who is football’s all-time greatest? Maradona or Pele?

My friend wasted no time is declaring that for him, it is and always will be Maradona.

He spoke about the Argentine’s prodigious talent, talked about his imagination and gushed, above all, about his artistry and genius.

Maradona announced himself on the world stage with the World Youth Championship in 1979, where he claimed the Golden Ball for being the tournament’s best player at age 19.

He scored a harvest of goals during that competition and topped it off with a virtuoso display in Argentina’s 3-1 win over the Soviet Union in the final match.

Maradona’s performance at the World Youth Championship in 1979 left the national coach biting his nails in regret for judging him too young to play in the World Cup the previous year.

But that was only the beginning.

The rising star, who would later be taunted as “little fatty”, landed in Boca where he continued to shine brighter and brighter still.

My friend reminded me that what Maradona lacked in height, the diminutive genius made up for in his artistry, especially the pirouetting artistry of his left foot.

Maradona announced himself on the world stage with the World Youth Championship in 1979, where he claimed the Golden Ball for being the tournament’s best player at age 19

Remember his first goal in the Argentina-England game at the 1986 World Cup? How Maradona’s left foot weaved the ball, one-deft-touch-at-a-time, from midfield slicing through sturdy attackers and wrong footing defenders until he chipped the ball past a distraught and helpless England goalkeeper?

There was an adoring glow in my friend’s eye that told the story more than his words could convey.

Of course, I remember that fairytale goal.

I also remember in that game how Maradona waltzed through the English defence and, in what would be one of the most controversial goals in football history, scored with “the hand of god.”

That second and decisive goal against England will go down not only as a historic football win for the South Americans, but perhaps, more important, as Argentina’s revenge for losing the Falklands War against Britain four years earlier.

But 1986 was not a bad year for England alone, my friend reminded me.

It was also the graveyard of Europe’s top football nations at the World Cup and Maradona played a significant role in nailing their coffins.

Apart from England, Argentina also defeated Belgium and France, squeaked past Denmark and humiliated West Germany 3-2 with an 83rd minute clincher by Maradona to win the World Cup.

Although he won only one World Cup with Argentina, Maradona claimed 11 titles as a player, his best club side performances outside Argentina were in Napoli, where he lifted five trophies and left profound memories of his brilliance in the hearts and minds of thousands of fans, who often forgot that he was not Italian.

It’s not a surprise that San Paolo has been renamed Stadio Diego Armando Maradona.

“Who can compare?”, my friend asked.

My friend froze. “What do you mean?”, he fumed. “How can you even talk about Pele who reigned when football was far less competitive?”

I do not diminish the genius and artistry of Maradona or deny the drama and fluidity he brought to the game.

Everyone else lines up behind them.

Pele was neither an artist nor a con-artist. He is the king, the legend, the sport.

Yet, the goal math hasn’t produced a consensual tally. I think the only consensus is that he has scored more goals than any other player, dead or alive.

If I’m stuck on goals as a defining quality of success, it’s because I’m a Chelsea fan. You can entertain like Arsenal, hold possession like Barca or attack like Bayern, in the end only goals count.

Maradona scored many goals, but Pele outscored him by six-to-one, played more games by five-to-one, and claimed far more trophies for self, club and country.

His only sonho evasivo was the Copa America.

Yet, my friend and others like him who minimise Pele’s legend say that goals count but how they are scored count more. What is football without fond memories or entertainment value?

I’m not too sure Pele falls badly short in entertainment goals.

His first against Sweden in the 1958 World Cup final hosted by that country, which Sweden lost 5-2 to Brazil, has been described in a CNN article as “one of the greatest in World Cup history.”

A Swedish opponent said after the match that, “after the fifth goal, I felt like applauding.”

You’ll need to watch the video of how Pele flicked the ball over a defender and volleyed home to grasp the drama of that spectacular moment.

Pele played and set himself apart at a time when most competitive sports were considered the exclusive playground of whites.

In the four World Cups that he played in winning three, Pele rose above the hubris of racism and left a mark beyond the reproach of creed or colour.

We’ve had our competitive encounter with Argentina too, with Maradona leading the squad.

In that ‘group of death’ in the 1994 World Cup, I still get goose pimples remembering Samson Siasia’s 8th minute goal against Argentina.

There was a glimmer of hope that we could, at last, slay the dragon, with a full and complete Argentine squad led by Maradona.

But it didn’t happen.

When former Ogun State Governor and evergreen columnist, Bisi Onabanjo, first called Babangida Maradona, in “Aiyekoto”, it was hardly a flattering remembrance of the soccer prowess of the great Argentine star or the prodigy of his talent

Argentina won the game but Maradona lost the victory when a random drug test later found he was doped.

Pele has modelled beyond football.

And that matters, too. He has lived a life almost scandal free, has a museum dedicated to his name, and has been devoted to a number of good causes to empower children, especially around education and poverty.

Yet, the model vs rebel debate is one that Maradona fans don’t like to engage in.

But as surely as sports imitates politics and vice versa the symbolisms have seeped through our lexicon of politics.

When Nigerians say, for example, that former military President General Ibrahim Babangida is the Maradona and evil genius of Nigeria’s politics, we’re referring to an era (1985-1993) when one man made the country a huge experimental political lab, dribbling us here and there for eight years, until he scored an own goal in a self-assigned extra time, which took another five years to begin to settle.

When former Ogun State Governor and evergreen columnist, Bisi Onabanjo, first called Babangida Maradona, in “Aiyekoto”, it was hardly a flattering remembrance of the soccer prowess of the great Argentine star or the prodigy of his talent.

In the language of politics, to be Maradona is to be eely, fickle, unreliable.

But this is not the time to cast stones.

I’m also keenly aware of how the regional rivalry between Brazil and Argentina has fueled the fire, with Pele suggesting in his unguarded moment that Neymar was better than Maradona.

To add fuel to the fire, though, I threw in Lionel Messi and Cristiano Ronaldo and asked my friend if either of them might compel him to remake his list of the all-time greatest?

“No way” he said. For him, it is Maradona, warts and all.

We make the heroes we adore. Who am I to deny my friend and millions like him around the world the pleasure of a final tribute to a man who gave so much to the game, and also to the language of politics?