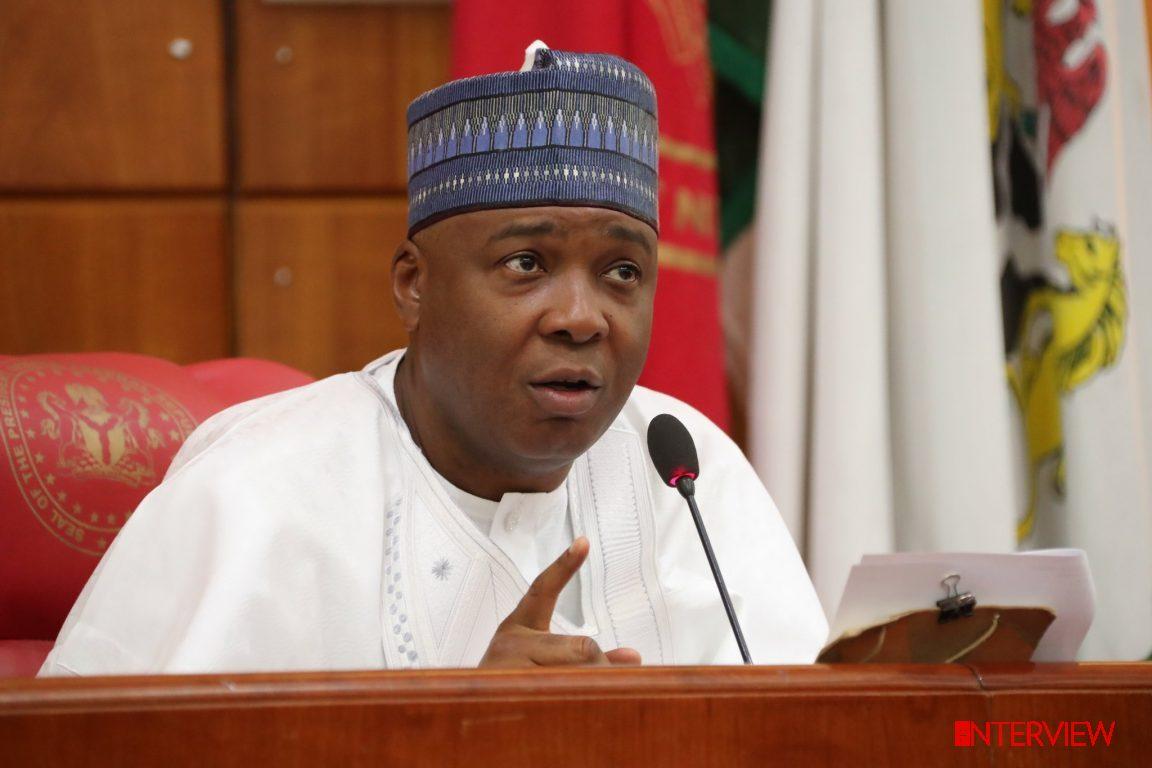 It has almost been forgotten how Senator Bukola Saraki outmaneuvered key stakeholders in the political battlefield and in particular, the ruling All Progressives Congress, to emerge President of the Senate. What does not seem to be fading from public memory is his thirst for more glory and power.

Reminders to this are sent out on a regular basis. This ambition has put him at odds with the APC leaders starting with Bola Tinubu, Adams Oshiomhole, and President Muhammadu Buhari; it was what pushed him into the arms of the opposition People’s Democratic Party.

Saraki’s power struggles were the topic of discussion in a recently leaked audio recording. Speaking to Kwara youths in it, he openly lamented all the wrongs inflicted on him by the Buhari-led government. When politicians rant about their grievances, as citizens and voters, we should listen.

We should be especially attentive when their words are uttered in moments they believe very few are listening. In these unguarded complaints, we get a window into who they really are, and more important, their true purpose in seeking political power. Just as in important however are the things they don’t say, the little regard they have for the interest of the country.

The question, however, is how much? In the North Central, only Nasawara and Kogi couldn’t match that 300,000 tally of votes. But they were enough to deliver the zone to the APC and leading it to victory. There is no denying it, Senator Saraki was the most visible, high profile politician from the North Central staking his name and reputation on the Buhari candidacy. As president-elect, Buhari was however looking elsewhere for who to back as Senate President.

“When politicians rant about their grievances, as citizens and voters, we should listen. We should be especially attentive when their words are uttered in moments they believe very few are listening. In these unguarded complaints, we get a window into who they really are, and more important, their true purpose in seeking political power.”

Buhari was determined to zone the top position in the National Assembly to the Northeast where he garnered at least 2.8million votes. In Yobe, where the president’s preferred candidate emerged from, the people of the state gave him 450,000 votes. Of course, Saraki had other ideas and with his 300,000 votes. He felt he was more deserving to be senate president. And so, he plotted against the president, the party and eventually claiming his prize.

It wasn’t bad enough that he betrayed the party, humiliated the president and helped elect a deputy senate president from the main opposition party. He still felt he deserved more, much more. In the audio recording, he expressed frustration that as Senate President, he was being denied the power to control political appointments and extend privileges to his political foot soldiers.

The Senate president went on, mentioning agencies he would have liked to name their heads, describing what he wanted these executive positions for and how his appointees would be a conduit to draw finances from public funds.

What he had no appreciation for were the appointees that filled agency boards. This is a problem Buhari thought he had addressed in the early days of his administration when he denied governors the right to pick his ministers and key political appointees.

It was a decision that left many people aggrieved, including Bola Tinubu, who also couldn’t get his way. But everyone moved on; everyone but Saraki. All of his actions as Senate president and political leader in Kwara aim to right that wrong and are geared towards one goal: collecting what is due to him.

That is why he left the APC for the PDP. It is obvious that the interest of the country is secondary to his political interest and he has shown as much during his time leading the National Assembly. We can always point to instances when bills in the National Assembly were drafted to advance the political ambitions of individuals or sought to protect them from prosecution.

It is for this same reason that we have budgets that are ‘padded’. And until there is a leadership in the National Assembly who take patriotism to heart, the budgeting process will continue to put lawmakers first, ahead of people and country.

This brings us to Saraki’s expectations from Atiku Abubakar and the PDP should they emerged victorious at the elections. There is a story that remains untold about how Atiku emerged as PDP presidential candidate. The bigger mystery is whether someone else picked his running mate, Peter Obi, for him.

But it is the Senate president who is taking centre stage as the backbone of the PDP campaign. Just for being the President of the Senate, chances are Saraki already believes Atiku owes him or owes Kwara. He has a funny way of equating his ambition and how others respond to it with the political standing of the state.

Even if it is a certainty that the Kwara people will follow their most prominent son and again deliver 300, 000 votes in 2019, but for PDP, will that be enough to make Atiku beholden to Saraki in the way the senate president believes he deserves?

It could be that the senator is bringing more money to the table than anybody else or has the capacity to deliver millions votes making him more valuable than any other politician in the PDP heading to 2019 elections. In fact, Saraki suggested in audio recording that he will get what is due to him from the PDP.

“It is not for nothing that Saraki craves the powers to control political appointment at the federal level. He was a product of this system. His entry into politics and subsequent election as governor was the making of his father, Olusola Saraki who was patron back then.”

The trial of the Senate president at the Code of Conduct Tribunal has been described as political persecution. Former Lagos governor Bola Tinubu was even accused of being behind the now ended trial. An end to the trial and his acquittal by the Supreme Court hasn’t changed certain facts.

As far back 2003, he claimed to have been worth close to N10bn in his asset declaration form. And here he is today boasting to have spent N200 million, N300m and even as much as N400m in each of the 30 states where he campaigned with President Buhari back in 2015.

That would lead to anything between N6bn and N10bn. That would be all of his assets and cash acquired over two decades or at the very least, half his net worth assuming he has managed to double the value of his assets since the 2003 declaration. N10bn would still be a lot of money to spend on just one election.

If anything, this raises more questions about the finances of the Senate president and where all of this money is coming from. But to ask about it could be considered a political witch hunt.

It is not for nothing that Saraki craves the powers to control political appointment at the federal level. He was a product of this system. His entry into politics and subsequent election as governor was the making of his father, Olusola Saraki who was patron back then. Only the Senate president doesn’t like it when someone calls the shots. It didn’t take him long to ditch his father and become a man of his own.

The same codes he lives by are what have brought Bola Tinubu political success. Yet, Saraki won’t take orders from Tinubu but wants to continue giving orders in Kwara. That’s understandable for someone determined to chart his own course in politics.

Saraki could be right. Maybe he was a major financier of Buhari’s 2015 election. Maybe  his support was the most critical in getting APC elected. But there is no reason why he should expect President Buhari to extend a courtesy to him that he couldn’t extend to his own father.