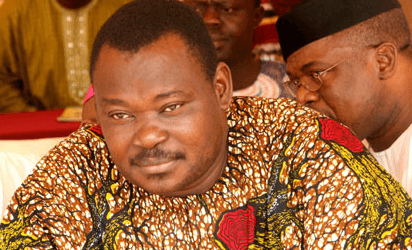 When it comes to drama on the international stage, Africans – especially Nigerians – are undoubtedly something else. In the comic movie, Coming To America, this propensity is aptly depicted when a black prince leaves his African roots to sojourn in the acclaimed God’s own country.

Born with a silver spoon, the good-looking prince (acted by Eddie Murphy) dazzles everyone on arrival in the United States.

Well, something similar happened recently when the 2015 set of students graduated from the iconic Cambridge University in the United Kingdom. Out of about 80 students, Nigerian-born Jimoh Ibrahim, the maverick billionaire, was the only black.

Not only that, he was one of the three star students that crossed the 60 percent cumulative score. Sensationally still, Jimoh Ibrahim, fondly called “Araba” by admirers, is pursuing another Master in Business Administration (MBA) at the equally exclusive Oxford University simultaneously elsewhere in the United Kingdom.

The real drama came when it was time for the crowd of relations of the graduating students to file onto the lush garden at the senate building for the ceremony proper.

Ibrahim drove in in his milk-coloured Rolls Royce. Never one to spare any measure, the Ondo-born business magnate flew into town a large crowd of family members and close friends to witness his day of glory at the 860-year-old Cambridge University reputed to have produced close to 30 Nobel laureates including our own Professor Wole Soyinka.

Seeing Ibrahim’s large entourage that day, one of his white classmates exclaimed mischievously: “Hey, it’s like you brought your entire village to attend this event.”

Not one to duck, Araba fired back with a bit of magisterial pride: “You should have expected that. I told you I am an African prince. The delegation is from my kingdom.”

Talk of the Nigerian swagger.