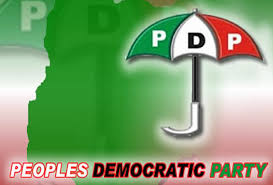 Once upon a time, the Peoples Democratic Party (PDP) styled itself the “biggest party on the African continent” destined to rule uninterrupted “for sixty years in the first instance.”
Well, man proposes and God, as they say, Disposes. By 2015, it turned out that the prophecy of “sixty” would become “sixteen” years. It has taken the recent affirmation of Ali Modu Sheriff as the authentic chairman by the Appeal Court for the erstwhile ruling party to be derided with new names by mischief-makers. On account of the seemingly intractable squabbles bedevilling the party, and maybe also mindful of victims of internal strife officially classified as IDPs (internally displaced persons), PDP is now unfairly pronounced as Politically Displaced Persons.
Before now, rivals had pelted the party with all kinds of invectives through the corruption of its names, like Peoples Destroying People, Papa Deceives Pikin, Pikin Deceives Papa, Poverty Development Party, etc.
Of course, name-calling is not a new pastime among leading political parties in Nigeria. Today’s ruling party, All Progressives Congress (APC), is pooh-poohed as All Promises Cancelled following its perceived failure, or inability, to deliver on key campaign promises.