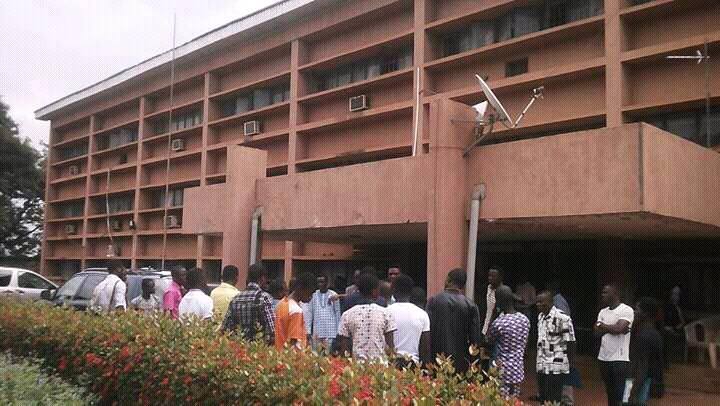 The parasite that ruins a vegetable, they say, is often embedded in its very stem. This is absolutely true of a flying company that recently slipped into severe turbulence. Recall that the Oga Patapata of the outfit and his workers opened their shop for business one morning, only for truckloads of goons to descend on their flying park, claiming to be enforcing a court order to take over the outfit over some “gbese” they were owing.

It turned out that the so-called order was nothing but what our comrades in Labour circles derisively call “black market injunction” since the supposed defendants in the matter were never put on notice before it was issued.

To many observers, the entire proceeding that day was distasteful. Well, we save the details for another day.

The gist for today is the Judas role played by the guy the Oga Patapata of the company had treated as a son and made second calabash of the flying company when the going was good. His motives were noble and patriotic. Since Oga hails from the oil-producing part of the kingdom, he thought he was building a bridge of unity by giving the plum post to the chap who hails from Arewa land.

Curiously, after rehabilitating this chap with the plum appointment, the Oga of the company came under severe pressure from those who knew better that he was harbouring a snake; that his many iniquities cost him his last job.

But, Oga, a communion-taking Catholic, would not budge.

Alas, that decision became his undoing.

Though certificated as driver of a flying bus himself, this chap was virtually picked up from the gutter by the founder of the company. He was booted out with ignominy at his previous work place which, statutorily, is the one that tells whether a flying bus will operate or not based on the windy condition of the sky.

Recall that this chap was appointed the head of another flying company by the very notorious shylock (public money-lender) the very day they took over his erstwhile benefactor’s company. It was no coincidence. It was meant to be a compensation for the dirty job he did by informing on his former boss, writing fictitious “inside reports” on the company’s financial status upon which the shylock struck.

The story is not ended. Stay tuned.