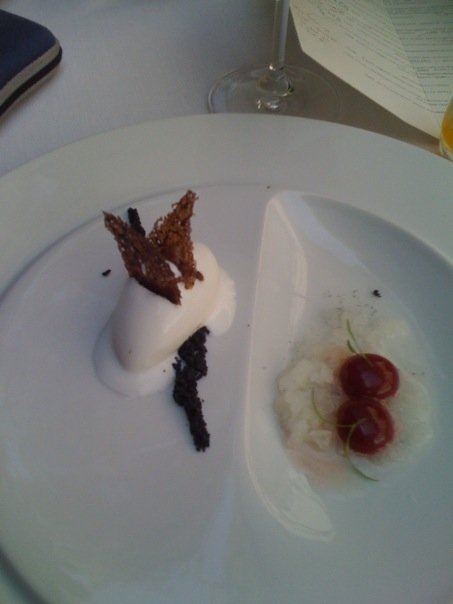 Two things bring Nigerians together: food and football.  Despite our differences, we share a love for common dishes and for the ‘beautiful game’. Given that I don’t know much about the latter, I had better focus on what I do know.  I have always thought that Nigeria should be on the world tourist map – age-old and interesting culture, beautiful scenery and yet-to-be-discovered culinary delights.

For many tourists, food plays a huge part in their understanding of a new place. Some people say you can understand a people through their food.

Someone asked me to recommend popular gastronomic destinations. It’s a bit of a tough one to answer. It would depend on what you like to eat. I suppose the most obvious one is Paris and then parts of Italy such as Puglia, Tuscany and Liguria.

However, in recent years, tastes have changed as people have become more interested in foodie holidays. Other countries have started to shine on the culinary map (Malaysia, South Korea, Denmark and Chile to mention a few).

A memorable family holiday in 2009 was to San Sebastián in the Basque region of Spain..  At the time, it had the honour of having several three Michelin starred restaurants including one featuring a female chef, Elena Arzak, named as the best female chef in the world in 2012.

San Sebastián is a beautiful city in the North of Spain. Not a huge place which makes the number of Michelin stars (19) that they hold all the more remarkable. Definitely a place to visit if you love food. We had an amazing three-hour, 13-course meal at Restaurante Martin Berasategui.  We got to meet Martin himself and he kindly gave us a tour around his kitchen where my children were treated to tidbits by the very friendly chefs.

At the time, I have to say that Spain was probably the most exciting gastronomy destination in Europe, in my opinion (and that of many other foodies).  Ferran Adrià, the father of “molecular gastronomy” was creating dishes in ways no one had ever seen before, using chemicals such as gelling agents, emulsifiers, acidifiers and equipment perhaps more suited to a chemistry lab.

Chef Ferran’s influence is obvious in the cooking of many modern chefs. The photograph I have chosen to illustrate this piece was one of the desserts that we ate in San Sebastián. Described on the menu as “Coal crumbs with frozen yoghurt and little acid touches of strawberries, lemon grass and passion fruit”. Thestrawberry bubbles were created by adding calcium and agar powder to strawberry juice. The explosion of flavour as I bit on each one was a delightful surprise. Ferran refers to his cooking asdeconstructivist – ‘Taking a dish that is well known and transforming all its ingredients, or part of them; then modifying the dish’s texture, form and/or its temperature. Deconstructed, such a dish will preserve its essence but its appearance will be radically different from the original’s …  to “provide unexpected contrasts of flavour, temperature and texture. Nothing is what it seems. The idea is to provoke, surprise and delight the diner. That was certainly our experience.

I cannot end this piece without talking about the city I live in. For years, British food was the butt of many a joke. This is no longer the case and indeed, London and many other British cities now feature on the world culinary map. There are many world famous British Celebrity Chefs. One of my favourites is Heston Blumenthal (and not just because we share the same birthday), the owner of The Fat Duck in Berkshire, one of four restaurants in Great Britain with three Michelin Stars. What I love most about him is his innovative approach to cooking and applying science to his recipes, often consulting with scientists as he develops new dishes. He is probably most famous for his ‘Snail Porridge’ and his triple-cooked chips. The latter now features on many a London menu.

One thing I do hope to see in my lifetime is Nigeria as a tourist destination, not just for our rich culture but also for our many and varied dishes.