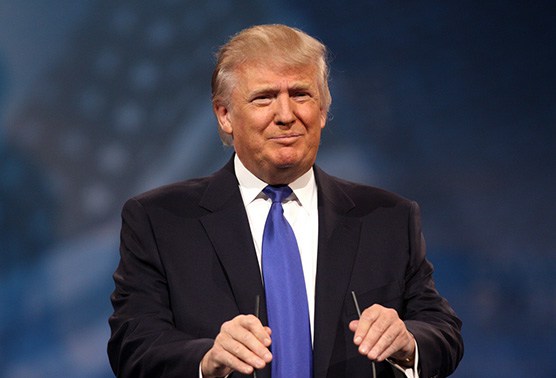 American businessman, Donald Trump, has been elected the 45th president of the United States on the platform of the Republican Party.

His victory is seen by analysts as a major surprise, having gone undetected by several major polls conducted in the country in the last days running to the election.

Mrs. Clinton, a former Secretary of State and wife of ex-President Bill Clinton, had managed to run a more disciplined campaign than Mr. Trump. Major opinion polls had predicted her victory.

She stayed away from addressing supporters at her campaign headquarters on Wednesday morning.

Her campaign manager, John Podesta, indicated she would not give a speech until later in the day.

Despite running an ugly and vicious campaign, Mr. Trump gained early momentum by picking swing states like Florida and Ohio early in the night, sealing the victory with Pennsylvania.

The Republican Party also held on to the U.S. Congress with majority in both the House and Senate.

Mr. Trump has already given his victory speech. He admitted that he received a congratulatory phone call from Hilary Clinton and congratulated her for running a though campaign. He also thanked her for her service to the U.S. and pledged to unite the country.

“I say it is time for us to come together as one united people,” he said.

“I pledge… that I will be president of all Americans,” he said, adding that “America will no longer settle for anything less than the best.”