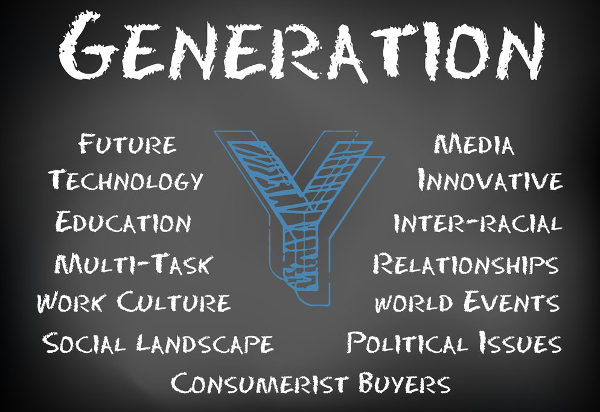 The hybridisation of the Nigerian millennial can be directly traced to larger issues including emigration of previous generations post colonialism, globalisation, proliferation of technology and such like.

The Nigerian millennial is a complex and often confusing catchall terminology. Depending on socio-economic class and geographical location, the millennial possesses idiosyncrasies that cannot be mirrored by others from other classes or locations. For example, a millennial from the bourgeoisie class living in rural environs deep in the Southern part of the country might first identify as a Niger Deltan, then Nigerian and quite possibly a Chelsea man.

These are the guiding forces on how he identifies – his region, his country and then his football. Juxtapose his identity to the Nigerian girl, who isn’t really Nigerian because she was born in England to a Nigerian father and Swiss mother, schooled in Paris and Amsterdam, and now works in a private equity firm in Silicon Valley. For her, the guiding forces on how she identifies is inexact. She is a citizen of a borderless world, one where the only divide is the cost of a flight ticket and skin color.

Identity is the foundation of who we are and what we can be, it is an anchor in times of uncertainty. This is particularly important in an anthropological context and a modern one. To truly understand who we are, we must set our sights towards the past, while maintaining grip of our future.

The baby boomers (born between 1946-1964) and Generation X (born between 1965-1978), progenitors of millennials present a crucial perspective through which we cancontextualise the nuances of their progeny. Through their parents they’ve developed their own moral code, religious leanings, political ideology and work ethic.

Baby boomers were influenced by the Second World War, fight for independence and personal characteristics will usually include conservative political and religious leanings, tremendous work ethic, distrust of the technology revolution among others. Generation X parents will have been influenced by similar issues as the preceding generations, in addition to the civil war, military rule and the rise and rise of technology. They are relatively, in comparison to baby boomers, tech savvy, possess a uniquely entrepreneurial spirit and straddle between a conservative and liberal ideology on religion and politics.

The millennial, as progeny of earlier generations is hard to fit into a neat label. At points, they mirror their parents, entirely unaware of this fact, at others they differ greatly. Where their parents’ identity is deeply rooted in national identity as highlighted by their multilingual skills, political participation and deep understanding of culture and history, they seek freedom from the burden of identity.

Millennials defy categorisation and the limitation that come with being fit into a predefined box of expectations and characterizations. Why? Entitlement, mostly. On the back of the sweat and blood of baby boomers and Generation X, millennials will inherit a world that just works; no wars to fight, a roof over their heads, sturdy political system, iPhone’s. They have had it easy, easier than most. But entitlement, while an accurate descriptor, is hardly the sole reason. Unburdened from the chains of tradition, they can aspire to self-actualization, while not seemingly as tangible an aspiration as the need for security or belonging mostly realized by previous generations, its fulfilment is the next, and possibly final, evolution of who we are.

A generation hopelessly lost in the throes of purpose in the search of something greater than self, is one that is incredibly important in fully realizing our potential as a collective people. Of course, the crucial question is the means through which they will realize this end. At work, they want freedom to fully realise their creative bent without bottlenecks like bureaucracy, rigid working hours among others.

They want to create a new world, their world, at their pace and in their likeness. An open and entirely flexible world where the limits are those imposed on imagination. The entitlement they have leveraged throughout their lives is quite ironically not an impediment towards the intense desire to establish their markings on a world that is entirely theirs. Organisations that refuse to bend to the will of the millennial will suffer from high turnover rates, stifled productivity and unfulfilled potential.

As an employer, you should look to fully tap into the potential the millennial introduces to the workforce by allowing flexible working conditions, leverage on cutting edge technology, pay compensation commensurate to skill and allow them the space to redefine your system to work in their world.

Millennials don’t understand the dichotomy between work and play; to them, both are indistinguishable. Work as play, play as work. They want to work on things that they are most passionate about, and this incidentally eliminates the tedium generally associated with what is now an archaic version of work.Technology has also played a huge role in bridging the divide between work and play; with one device you can send off an important business email and fire off a witty tweet to your social network.

Traditional forms of play like vacations, clubbing, remain popular avenues to let off steam, but similar to a more westernised Generation X, there is propensity to experiment with recreational drugs and their bodies. While they are clearly a more liberal generation than preceding ones, they still embrace traditionalist concepts like religion largely inculcated throughout their growing years.

However, they are more likely to question the very idea of religion and the existence of a higher power; where necessary, they will bend the rigid structure of religion to fit their lifestyles and popular culture and if no congruency can exist, they will abandon the concept entirely.

Social issues are of crucial importance to this generation. They understand that equality between the sexes and amongst races is essential in preserving order in the globalized world they have inherited from their progenitors and realising the blueprints of their own world. It is a generation of self-involved people, with a burning desire to affect factors outside themselves; a most ponderous contradiction.

In their defence, the collective only gains from the betterment of the individual. Over the next decade or two they will make tremendous strides in solving monumental social issues that have plagued mankind by leveraging on their favorite tool- technology.

Drones that deliver blood to previously unreachable rural areas, Massive Open Online Courses (MOOC) that finally ensure that education is a right freely available to any and all, are merely a few examples of how they will lead us into a future that shines bright into the perfect day.