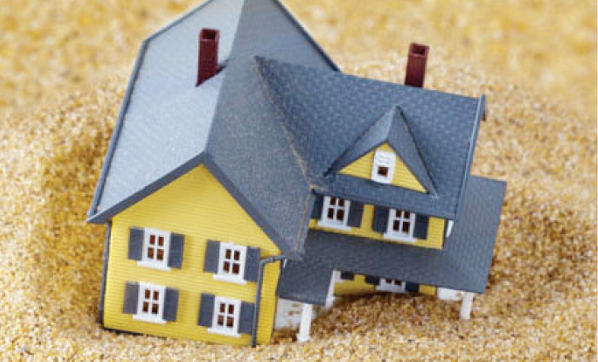 ”Who wishes to speak?” So began each session of the Athenian Assembly.  The Assembly, comprised of adult Athenian males, gathered to debate, discuss and vote on issues that affected practically every facet of Athenian life, matters of peace and war, of public interest and private, diplomatic relations and religious activities.

Considered the earliest known direct democracy, the Athenians did not elect representatives to legislate on their behalf but voted for the policies themselves in a consensus. The Assembly could not function without the express guarantee of freedom of speech. All members of the Assembly were given their due, irrespective of social class or age.  In matters that required specific technical knowledge, pride of place was given to members of the Assembly learned in the particular field or skill.

The character Socrates in Plato’s Protagoras says that “when the Athenian Assembly is discussing construction, the citizens call for builders to speak, and when it is discussing the construction of ships, they call for shipwrights, but if anyone else, whom the people do not regard as a craftsman, attempts to advise them, no matter how handsome and wealthy and well-born he may be, not one of these things induces them to accept him; they merely laugh him to scorn and shout him down, until either the speaker retires from his attempt overborne by the clamour, or the Archers pull him from his place or turn him out altogether by order of the presiding officials”. Where discussion concerned issues regarding the governance of the city, all were allowed to say their mind.

No other direct democracy of later periods has been as extensively documented and studied. Its very conception and execution are remarkable feats of political imagination and administrative audacity. But there are obvious limitations of the Athenian model; it required a small population, with a strong enough economy to give its citizens the leisure to engage in politics and compensate poorer members for attendance. Furthermore, it was not very inclusive: women and slaves were not permitted to take part in the Assembly. The system has since lost favour, as the emergence of stronger modern Western nation-states and the fall of monarchy gave rise to the concept of representative democracy – a system of government more suited for larger population figures than the Athenians. It was founded on the principles of popular sovereignty: the doctrine that sovereign power is vested in the people and the creation and sustenance of government is a function of the people’s will, enacted through elected representatives, political equality; the doctrine that all citizens deserve equal consideration under the law, and political liberty; the doctrine that citizens should be allowed to express their liberty up to the point which their liberty does not infringe upon the liberty of others.

These principles find their greatest expression in the party system. The views and opinions of a constituency, public policy priorities are articulated in the actions, values and policy leanings of the parties which vie for control of government. Political parties exist, in essence, as instigators and promoters of political interest and participation, and are therefore necessary for the functioning of any modern democracy.  They serve as institutionalized middlemen between the public and legislators, as they are the vehicles through which the diverse interests in a society are aggregated and codified into clear actionable policies. Through party platforms, citizens who are socially unequal can be actively, if indirectly, involved in the formulation of policy and the decisions which determine a government’s position within and outside its borders. The interaction of differing parties allows for the balancing out of opposing ideas and aims, which ultimately promote national interest and ensure that proposed laws are judicious and effective. Parties also work to socialize and educate citizens in the operation of the political and electoral system, fostering a knowledgeable and engaging electorate.

A year before a hard won independence from our beleaguered colonial masters in 1960, three major political parties ran in an anticipatory election. The three major parties were the National Council of Nigeria and the Cameroons (NCNC), the Northern People’s Congress (NPC) and the Action Group. But most importantly, these parties were formed along ethnical lines. The Eastern region, largely comprising the Igbos, controlled the NCNC; the Northern region, largely comprising Hausa Fulanis, controlled the, you guessed it, NPC,and the Western region, almost entirely made up of Yorubas, controlled the AG.

That the founding parties of the Nigerian political system were formed on the basis of ethnicity is of little surprise. Before and during colonialism, we practised separatist forms of government within ethnical and geographical boundaries. Each region and, worse still, sub-region functioned insularly, and the rift between one region and the other only grew over time till the chasm was wide enough to fit a presidential fleet. This rift is now often overlooked like it was then, because we have been told so frequently and fastidiously that we are stronger together. How many times have you suffered through a broom analogy typically told to highlight the need for our togetherness in spite of painfully obvious differences? NCNC and NPC’s failed coalition formed after no party won a majority in the 1959 election is a testament to the reality that we can, and should, be stronger together, apart. The reason for this abject and mismatched failure of a coalition? The Igbos disagreed with the results of the 1963 population census, citing concerns that Hausa Fulani numbers were grossly overestimated in a bid to prop up Northern region’s representation in parliament.

In a bid to do away with our colonial masters, we shrouded our differences with a cloth made entirely of ‘nationalism’. A unified front was an absolute necessity to get rid of the thing around our neck, and it is an irony of epic proportions that disunited political parties fronted a movement that sought to unify all peoples. Nearly 60 years later, everything has changed, and yet everything has somehow stayed the same.

We perpetuate the importance of granular community over a collective body and, in the process, cut off the nose to spite the face. The founding parties would only replicate this vicious cycle of tribalism for years to come, in different forms and meaningless words that form ubiquitous acronyms. When we finally managed to rise beyond tribalist politics, largely precipitated by the need for a formidable front in a globalized world, we moved on to a more unifying foundation for our politics, one that would transcend tribe and geographical boundaries- money. The advent of the now infamous ‘bag of rice’ politics was sudden and merciless. We were a people striving for more, albeit for ourselves and our brothers, and with the alacrity of a legislator padding a budget, we sold our souls to our thieving overlords in exchange for cold hard cash and a staple carb fueled dinner. We evolved from a predominantly tribalist political system to a capitalist one with more than a hint of a unique type of tribalism, the type that had gone abroad for a few years and returned with an accent and tastefully refined condescension, the type we now insidiously refer to as ‘federal character’.

The common denominator between both systems is the glaring lack of an underlying ideology. For example, in South Africa, the African National Congress, founded in 1912, was at the forefront of the struggle against apartheid and played a role in the proliferation of black political action. The party is aligned with the principles of social democracy which is an ideology based on the liberty of the individual from an overbearing government, equality in the eyes of the law and solidarity amongst people.

Philips W. Shively defines an ideology as “a continually developing, organized set of ideas about politics that helps us to make sense of the myriad political questions that face us.” Ideology is the bedrock from which a party’s ideals, aims and character grow. It is the equalizer, what brings the hardworking Iya Basira, your gaudily dressed neighbourhood Yahoo Yahoo Boy and the aspirational Lagos Big Boy under one Dame Patience branded umbrella. This ideology is what ensures grassroots participation in politics, because the primary mark of a thriving government is the betterment of its least advantaged people.

In 2004, Jerry Gana, a former minister of information and PDP advocate, said: ‘’In terms of cohesion and firm ideological learning, there is a problem….’’ In short, Nigerian political parties have always lacked a cohesive ideology to drive home the meaning and purpose of their politics to the people. They have failed miserably at both optics and messaging, and instead focused on infighting and creating internal factions that only reproduce the failings of the previous generations. Perhaps these failings might have been considered innocuous six decades ago but today’s stakes are higher, the stability of nation-states less certain, the challenges of the coming more daunting. If Nigeria is to make considerable strides on the world stage, it would need to have stronger policies and, in order to enact them, it would need robust political parties built on comprehensive ideas and motivations.

Globalization has made the world smaller and it has become more difficult to hide in our little corner, ignoring issues of international resonance such as gender equality, sustainable environmental development and safeguarding the global commons. The country is positioned to herald a more unified African front, but this also cannot be achieved without the activities of dynamic and farsighted political parties which can champion an inclusive Nigeria and, consequently, a stronger Africa. We must insist on the creation of political parties that we can rally behind, parties with a purpose that we can fight for and, come what may, die for. The greatest sacrifice in the history of civilization is to lay one’s self down for the advancement of others. This only happens when purpose meets opportunity; there must be a profound meaning behind this sacrifice, not in scale or scope, but in impact. We must reach beyond self, beyond the greedy accumulation of wealth, beyond arbitrary geographical boundaries and archaic cultures and customs. At this crossroad, we must lay it all down, to advance the collective body.

We deserve a political party that we can entrust with representing our values and wishes, not merely for good roads and schools, but in the more tenuous realm of honest service and commitment; symbiotically, a party that entrusts us with upholding the highest ideals of citizenship, that challenges us to think beyond our immediate problems and to re-imagine Nigeria and her story until we are all a significant part of it, not as members of one ethnic group or the other but as partakers in a collective reality.

After decades of mindless rhetoric, this is a call to arms.

“Who wishes to speak?”