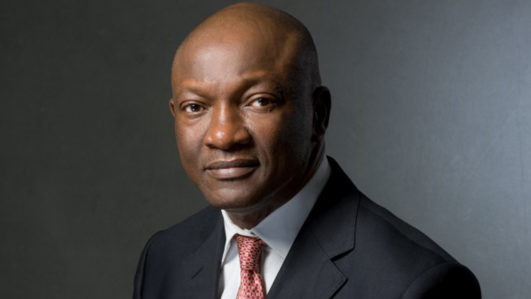 In this interview immediately after the opposition PDP announced in Port Harcourt that its caretaker committee will continue in office for one more year, one of the 57 chairmanship aspirants and former governorship candidate for Lagos, Mr. Jimi Agbaje, granted us an interview on the PDP, his ambition and the state of Lagos:
Were you surprised by the news that the interim executive will be given one more year to act?
We all went to Port Harcourt with the mindset that we would get this Convention over and done with, because this was the second attempt. But in warfare, you hope for the best and prepare for the worst-case scenario. You do not underestimate your enemy; you make contingency plans. Therefore, the party leadership considered several scenarios. One of these was what panned out. We went for the fall-back position.
Is the postponement a victory for Ali Modu Sheriff?
The question is, Is SARS the enemy here? I don’t know what others think, but Sheriff is simply a pawn in a game that is bigger than him. He is a puppet in the hands of some forces. The real enemies here are those who have sworn to see that democracy does not thrive. These forces have turned themselves into enemies of democracy. Democracy must have a strong opposition. Take the cases of the UK and the US. You will find a healthy balance of the two dominant parties, and none tries to wipe out the other. That is democracy. Here in Nigeria, the party in government, the ruling party today wants to hold on to power at all costs, and there, they believe that that unpatriotic ideal can only be attained by using all means to keep the PDP from rearing its head.
Share with us, how did the party reach the decision?
I think the Publicity Secretary of the Caretaker Committee, Barrister Dayo Adeyeye, has addressed the press on that and stated the official side of the decision.
How does this decision affect your plans and ambition?
No, this is definitely not about Jimi Agbaje. I am a party loyalist to the core and I flow with what has happened. And in fact, I was part of the decision-making process that led to this postponement. This party must survive. But I can assure you that we are on course. My only pain is that the party is suffering this delay at a time when most of the party leaders would have preferred us to move beyond the setting up and settling down the NEC and CWC.
Chief Bode George, one of the contestants, asked you to step down for him. Is that door open anytime soon?
We have gone beyond any talk of stepping down. If you know PDP, you will acknowledge that this is the most democratic party in this country today. Our credentials on internal democracy are sacrosanct and formidable. As at this morning, delegates were ready to vote and pick their party leaders, before the postponement was announced. So we have really, really gone beyond the issue of somebody stepping down for anybody. I have the greatest respect for the Chief, but this issue is no longer in his hand or mine. Let the party members decide whom they want to lead the party.
The PDP does not appear to have learnt any lessons. Did you expect this rowdy transfer of power to a new executive?
Rowdiness, intrigues, they are all part of democracy. And what lesson do you think PDP needs to learn? Has APC learnt any lesson? Does internal democracy flourish in APC today? PDP will bounce back then we shall know who needs to learn a lesson or not. But suffice to say that PDP remains the real bastion of democracy; and left alone, without external meddling and meddlesomeness by the ruling party, we would have democratically settled the matter of who leads the party in PH this week.
If you decided not to run in future, who among the remaining 56 would you wish to win?
God willing, I am in the race to win, and I shall run.
You appear to be in a crowd of strange bedfellows. Do you feel that way?
Recall that I was in AD, which became AC then ACN and is today APC. So, I have some experience of the characters and personae in each of these parties. I can assure you that PDP has made a better job of creating a level playing field for contesting and competing politicians. Take that from me. APC today in the South-West is being dictated by one interest in a very undemocratic manner. That is really where you find strange bedfellows.
Is Lagos finally out of the reach of the PDP? Do you still have an eye on governorship?
God knows and time will tell. But I can assure you that my last election demonstrated that Lagos is, and Lagosians are, not only hungry but ready for change. And it will happen, very, very soon.