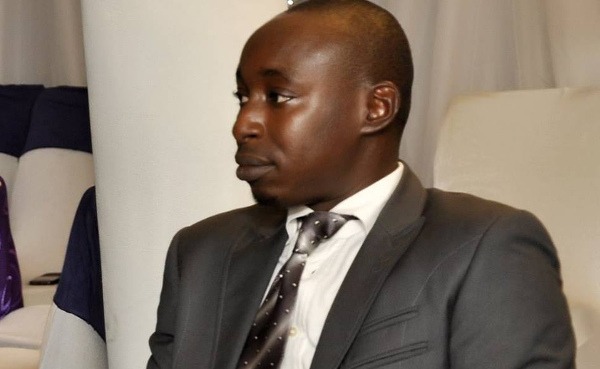 Abubakar Sidiq Usman the blogger detained by the Economic and Financial Crimes Commission on allegations of “cyber-stalking,” is not a stranger to controversy. He once tackled Doyin Okupe, spokesman on public affairs under former President Olusegun Obasanjo. In this interview, Usman shares his EFCC story – and had a word or two for Okupe:

You were arrested for “cyber-stalking.” Did the EFCC show you any evidence during your detention?

The EFCC showed me a couple of documents, but I do not consider any of them as evidence for the “cyber-stalking” allegations they said I committed.

What types of documents did they show you?

Last week, you published a story that the EFCC acting chairman was bullying his staff. How?

Well, I published an opinion article written by someone that I presume has the information that the EFCC chairman was bullying his staff. I think the article should have explained how. If it didn’t, then the author of the article will be in the best position to answer that question, not me.

What was the title of the article and would you still consider it fair comment?

The articles are more than one, so I can’t begin to give the titles. But a good number of them were published and concern the former chairman, Ibrahim Larmode. Yes, I still and will forever consider them fair comment because like I told the EFCC operatives and have been able to prove beyond reasonable doubt,  the articles were written as opinion articles.  I only provided the platform for them to be able to air their views. Thankfully, one of the authors whose name is clearly written in all the publications she authored and which I published, came out a few hours after my arrest to state that she authored the publications. 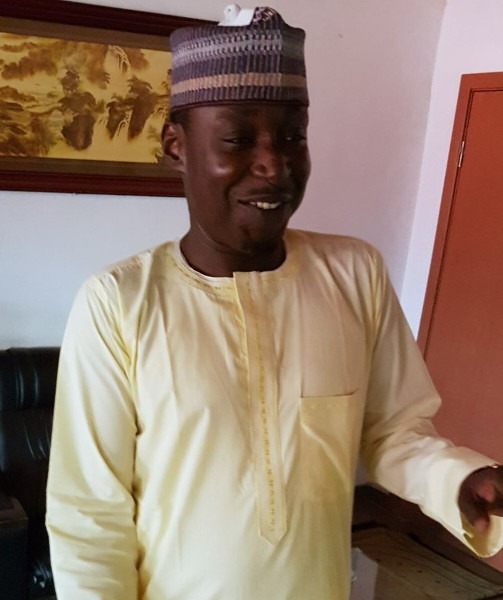 What were the conditions for your bail?

You once told Doyin Okupe that you would not be invited by the EFCC because you will not steal the kind of money PDP stole. Do you think Okupe will be laughing now?

Let me corect something. I never said I will not steal the kind of money PDP stole. I didn’t even mention PDP in my statement. What I said was that the EFCC would never have any reason to invite me because I won’t steal money. Well, it is different now. I have been invited, but thankfully, it wasn’t because of any financial crime. Now, to answer your question. I do not think Okupe should be laughing. As a matter of fact, I think he should celebrate with me by buying me a bottle of very expensive wine. He said that low people like me would never have the privilege to be invited by the EFCC and I responded that I will only be invited if I stole money. Of course, I will not steal anybody’s money. So, if he considers it an achievement to be in EFCC’s  detention, then we are now at par, because I have also had the “achievement” of being in EFCC detention. The difference is that while I was arrested, he was invited. What makes sense to me is that while he was alleged to have dipped his hand in the government’s pie, I was only alleged to be “cyber-stalking.”

Were you serious when you threatened to report Okupe to the EFCC for tweeting when he said he was ill?

I was never serious about that statement. It was only a banter. Truth is that I didn’t see the need for Okupe’s attack on me especially when he started it with curses on me and my family. I simply published the story that was used by many other platforms. As a matter of fact, I took that story from either Punch or Premium Times and I duly acknowledged the source. So it was not like I did anything outside what was already on other platforms. But Okupe chose to rain curses on me alone. If you followed our conversation, you would see that I didn’t return any of his insults. So, saying that I was going to report him to the EFCC (since contrary to what the public was led to believe he had sufficiently recovered at the time to tweet), was just my own way of keeping him on a leash. I’m glad I did so. It’s none of my business going to report him to the EFCC. The case was between him and the Federal Government.

You are the third blogger to be arrested under the Cyber Crime law passed in 2015. Does this bother you?

It does bother me and I think it calls for all concerned to rise up and challenge it. I have said it before that the cyber crime law was a deliberate act by people who do not want their illegal activities exposed. Unfortunately, we all went to sleep when it was being passed. While there are provisions in the law that I believe should stay especially given the rate at which the cyber space is being used to commit financial crimes, there are certain provisions that were inserted, deliberately, to frustrate freedom of speech. If that law was to be fully implemented, a lot of people won’t be able to air their opinions in this country and that includes journalists.

You were a staunch supporter of the youth wing of the ruling APC. How did you fall out with the government?

I didn’t fall out with the government. I didn’t fall out with my party, the APC and I don’t think I ever will. I have no reason to. I was told that an online platform quoted me as saying that “the Buhari government has failed me.” I never said so. What I said was that “this is a government that I fought for. But occurrences like these are not the experiences that myself and millions of Nigerians have fought for.”  What I was simply trying to say there is that we fought for this government hoping that this kind of impunity, which were prevalent in the past, will be checked and stopped by those who want to work in the change government. So I don’t understand how that means the government has failed me. How can anybody put such words in my mouth? The Buhari I know will never do that. He is a man of honour and integrity. He is a man who is set to put this country on the right path and he will not do anything to jeopardize that resolve. Nigerians have always advocated for strong institutions and that is what Buhari has done with the EFCC, but if the EFCC chairman feels he can use his powers to harass and intimidate citizens, then the people concerned should take necessary action. We cannot hand over sensitive organizations like EFCC to persons who will use it to pursue a personal agenda. They can come and arrest me again, but I will always say the truth. As I speak, my phones, laptops and other items they seized from me are still with them. Why are they holding them? What has those things got to do with the cyber-stalking? So again, this has got nothing to do with the Buhari government?

How can you claim you were misrepresented when your remarks on your blog clearly indicate you feIt letdown by the government?

The government is not an individual. There are institutions in the government and that was what I was referring to in my blog; not Buhari.

What is your next move?

We have filed a suit in court challenging the breach of my fundamental human rights including the invasion of my privacy. As a matter of fact, I was still in detention when I directed my lawyer to file the suit and he complied immediately. You will be hearing more about the suit as it proceeds. We are determined to see to the end of this kind of impunity.