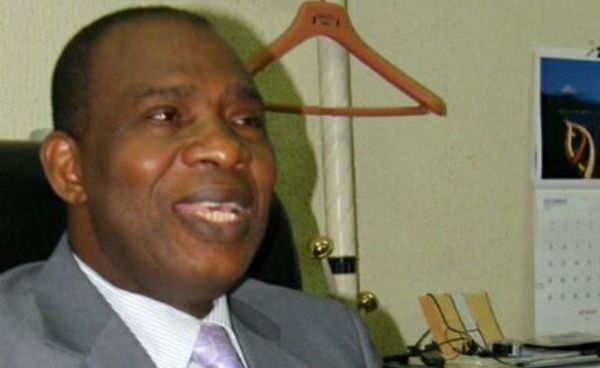 The general business forecast is that 2016 will not be a significantly better year than 2015. What immediate steps would you recommend for small businesses to hedge against erosion of their investments?

The outgoing year was indeed quite challenging. The electioneering campaign with all the uncertainties that came with it, the change of government and the current effort of the new government to settle down and the dip in oil revenue, which is the country’s main source of income, all contributed to make 2015 the year it was. Being the optimist that I am, I don’t expect the incoming year to be as rough as the outgoing. But it will still be understandably tough doing business in it. Demand will be made on the citizens to tighten their belts. I expect this to be the case until either oil prices rebound or we are able to find other sources as dependable foreign exchange earners. For small businesses, it will be wise to study government’s economic policy direction in the New Year before deciding which way to go. It always makes sense to do that.

Traders, especially those involved in imports, have taken a serious hit from the over 30 per cent devaluation of the Naira and the restrictions by the Central Bank. How are your businesses dealing with these challenges?

It’s not easy. But having gone into business more than 30 years ago at a time when the economic climate in the country was not much different from what it is now is helping us in a sense, as we are able to fall back on the lessons learnt during that period. But I have to admit, it is a herculean task.

If an investor has only N5million and is looking for the best way to use his money in early 2016, should he be looking at stocks, treasury bills or cottage farming?

The up and down nature of the stock market does not make it an attractive vehicle for an investor that is looking for a good return on his investment, unless he is interested in holding the stocks for a long time. Treasury bills are usually a better investment option. Cottage farming would have been a good idea but for crop failure. You cannot always bet on it.

You have a range of successful publishing businesses and you are an author of several books on entrepreneurship. How have you stayed in black at a time when it is believed that most people, especially the younger generation, are migrating from print?

Publishing business is no longer what it used to be. That is the stark reality today. Online publishing has interrupted the industry. Diversification is the only way to stay afloat. Technology is changing the way people get their news. You have to follow the trail or you will be left behind.

Are there particular emerging opportunities that you see in 2016 that entrepreneurs need to keep their sights on?

The marketplace is dynamic. There are new things popping up here and there. As technology extends its reach to practically every aspect of our lives, the Internet will continue to change the way we do business. For instance, a small business in my remote village that can get online can set up shop and have customers in far-flung places like Japan and Australia; provided it has products or services that somebody in those places wants to buy. That is a trend that is already taking firm root. And I will encourage the small business owner in Nigeria to think global. It is easier today than at any other time in human history. Courier services, which merchants depend on to ship goods, will continue to be a vibrant sector for new investors.

Where do you think the biggest threats to small businesses will come from in 2016?

I expect it to still be in the area of funding. Small businesses have always found it difficult to raise capital, whether it is for expansion or seed capital. I don’t imagine that will change. Another threat small businesses will have to deal with is absence of disposable income. Some state governments are already complaining that they may not be able to pay their workers the minimum wage. If workers are not guaranteed their salaries, small businesses are in for a real rough time.

The FG is planning an N8trillion plus budget in 2016. If you had the knife, which sector would take the largest slice and why?

That is a tough one. Every sector of the economy is yearning for attention; education, agriculture, health, roads, transportation, power, housing… Name it. They all are in need of substantial budgetary allocation. Not to talk of much of our infrastructure that is outdated or dilapidated, which need to be replaced and new ones provided. All these are some of the things that will make the anticipated N8trillion budget to even seem inadequate. I will single out education, health, agriculture and power as deserving more attention.

As a result of the introduction of the TSA, a large source of public funds has been shaved off the banks, potentially increasing the cost of funds. Do you think this move will adversely affect interest rates in 2016?

The introduction of TSA is a good thing for Nigeria, if well managed. But it will create a new set of challenges for the banks. They will now have to be more aggressive in sourcing for funds from their customers to fill the vacuum created by the withdrawal of government funds. Some of the banks are having issues with their CAR already. That tells you what lies ahead. But the CBN recently reduced interest rates from 13 per cent to 11 per cent. This is encouraging and a step in the right direction. It is left to be seen how the banks translate that gesture into their lending scheme of things.

If you were to make three requests of government for small businesses in the 2016 financial year, what would they be?

I would ask that a speedy and more permanent solution be found to power generation and distribution, because steady power supply will impact small businesses greatly. My next request would be that access to funds should be relaxed and made available for small businesses and lastly, there should be streamlining of multiple taxation, which right now is practically killing businesses, small and big.

Most start-ups still complain bitterly about funding. Do you think they are dealing with the wrong problem or are they looking in the wrong places for help?

Because of the long-held view that most would-be entrepreneurs generally lack adequate knowledge to manage the money available to them at start-up, lenders are usually wary when it comes to providing funds for beginner entrepreneurs. And I think that is where the problem lies. But the start-up entrepreneur’s complaint is genuine. A start-up that goes the extra mile in presenting a solid business plan and is able to demonstrate that he knows how to deploy the funds if he accesses them will stand a good chance of getting the seed capital. Especially if the start-up satisfies the proverbial six Cs of credit – Character, Capacity, Capital, Collateral, Conditions and Confidence – and can show that at least 25% of his own money is already invested in the business. Share your personal financial goals for 2016 with us. My financial goal for 2016 will not be different from what it has been for many years now. I will continue to live within my income so that I can stay out of debt.

Is it a waste of time to make business resolutions for the New Year? Are there key financial principles you think people should focus on instead?

The tried and tested principle of always saving for investment, no matter how small, still sounds good to me. This is often a lifesaver, if you can implement it.

There is concern that taxes may go up in 2016, to make up the shortfall in oil revenue. Do you think we need more taxes?

I definitely expect taxes to go up. This is because I have come to realise that taxes are one of the sources of funding for government. But two things are of serious concern to me as far as taxes go. The first is will the government have something to show for taxes collected? And the second is how will government check arbitrariness in the process of tax collection? It is my hope that the President will continue to tighten the screws in every source of leakage in government’s finances so that money collected as tax can be used for enduring investment in infrastructure and other areas that are crying for government attention now. As for arbitrariness in tax collection, government should make it easier for taxpayers, especially businesses, to pay their taxes. The current practice whereby businesses are at the mercy of tax officials is not good enough. It is really a disincentive to tax payment.

Where should anyone desirous to make savings in 2016 be looking?

The best way that I know to make savings, whether it’s in government, a business or as an individual, is to keep looking for waste that creeps into spending during buoyant times, which go unchecked. Blocking such leaks and saving the money usually proves helpful.

There appears to be a mushrooming of agencies trying to help government get more money. How do you handle the multiplicity of agencies and levies?

Is it really possible for anyone to handle these multiple agencies trying to get their share of the cake you have toiled hard to bake? They are all government agencies mind you, backed by authority that issues from government. It’s not as if you can challenge them in court and win. Even if you could, who wants to go to court and get distracted from his business? And what about the cost of prosecuting the case? I will only appeal to the government to streamline the agencies. I know that’s a tough call, because the various governments are all scrambling to get additional sources of income to shore up their dwindling revenue. Going after businesses, large and small, is one easy way for them to achieve this goal. That’s why it will be difficult for them to hold back. But they should realise that these multiple levies are killing businesses. When businesses fold as a result of finding it difficult to stay afloat because of all these levies, everybody – the businesses and the government agencies – are the losers.