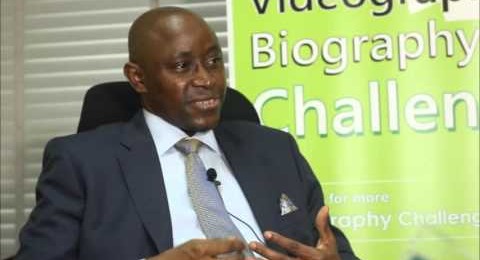 Alhaji Ariyo Olushekun is the immediate past president of the Chartered Institute of Stockbrokers (CIS) and fellow of the Institute of Chartered Accountants of Nigeria (ICAN) among other positions he has held and presently holds on various boards and committees of the stock exchange and financial sector in general. He has over 18 years’ experience in investment banking and here speaks with The Interview on the economicoutlook for the country in 2016.

The Nigerian Stock Exchange has reportedly lost over N2trillion since May 2015. Do you see the trend reversing itself before the end of second quarter 2016?

The Nigerian capital market has sustained a bearish run in the last two quarters and the market is expected to continue to remain soft in the interim. This is because the market has been characterised by eroded investor confidence, poor performance by some listed companies and low sentiments from investors who are in the dark about the economic policies of the government. The fall in oil prices, dithering by the Central Bank of Nigeria (CBN) on forex policies, corruption allegations against past governments, drop in gross domestic product (GDP) and rising unemployment have all contributed to the negative outlook of the Nigerian economy, thus damaging investor sentiment further. However, a change in market sentiment is anticipated in the medium to long term as the economy is set on a stronger growth momentum in 2016. Economic activities are anticipated to improve and corporate earnings and performance should mirror the economic outlook. The key drivers of the change in market sentiment and a boost in investor confidence that will lead to an upbeat performance of the market by the second quarter of 2016 include the success of the President Buhari-led Federal Government at articulating a fiscal plan that can revive the economy, investment in key infrastructure such as transport and power, support for SMEs, domestic agriculture and agro-based industries, reduction in government overheads, removal of unproductive spending such as subsidy and a stable exchange rate.

Top officials of the Buhari administration have said that portfolio investors started to leave even before the new government assumed office in May, out of fear of a chaotic transition. Do you think that was really why they left, or there was a deeper problem?

The withdrawal of portfolio investors was hinged on a number of issues, which include the tapering of Quantitative Easing by the United States in 2014, which had a negative impact in 2014; the general slowdown in global economy, which poses considerable headwinds for emerging economies like Nigeria; lower global oil prices that have weakened the revenue base of the Federal Government since late 2014, and the devaluation and continuous depreciation of the Naira, most especially in the parallel market amidst the CBN’s efforts to conserve external reserves. Also, unimpressive earnings posted by some companies underscore the tough operating environment of the economy.

Banks stocks, traditionally high flyers, have been under-performing lately. Where else do you think investors should be looking to secure their investments in 2016?

Some of the top banking stocks still hold high value and good fundamentals and are expected to still give good returns to investors. However, investors can take advantage of the lowly priced consumer goods’ stocks, as the fortunes of these companies are expected to improve against the backdrop of the expansionary plans of the government and in the long-run, the improved enabling environment will trickle down into the earnings of these companies and increase the overall returns for investors. The government is planning a N6trillion budget for 2016, up from N4trillion in 2015, but the price of oil is $38 today and forecasted to still fall. By how much do you think taxes may be raised in 2016? It is unlikely that taxes will be raised in 2016. Some companies might even enjoy tax relief. What I expect to happen is an improvement in the administration of tax in the country. The government has considered this and hopes to increase its Internally Generated Revenue (IGR) by improving effectiveness of processes, broadening the tax base/bracket and reducing tax evasion. I believe these are the mandates of the new leadership at the Federal Inland Revenue Service.

Apart from taxes and recovered looted funds, where else do you think the government will find money to bridge the deficit?

The deficit could further be financed from savings from the blocking of fiscal leaks in such areas as subsidy payments, effective management of the civil service particularly, control of personnel and pension costs, sale of idle assets to raise funds and ensuring strict compliance with the implementation of the Treasury Single Account (TSA) by Ministries, Departments and Agencies (MDAs) on remittance of funds to the federation account.

The disparity between the official and the parallel market exchange rates continues to create serious distortions in forex management. Some have even predicted that the parallel market rate could go as high as N300 to the US Dollar in 2016. Do you think that’s overstated?

While the predicted parallel exchange rate may seem overstated, the dithering by the CBN on forex policies has continued to support the position of speculators on possible devaluation of the Naira. This has been further exacerbated by the continuous decline in oil prices, which now puts a lot of pressure on our external reserves and has reduced the ability of the CBN to meet genuine forex demand.

What key steps do you think businesses, especially small businesses, need to take to secure their performance in 2016?

The government is proposing to stimulate the economy, making it more competitive, by focusing on infrastructural development and diversification through import substitution and export promotion. The government also plans a reduction in tax rates for smaller businesses as well as subsidised funding for sectors such as agriculture and solid minerals. The imperative action for small business owners is alignment of their business strategies and plans with the emerging opportunities that will come with these policies and other emerging changes in 2016. These include innovation and development through utilisation of information communication technology, relationships with Business Development Service Providers (BDSPs) to be better positioned for funding opportunities and tax reliefs, capacity development through increased training and education to enhance managerial skills and technical abilities of employees and strategic risk management to remain competitive within a year that could be remarkable, yet challenging.

Does Buhari’s cabinet give you confidence that the country could finally be headed in the right direction?

There is no basis to doubt the ability of the President, as well as other members of the cabinet, to drive good policy initiatives, effectively manage the economy, meet all other expectations of the citizens and also fulfil the promises on which they were offered the mandate to govern. However, the five-month delay in forming the cabinet and the deteriorating macroeconomic fundamentals, lingering fuel crisis and seemingly sustained insurgency have eroded the goodwill and confidence of the people that was present during the transition period. It is therefore imperative for the government to identify and implement some quick wins or low hanging fruits, in order to regain the waning goodwill and confidence of the people.

Which three sectors do you think carry the biggest promise of performance and efficient returns in 2016?

The consumer goods, the industrial goods and the conglomerate sectors. The huge budget being proposed, which signals improved capital spending, is expected to stimulate the economy and these three sectors are expected to take ample benefits from this.

If an investor had only N2m savings – or less – to invest in stocks in 2016 what sort of portfolio would you recommend?

A well diversified growth portfolio. The extended bear run in the market has left some fundamentally sound stocks trading at very low prices and most are below their intrinsic value. This leaves great opportunity in the medium to long term and largely favours a growth portfolio strategy. Savvy investors can therefore explore the benefits of the low prices of strong and fundamental stocks with good historical performance, sound management and dividends payment.

What are your financial/business resolutions for 2016?

Year 2016 is expected to be a remarkable and yet challenging year. It is therefore important to have a good strategy for the management of our finances and businesses. My resolutions for 2016 include careful appraisal of the environment before making any new investment, prudent funds management and staying as close as possible to cash or near cash instruments – cash is king.

Do you think the government needs to announce an economic team with a defined mandate?

Yes, the government needs to put together an economic team with a clear and defined mandate. The team would be required, particularly, to assist the government in evaluating diverse options and policies that can help propel and accelerate economic growth that will drive employment and sustainable development. We are in a challenging period that requires challenging solutions and deviation from past errors, where everything relied on the government. At this critical point in our history, we require the input of good people from the private and public sectors of the economy that will drive the positive and developmental changes that we all desire.