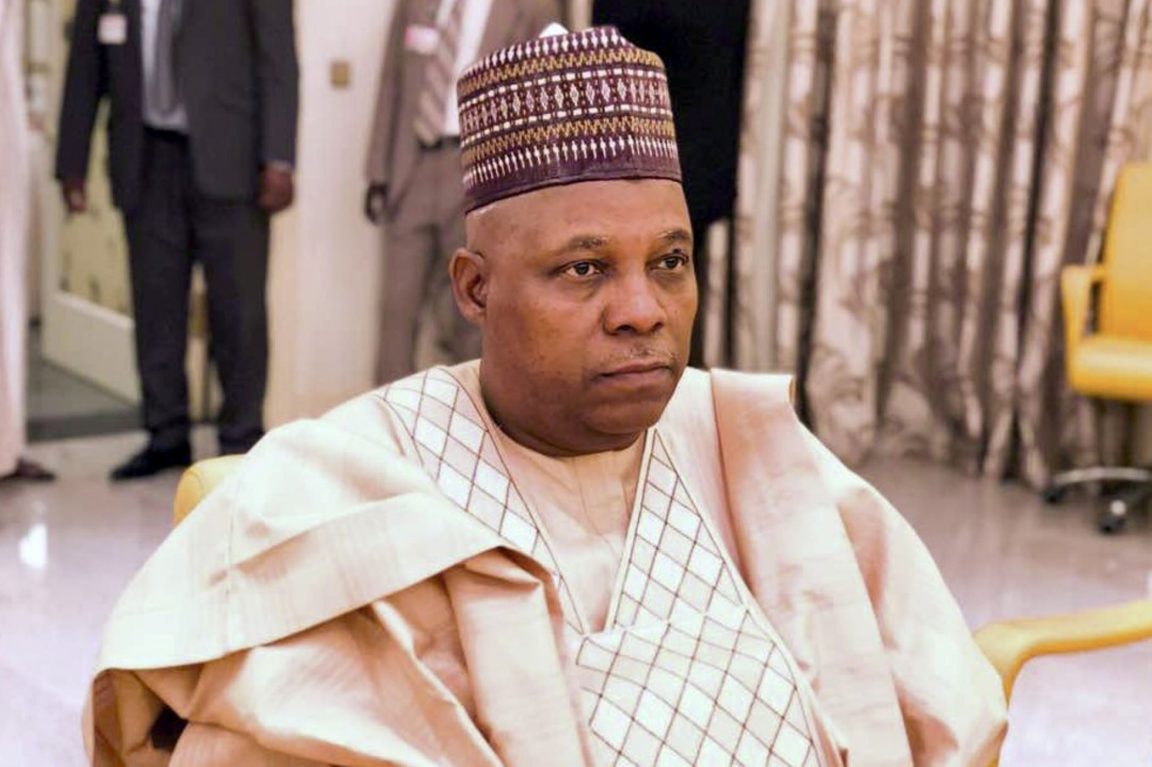 Asiwaju Bola Tinubu, the All Progressives Congress (APC) presidential candidate for 2023 poll, says he decided to pick Sen. Kashim Shettima as his running mate, because he possessed one of the best credentials for the election.

Tinubu announced Shettima as his running mate in a letter personally signed on Sunday in Daura, when he paid Sallah homage on President Muhammadu Buhari.

Shettima born on September 2, 1966 and currently represents Borno Central at the National Assembly.

“Today I announce the selection of Sen. Kashim Shettima as my partner and running mate in the mission to advance and reclaim the fortunes of this great country and the hopes of its people.

“Shettima’s career in politics and beyond shows that he is eminently qualified not only to deliver that all important electoral victory, but, also, step into the shoes of the Vice-President.

“As a man with the talent, maturity, strength of character, and patriotism, he has my implicit confidence and faith.

“I am aware that many will continue focus on a particular detail, the question of his faith,” Tinubu said.

He added, ”If we truly understood the challenges upon us a country, we must also see the imperative of placing competence in governance above religious sentiments.

“In 1993, Nigerians embrace Chief MKO Abiola and a fellow Muslim running mate, Baba Gana Kingibe in one of the country’s fairest elections ever held.

“The spirit of 1993 is upon us again in 2023, adding that the ticket the APC is presenting, represents a milestone in the country’s political history.

“The ticket symbolises the party’s determination to be a leading light among political parties in Africa.

“The democratic process and the decorum that characterised our presidential primaries and the selection of our Vice-Presidential candidate exemplifies why we are the party of the people and of the betterment of their future.”

Tinubu said that the choice of Shettima would further brighten the APC chances at the poll.

“With this selection the APC surely shall continue to be the party that shows the way and carries this nation towards its best future.

“I implore you all to join me on this journey to a brighter future, as we enter a moment of renewed hope, we have the chance to move the nation and our collective cause forward as never before.

“We seize the moment so that history may write kindly of us, it is time to focus with utmost devotion and love of country to do all we could to advance the ideals of democratic and progressive good governance in the land,” he said.

Tinubu said that APC was focused on tackling the country’s numerous challenges.

“Together, we must end poverty and bring greater prosperity and more lasting peace, we should be wise of thought yet courageous in action.

“As we embark on a collective enterprise that brings jobs, education, food, medicine, hope and belief in a better life to those who need them.

“I stand ready to begin this journey with you, hopefully, to lead the nation on this needed path as your next president by the grace of God.

“I believe this is a pivotal moment at which the dynamics of history and destiny call us forth to reshape our beloved nation, this is our moment,”he said.

Tinubu said that he had submitted his documents to the Independent National Electoral Commission (INEC) shortly after winning the APC presidential ticket.

“In full compliance with existing law and regulation, I submitted all necessary documents regarding my nomination as the APC presidential candidate to the Independent National Electoral Commission (INEC).

“The choice of my Vice-Presidential running mate has remained an open and burning question which gave rise to much speculation and debate.

“What I am, however, is a democrat, and a democrat must listen to, and consult with the people and his advisors so that he may reform and govern wisely and on their behalf.

“This I have done, my political career was not built on blind indifference to the views of others,” he said.

Tinubu added, ”I appreciate the perspectives of leading members of the party, political allies and key national figures who see Nigeria’s future as I do. They gave me their views.

“So that I might add their valuable insights to mine to reach the best decision possible and do so in a manner that strengthens the institutional fabric of our party as well as accelerating the evolution of our political democracy.”