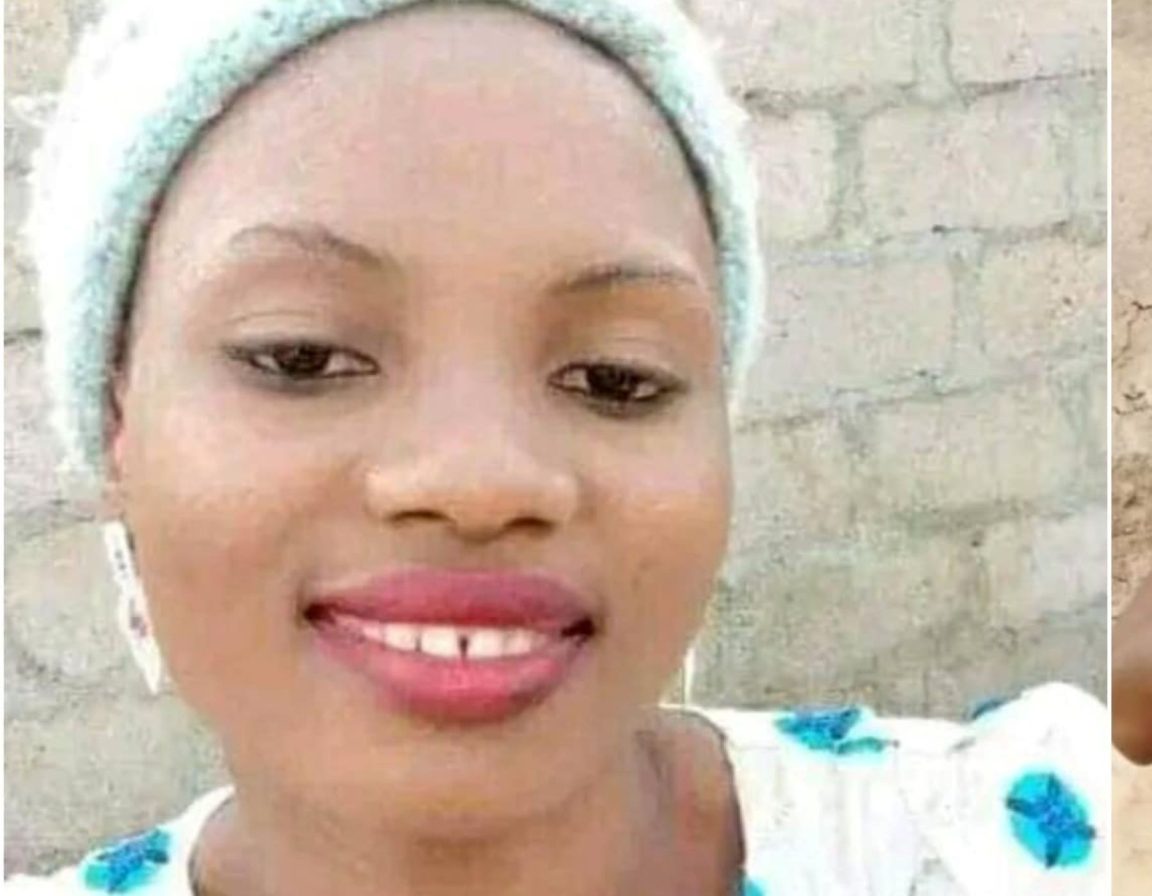 Deborah Samuel was beaten and burnt to death by her school mates in Sokoto State.
125
SHARES
ShareTweetShare
ShareRepostPinterest

Most reactions tailing the horrific murder of a female student in Sokoto State are emotional.

After emotions subside, Nigerians will likely move on.

We have seen religions murders too many times and whining about it will not be a deterrent to the bigoted morons in search of mayhem.

What can make a difference is to cast an unbiased look on religion as an instrument of political power in Northern Nigeria and its impact on the rest of the country.

Until we do that, we are likely to go through these phases of rage and emotions every few years until it spills over into complete national anarchy.

The emotive expressions related to the murder of Miss Deborah Yakubu leave me with an unsettling feeling that the needless waste of precious lives will continue.

It is time to discharge emotions, stepping back to understand the causes of religious violence, for without analyzing the root cause of an issue you cannot find a solution?

There has been a preponderance of materials in the mass and social media clarifying the Islamic position on blasphemy, the accusation that led to the street justice meted to the victim.

Many of the comments converge on the idea that the Quran forbid any kind of harm.

But there are also minority views, particularly from core Northern states, including a state commissioner, who held that the penalty for blasphemy is death by whatever means.

Opinions will always differ on matters of religion.

In a lawful democratic society, using religious doctrines to explain criminal law is a deformation.

Nigerians are subject to the constitution and the rule of law for crime and punishment.

That is the reason we must begin by asking if Nigeria is ruled by law or not.

If Nigerians accept that the rule of law is irrelevant to our system, then the matter is settled – the anarchy in Sokoto must be accepted.

However, if Nigeria is a nation of law, this is time to ask why 34 lawyers, including a professor, all certified by the Nigeria Law School, will quickly rush in defence of the atrocious killers in Sokoto.

What would give some errant bigots the boldness to dispense punishment to a citizen and then go about committing further arson?

Who determines that blasphemy has been committed?

To understand why Christians and people of southern origin continue to die in the hands of violent Islamic extremists in Northern Nigeria, one must go back to the history, the constitutional development and systemic powerplay

Even if the alleged blasphemy were to have been committed, the victim who was not a Muslim.

The only way Deborah could have been found guilty was in a secular court since the laws of Islam, Sharia, would not be inapplicable to a Christian.

And if by ruse, she was to have been found guilty in a Sharia court, judgement would not be executed by fellow students who beat her to death in a manner so despicable that even an animal cannot be so treated.

But these are all hypothetical scenarios, because hateful people have done the damage already.

To understand why Christians and people of southern origin continue to die in the hands of violent Islamic extremists in Northern Nigeria, one must go back to the history, the constitutional development and systemic powerplay.

The problem of religion with violence is not caused by the basic tenets of any religion; but is a result of political handling, application and engineering.

After all, the two religions operate harmoniously in much of southern Nigeria. The problem is always in the north, so we must ask why.

There is a differentiation of religion and civil life in the south but the northern traditional and political elite have always wrapped state authority around religion to control the legal, social, political and educational life of their people.

This is nothing new; it has always been so.

When the Christian missionaries arrived Nigeria in the 1800s, the inroads they made in the south quickly led to a wall in the north.

There was a pact between the traditional and political establishment and the British that religion was a forbidden fruit for white people in the north.

Lord Lugard did not welcome missionaries coming from his own country, as the north had been fortified against other religions.

It was settled that the people of Northern Nigeria must not enjoy the freedom of religion.

The north was open to education but not religion. It explains why the north is predominantly Muslim.

As the nation evolved, these dynamics of dichotomy remained.

The north and the south knew each was flying in a different trajectory but the British managed to force a union in 1960.

The post-colonial Nigerian state was delivered with an unresolved fundamental question of whether it is a secular society or a theocracy.

Where the north saw a Muslim majority nation of the future, the south could only see a democracy, where religion would remain a private matter for the citizen.

When the south rejoiced over Wole Soyinka’s Nobel Prize, the north found its own joy in Abubakar Gumi’s King Faisal International Award.

A modern Nigerian nation could not be built on a common dream and Nigeria remains in this state of dissimilar visions.

There is a lot of evidence to point to the failure to resolve the differences of birth.

And it is the silence over the issue and the failure of other Nigerians to demand for a pure secular state that leads to repetitions of sorrow across the homes of Christians in the north.

On the Nigerian paper currency are Arabic inscriptions.

No one has ever been able to explain officially why they are there except to satisfy just one culture among many.

In the mid-80s, when a northern military leader, General Ibrahim Babangida, enrolled Nigeria in an Islamic organization, the first salvo at formalizing theocracy in Nigeria was fired.

Without the approval of the governing organs of the Federal Military Government, Babangida organized a mission led by a non-member of the Government, the Sultan of Sokoto, to formally admit Nigeria into the Organization of Islamic Conference (OIC).

When the then Chief of General Staff, Commodore Ebitu Ukiwe, complained that he could not remember the matter coming to the decision-making Armed Forces Ruling Council (AFRC), he was dismissed from service.

And because such religious undertones in governance were never resolved, a further emboldened northern elite under the current democratic system gradually eroded fundamental freedoms of religion and speech, by unfittingly imposing Sharia law in a secular constitutional arrangement.

The resurgence of violence against Christians comes against the backdrop of the imposition of Sharia law systems in the north, which was ignited by the passion by some to one-day experience an Islamic Nigeria.

If every Nigerian is made to believe there is only one system of law – that which comes through the constitution – the thought of jungle religious justice on a matter not settled by national law would not arise.

Deborah’s hacking is a product of the influences of political leaders who use religion to control the lives of their people.

The perpetrators were a charged battery spilling with negative energy, a ticking bomb that needed only a small spark to explode.

While many Muslims may disagree with the gruesome murder of Deborah, we certainly have in our midst Islamic thinkers and political leaders in who are opposed to secularization and democracy.

Sharia should be foreign to the Nigerian criminal judicial system, but as a result of the failure to agree to what kind of nation Nigeria should be, Sharia is being applied in full.

The attempt to turn religious law into a regulatory framework for all citizens is the catalyst for violence.

No one says that Sharia law has no place in culture and tradition of northerners.

As with customary courts, Sharia could apply to Muslims who agree to its rules on marriage, divorce, inheritance and child custody.

But the invasion of hotels by religious police to seize and destroy people’s legally purchased goods is not the kind of Nigeria most of us bargained for.

It encourages barbaric killing and other crimes in the name of religion.

Instead of being a voluntary religious court for minor cases among its adherents, Sharia has become a competing legal system, through which people of other faiths are tried and unconstitutionally punished for rules under a religion they do not subscribe to.

It is such an attitude that creates an environment where some misled citizens believe they can behead human beings, raze properties and enforce their will unhindered.

Nigeria is not Saudi Arabia. Even in a theocracy, where all of that is acceptable, there is order too.

Secularization is non-negotiable for the dastardly murders to stop.

Every Nigerian is entitled to fundamental rights as written in the Nigerian constitution.

Every citizen is entitled to a day in court for any crime or offence.

For this reason, the hateful persons who killed Deborah have to face the consequence of the law.

If any part of the nation, people, religion or ethnic composition takes the position of interpreters and enforcers of virtue over others who may have a different belief, cultural or value system, and such issues are not allowed to be legally resolved in a competent court of justice in a fair manner, prepare for the evil day.

Nigeria can no longer travel without pausing to review the unresolved issue of absolute secularity.

If theocratic tendencies in the north are not put in check, then other Nigerians have a right to demand for a constitutional and legal environment under which they will feel safe.

It is the absence of such conversation that puts us in this never-ending loop of religions murders in a particular section of the country.

No longer should it be acceptable to keep mute over the unfairness and imbalance in the use of religion for the management of political and social destiny of Nigerians.

There is no middle ground: we are either all Muslims under the Sharia law, or all citizens under the secular constitution.