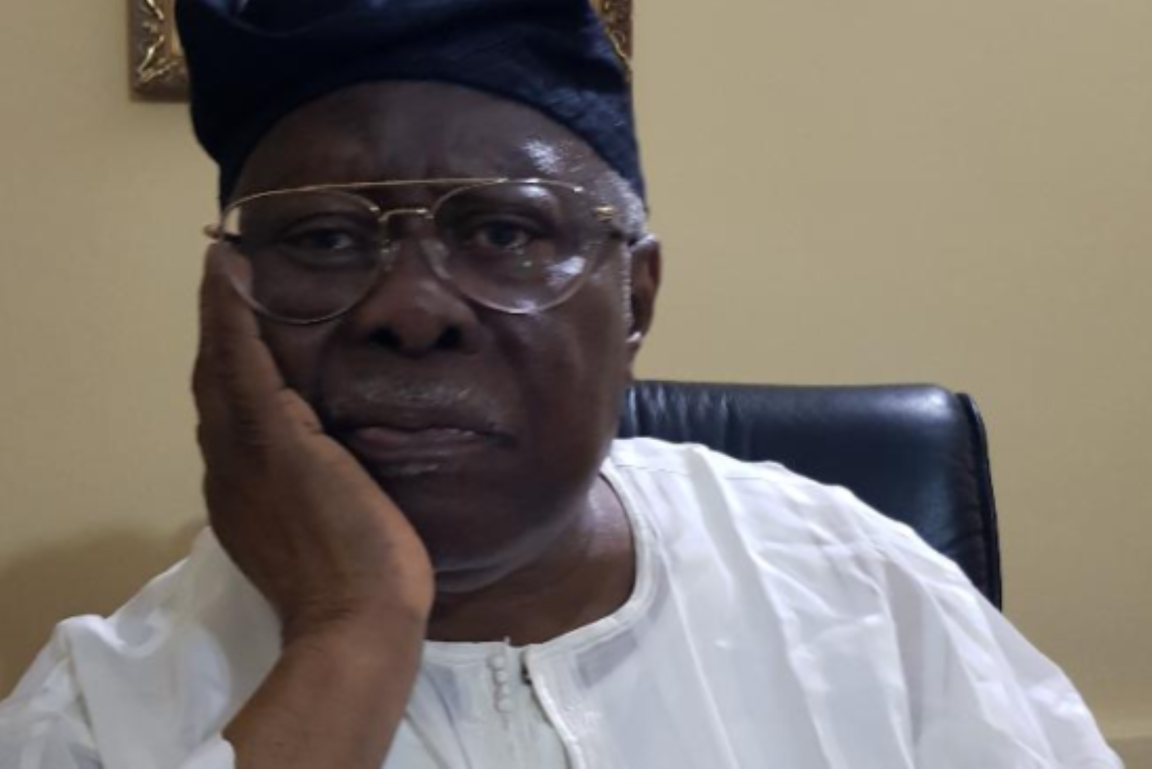 Chief Olabode George, a former Deputy National Chairman of the Peoples Democratic Party (PDP) has urged the party’s National Working Committee (NWC) to move the venue of its presidential primaries from Abuja to Lagos.

The PDP had fixed May 28 and 29 for its special convention, to choose the its presidential candidate for the 2023 general elections.

George, who made the appeal at the party’s stakeholders meeting in Ikoyi on Monday, said the step became imperative to forestall unnecessary clash with the ruling APC, which had also fixed its presidential primaries on May 30 and 31 in Abuja.

According to him, both the ruling party and the main opposition party cannot hold their presidential primaries in the same location at a very close date.

“Two rams do not drink from the same pot. I want to appeal publicly, move our convention away from Abuja and come to the city of Lagos. Why do we want to use the same location with the other political party?

“The biggest arena in Nigeria today by any yardstick is the Tafawa Balewa Square (TBS ) in Lagos. I am appealing because the consequences of ignoring the counsel may be dire.

“So, it is an appeal to members of the NWC to look at it, and prevent falling into any trap. Let APC hold theirs in Abuja and we hold ours here in Lagos.

“We must come to where we will showcase the oneness, indivisibility and love that we have among ourselves, and that is the essence of this convention.

“I am begging them to take a cursory and much deeper look and ensure that we do what will not be injurious to the mind of members and the members of the public,” George said.

He said the convention should impact positively on the minds of Nigerians who are not card carrying members, that PDP remained better managers.

According to him, everything needed to host a successful and hitch-free convention, without any encumbrance, is in Lagos.

On insecurity, the PDP chieftain, who urged leaders to guard against religious and ethnic clashes, said that Nigerians should be prayerful.

“We need to be very careful as a country. We need to be extremely prayerful. We have entered the journey into 2023. The situations generally are not heartwarming.

“I want to plead, whether you are a Christian or Muslim or a traditional worshippers, let us spend this particular week to fast and plead with God Almighty that the devil that has come into our nation will be expunged.

“We must be prayerful, we are entering the most dangerous season,” the PDP chieftain said.

He said the party leadership had appealed to everyone to be calm and allow all who had purchased the presidential forms to go to the field.

George, however, urged party leaders in Lagos state “to choose the most competent among the presidential aspirants- the one who will first of all, present Nigeria before himself, the one who will be prepared under any circumstances to bring succour to the people of this nation irrespective of tribe, creed, and religion.”

NAN reports that the event was attended by some party leaders in the state.