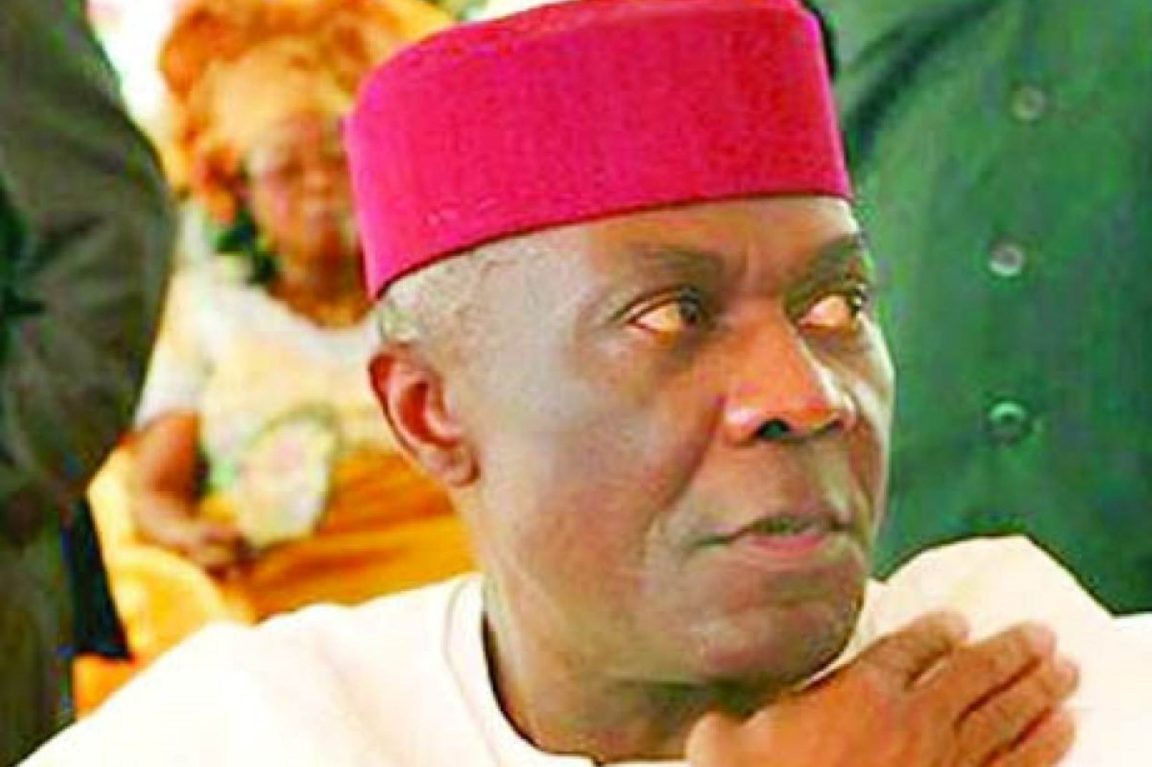 Although details of how he died had remained sketchy at the time of report, the News Agency of Nigeria (NAN) reports that Nzeribe would have been 84 years by Nov. 2.

A NAN Correspondent, who visited his palatial country home known as ‘Haven of Peace’, located at Egbuoma community in Oguta Local Government Area of Imo, reports that only a security guard was seen at the vicinity.

However, at his father’s compound in Umudei village in the same council area, a man, Mr. Justinian Nzeribe, who identified himself as the only surviving child of eight Nzeribe siblings, confirmed the death of the icon.

Mr. Justinian said he received the sad news at about 6:00 a.m. on Sunday.

“When I heard it, I summoned courage and took it as a rumour until around 12 noon when the traditional ruler of Oguta summoned me to break the news.

“He has been sick for years of stroke.

“He was a simple man. Despite being great, he would always ask you to stay out of trouble.

“He was a champion of peace and an icon of my time, who left a lot of legacies behind, both political and his life style,” he said.

The traditional ruler of Oguta, HRM Eze Nnani Chinedu Nzeribe as well as a political associate of the late icon and former deputy governor of the state, Mr Gerald Irona, said they would only speak after an official statement by family members.

His second wife is the sister of Hajia Asabe Yar’Adua, wife of the late General Shehu Musa Yar’Adua, who was brother of late President Umaru Yar’Adua.

Nzeribe lost his mother when he was a primary school pupil, while his father was away in Great Britain studying law.

His care was taken over by Catholic priests, who were involved in furthering his education.

He attended Bishop Shanahan College, Orlu and Holy Ghost College, Owerri. In 1957, he traveled to Lagos where he obtained employment with Nigeria’s Port Authority (NPA) as an engineering cadet.

By 1960, he was selling life insurance to black immigrants in Britain. Returning to Nigeria in 1961, he was briefly an employee of Shell, then for a few months an Air Force cadet. Thereafter, he worked for Gulf Oil at the firm’s Escravos facility.

Nzeribe soon left Gulf Oil and returned to London, where he opened Jeafan, a public relations firm, with one Ghanaian and two English partners.

The firm worked with a number of African diplomatic missions in London including the Ghana High Commission.

The well dressed and mannered Nzeribe was able to gain the confidence of a few notable clients and through the Ghana Commission, he met Kwame Nkrumah of Ghana and started to work for him in public relations.

Nkrumah also introduced him to other African leaders.