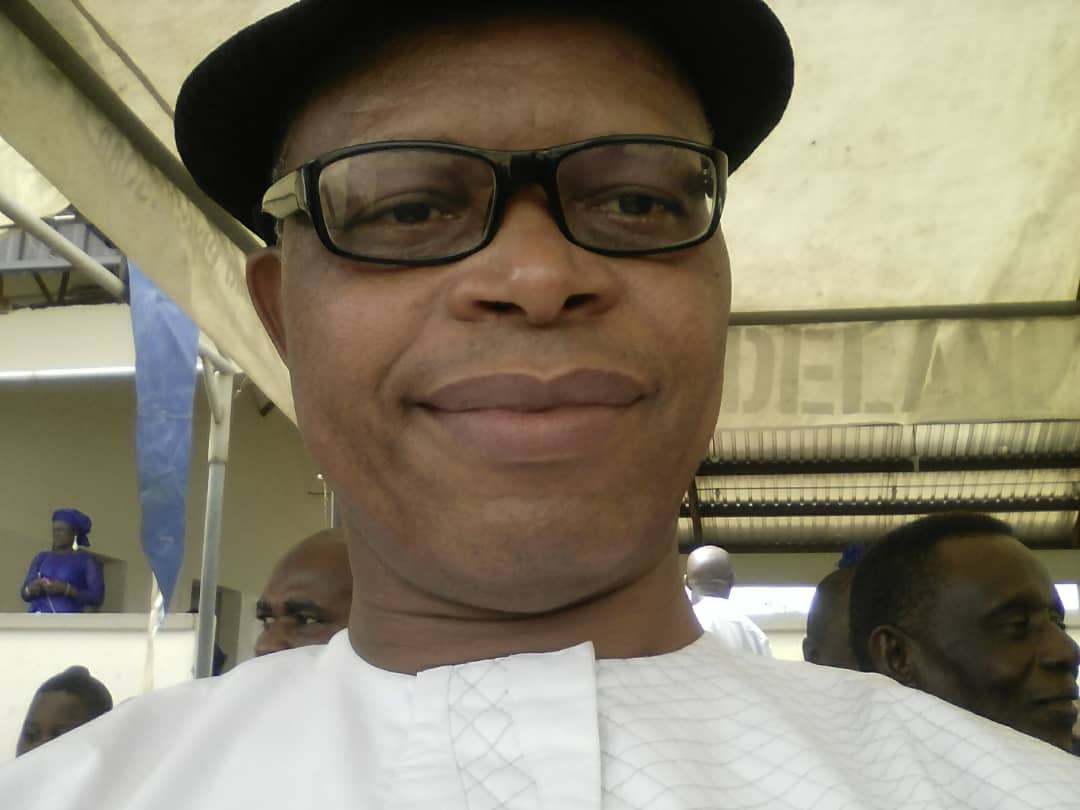 Steve Osuji is a member of the editorial board of The Nation and standing committee member of the Nigerian Guild of Editors / Photo credit: Steve Osuji
346
SHARES
ShareTweetShare
PinShareShareShareFlip

Member of the Editorial Board of The Nation and Standing Committee member of the Nigerian Guild of Editors, Mr. Steve Osuji, disagrees with the Guild’s electoral committee on the grounds for his disqualification and tells us why he thinks he should be in the presidential race that takes place on Saturday:

Why do you think there needs to be a change in the leadership of the Nigerian Guild of Editors?

As you know, the election comes up on Saturday. I have been in the executive for the past two years. I won election to be there.

I have seen the inside of it. From what I have seen, I think there is an urgent need for a change in the Guild.

Almost everyone outside knows that the Guild is as good as comatose. You have to be inside to appreciate how down it is.

The Guild is currently operating at less than 10 per cent of its huge capacity. The capacity was for the Guild to do great things, but it practically not doing anything right now.

Having seen from both the outside and the inside, I think there is a need for change. There needs to be change because a lot of people are disgruntled.

This constitution has been there for more than 25 years. There’s need for a major constitutional conference of stakeholders.

A lot of groups have emerged in the Guild like those from the social media. Now, people practicing journalism on the digital platform are probably more than practicing on the old platform of print.

So, that group is there. When the Guild started, it was a print platform and the print media people have been running it.

So other groups, the social media I talked about, even people working in government agencies feel left out and they are grumbling.

So, it calls for a major shift of paradigm. It was why I applied to run. I collected a form and I paid. But there is a problem right now.

They are telling me I can’t contest. The electoral committee said they have disqualified me. How can that be? How can I be disqualified on account of my membership? They say that I am not a full-fledged member.

It is absurd that somebody who is an elected executive member; because I now want to contest for the presidency, you look at our constitution, misrepresent it and say that I am an associate member

What were the exact reasons why you were disqualified?

They say they’ve disqualified me based on article three of the constitution. The article has two parts. The first part deals with who is a full member.

The second part is on who is an associate member. On the first part of being a full member, I am a full member.

But the second part of associate members, there is a clause there which has been misinterpreted and which they have applied to me claiming by implication that I am now an associate member because I don’t edit a title or I am not a managing director.

That is the explanation. It is ridiculous. It is absurd that somebody who is an elected executive member; because I now want to contest for the presidency, you look at our constitution, misrepresent it and say that I am an associate member.

On that account, I can’t contest. I have written protestation to the electoral committee headed by Mr. Ray Ekpu our revered pioneer in the Guild and other members.

I have written to stakeholders, former presidents, and some fellows to talk to them. It is absurd. This is not good for the Guild.

You can’t say Steve Osuji is not a full fledged member. Currently I work with the Nation Newspaper. I have been a member of the editorial board for the past 10 years or so.

My nomination letter was signed by my MD, Victor Ifijeh; and the chairman of my editorial board, Mr. Sam Omatseye.

In other words, they nominated me. I am a current executive. So how can you now turn around and say I am not a member?

If you are not allowed to contest on Saturday, what options are open to you?

I am still trying to talk to our leaders, our seniors to see reason, even though they have done so much damage on my candidacy.

If they saw reason and reverse it, that would be great. I will contest. If they don’t reverse it, I will challenge it in court. Even if the elections are done.

The result can still be reversed. That is what I want to do.

On the constitution of the Guild, what kind of changes are you looking at?

Let me illustrate it briefly. I don’t know whether you watch football, whether you know about English Premiership.

About 20 years ago, the premiership was almost moribund. The league was dying. A few people came together and asked: what should we do?

They sat down and came up with the current EPL now. The EPL is the biggest football league in the world. If you know football, you know it is one of the biggest business operations you have anywhere.

It was because some people sat down and reinvented it. That is what we need to do in the Guild. We need to sit down, call up all the stakeholders, call up everyone and reinvent it.

The Guild of Editors is the most important, most influential body in the country or anywhere else in the world.

You talk of influence. Do you think it is the job of the Guild to try and influence government policies when it comes to the economy and governance in general?

Of course, it is. If the Guild of Editors was up and doing many of what is happening in the country would not be.

Why do we have so much corruption everywhere; because nobody is watching. We are not living true to our calling.