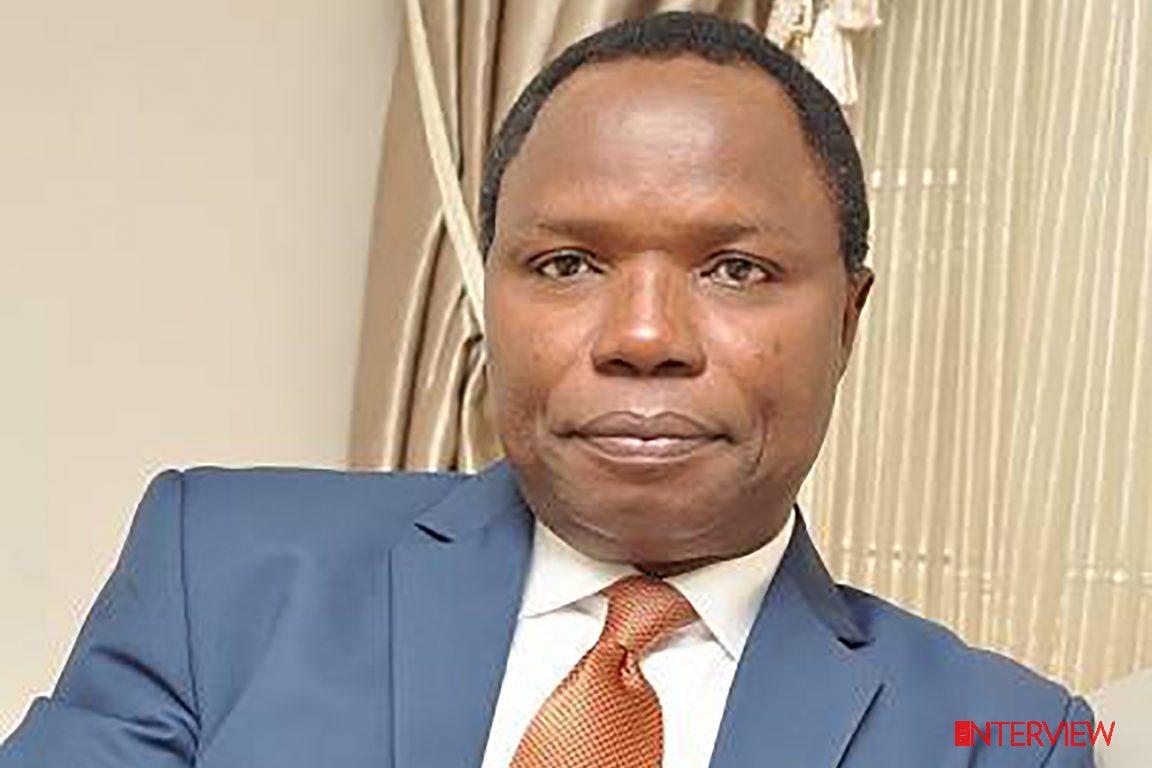 Odilim Enwegbara says the government should be an investment vehicle, not a saving vehicle / Photo credit: newsofnigeria.com
119
SHARES
ShareTweetShare
ShareRepostPinterest

The President is expected to present his 2019 budget estimates to the National Assembly on Wednesday. What should we be expecting?

This 2019 budget should be called 2019/2020 budget. That is July to June. If it is not passed by February or March, why do you call it 2019? Second, is that we have so over borrowed that I don’t know where they will find the money.

We spend 53 per cent of our revenue on debt servicing, not even on debt repayment. Why? Because we borrowed a lot unproductively. Most of our debts are borrowed to pay salaries, for recurrent expenditure; not for capital expenditure. That is why we are in a debt trap.

So, I don’t know where they are going to get the money, especially because our revenues are not growing. The debt is growing. Servicing debt is growing. And there will be a problem in 2019 because of transition from one government to another.

Even if APC wins, there will be a period of transition, selecting ministers and things like that. The economy will slow down and the slower the economy grows, then that can lead to another recession. That is my concern.

Also, the price of oil will continue to be very unstable. And our VAT revenues have not been well structured in order increase the overall revenue. In other countries, VAT alone is 20, 18 or 15, but our VAT remains 5 percent. So, I don’t know how we intend to grow the economy.

From the last three budgets. Which do you think has been more difficult to manage: the domestic debts or foreign debts?

And, of course, they will tell you the problem is because of inflation. But, if you increase your interest rate, inflation will rise, because inflation is a function of economic activities that take place in your country.

And also, it is a function of too much money being speculated on. That is a speculative economy. What we should do is find a way to pay off domestic debts using quantitative easing. People will say no, no. Those who are saying no are the beneficiaries of domestic debts.

They don’t want to be paid off. They want their debt to hang on our leg so that we continue spending 53 percent of our revenue on debt servicing. But the government must find a way to pay off the debt using quantitative easing.

That is why it is called domestic debt. It is denominated in your local currency. Why can’t you do quantitative easing to pay off the debt so that you free yourself from domestic debt. Second option is to borrow externally and to convert it into local currency and then pay the local creditors.

We spend 53 per cent of our revenue on debt servicing, not even on debt repayment. Why? Because we borrowed a lot unproductively. Most of our debts are borrowed to pay salaries, for recurrent expenditure; not for capital expenditure. That is why we are in a debt trap.

Where should the government be looking at for new sources of revenue?

First, we have increase or VAT and also, we have to make sure that VAT revenue is not diverted. About 70 percent of VAT collected by companies are diverted. Why can’t we find a way for about 70 to 80 percent of VAT money goes to TSA.

Are you advocating protectionist policies?

Look, America is already adopting protectionist policies. There are many ways to increase tariffs without calling them import tariffs. Whether you like it or not, every country imposes tariffs. They do it silently or they do it loudly.

You control the quality of goods that way. There is nothing wrong with you addressing the social displacement of locally made goods. Certain goods that enter the country must meet certain qualities and they are causing social effects in the economy and some environmental problems in the country.

When it comes to Africa, we cry more than the bereaved. Look, millions of Nigerians need jobs and we cannot allow the Chinese to be dumping goods in Nigeria or Europeans to be dumping their goods. How do we go and compete with them?

We have a lot of high cost associated with production in Nigeria. It is not labour-related because most countries use the automated system. Now, in Nigeria, the cost of infrastructure is very high. The cost of transportation is high.

There is high security risk in Nigeria. When you add up all these things, they really make it difficult for manufacturers. So, we have to encourage products that are fully or could be partly produced in Nigeria. If it is not processing, it could be packaging and things like that. There is nothing wrong with that. Government must find a way to reduce foreign goods in Nigeria.

Is there a possibility that the proposed new minimum wage will be taken into account in the budget estimates and if not, what does it say about government intentions in raising the minimum wage?

This is a complex issue. I have always said that Nigeria pays one of the lowest minimum wages in the world, and it is embarrassing. You cannot pay a minimum wage of N30,000 and expect them to be productive and to be honest. What we need to do is to cut down on government excesses.

Government workers cannot own two or three so-called official cars, which they also drive around at weekends. Even the United States, there is nothing like official car. They have something like buses. Everybody comes with their own car.

Why should people be driving official cars? The only people that should have official cars are the President, vice president, governors, deputy governors, speaker and president of the Senate. The rest have to drive their own cars.

We find a way to give them financing to get their cars. You don’t know how much Nigerian government spends daily on fuelling official cars and going to mechanics. So many people take their official cars to mechanics and they collect their money.

They use that to raise the invoice, collect the money and eventually, they will not do anything. And we could make sure every Nigerian government official flies economy class. We should also ensure that people live in their own houses.

Government does not need to give you a house. When we reduce those costs and do forensic auditing of government employees to know the actual how many people are working in government. Do we really need that number to get a clean government?

And when we get a clean government, the cost of the recurrent expenditure will be reduced. After that, we can also pay social welfare stipends to Nigerians and salaries will start from 60,000 to N70,000 as minimum wage. Everybody is a Nigerian.

When the Buhari government assumed office in 2015, the state of finances of the country was well known. Almost immediately, the IMF chief came to Nigeria and offered to help out. The President turned her down. Do you think the recession and currency devaluation could have been forestalled with the IMF offer?

I foresaw what happened in 2015. It took almost eight months for the President to select members of his cabinet. Two, the 2015 budget didn’t come into effect until May 2016. Three, the government did not recognize that as oil prices went down, there should have been some adjustments.

In essence, what I am saying is that the government was not proactive. There was a so-called go-slow government. Many things were taken for granted and there was a recession. And of course, some people the President brought on board, like the Minister of Finance and the Minister of Budget and National Planning, were not experienced. We didn’t need the IMF.

I was here when the IMF came, and I wrote an op-ed. IMF would have compounded our situation. If we had taken IMF money, it would have been more difficult to get out of it. Nigeria is such a rich country; the problem is that we don’t put our money where our mouth is.