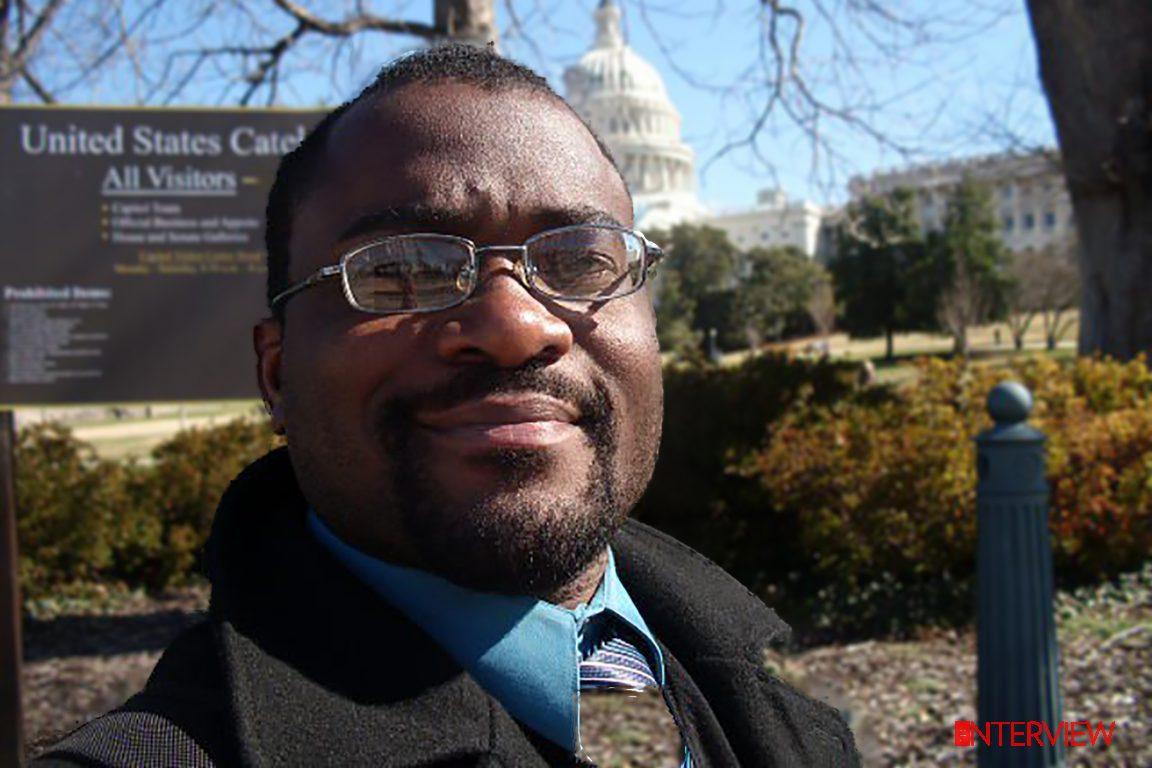 Last Monday, the world celebrated the International Day of Persons with Disabilities. The Interview chatted with Mr. Gboyega Alesinloye, a paraplegia polio survivor and public health worker, on the several challenges People With Disabilities (PWDs) face in Nigeria, as well as how the disability bill currently awaiting President Muhammadu Buhari’s assent would impact the lives of PWDs

For over 26 years the United Nations has annually observed the International Day of Persons with Disabilities (IDPD) on December 3 globally; to what extent has this campaign helped to improve the lives of people living with disabilities in Nigeria?

If for nothing, the global annual campaign and celebration of the IDPD day on December 3 has continued to bring attention to the peculiarity of the existence of PWDs as holders of rights to life, education, good health and to lead a good life with respectful employment and social services.

Also, with the signing and ratification of the United Nations Convention on the Rights of Persons with Disabilities by Nigeria, the yearly IDPD has over the years become a major event being celebrated by the federal and state governments of Nigeria. It has continued to draw attention to the plights and needs for inclusion of PWDs.

This year’s theme of Day of Person with Disabilities is; “Empowering persons with disabilities and ensuring inclusiveness and equality”, are we doing enough as a country to empower and ensure the inclusion of PWDs in Nigeria?

Frankly speaking, we are not doing enough in this regard as individuals, corporate entities and governments. Although, the advocacy and engagement efforts of Nigerian disability advocates/activists and organisations have been yielding some positive improvements over the years, a lot is yet to be done.

Having lived, studied and fully benefited from the advanced system of inclusion in the US, even as a foreigner, I can tell you categorically that we are very far from the doing enough as a country to empower and ensure the inclusion of people with disabilities in Nigeria.

To achieve the desired results, individuals and communities must take conscious steps across our socio-economic and professional lines to see the inherent strengths, loyalty and capabilities of PWDs towards contributing positively to the development of families, organisations and the society at large.

There is a disability bill passed by the National Assembly for presidential assent; what are the fundamental issues the bill is proposed to address in the interest of PWDs?

The bill has been designed strategically over the years and across different governments to address basic fundamental human rights violations, discrimination and prejudices traditionally against PWDs in Nigeria. It is also important at this juncture to state categorically that this bill, when passed, will also take care of the needs of the sick (short and long term), weak and the aged.


What do you think is delaying the presidential assent to the bill?

Honestly, I really don’t know the major reasons successive presidents refused to assent to the National Disability Bill when it got to them. It was so discouraging to see successive copies of the bill refused assent after all the resources and time expended.

The current copy was first harmonised and passed by the National Assembly much earlier in the year but at one of the high-level engagements with the National Assembly Legal Department organised by the a disabled person organization (Centre for Citizens with Disabilities (CCD)), we were told that some clauses required further legislative clarification and specification during the cleaning process by some administrative organs of the NASS.

This was recently amended and passed by the National Assembly again and it’s currently on the journey to the president for his assent. We hope and pray that this administration will do the needful by assenting to the bill this time, especially as they have demonstrated positive disposition towards disability inclusion.

Having lived, studied and fully benefited from the advanced system of inclusion in the US, even as a foreigner, I can tell you categorically that we are very far from the doing enough as a country to empower and ensure the inclusion of people with disabilities in Nigeria.

There are reports that over 25 million Nigerians are living with one disability or the other. This is a huge number with voting rights too. Have you people ever considered using the strength of your number as a bargaining chip in order to attract government’s attention to your plight?

Yes, we have continued to stress and highlight the advantage we have in our numbers (over 27 million – more than the entire population of some countries). Though, we are yet to see the level of attention and recognition we desire from politicians, we are seeing more appointments of PWDs by the government at the national level.

First, the SURE-P Project of the last administration had a PWD as a member of the core committee that oversaw its implementation. The current government improved on this by appointing – for the first time – a senior special assistant on disability (Dr. Ankeli Samuel) as well as a member on the NWC of the ruling APC.

We can only urge the government to do more by giving PWDs ministerial and other political and professional appointments, while providing more conducive environment for a broader participation in politics.

What are some of those challenges people living with disabilities have continued to face in Nigeria?

In Nigeria, we have continued to face one form of discrimination, prejudice or the other from attitudinal behavior. Our buildings remain inaccessible, hospitals with untrained professionals. PWDs (especially women and girls) get molested and assaulted while trying to access public transportation system (vehicles, trains, planes etc.) and public buildings.

Peculiar barriers still exist with particular disability groups. For instance, there are no sign language interpreters for the deaf at various occasions and service points as well as the lack of documents with imprinted braille formats. Parking lots in public places like hotels are without designated parking lot specifically reserved for PWDs.

Apart from government making and enforcing laws that protect the rights and interests of those with disabilities, what role does the rest of us have to play to ensure the inclusion of people living with disabilities in Nigeria?

I’d like to say that a Nigerian society starts from each and every individual from families. While we expect the government to make and enforce laws that protect the rights and interests of those with disabilities, each of us as individuals must make frantic and conscious efforts to first recognise and respect the peculiar needs of every PWD.

This should begin from the deserved love and support from family members, respect as rights holders in religious settings, recognition as key stakeholders in development/partnership efforts and as wonderful and faithful partners in relationships and friendships.

We should always show empathy towards every child, man, woman and aged PWD we come across every day, recognizing that they deserve to also have access to everything and everywhere we go as well as be happy, peaceful and free everywhere they go in Nigeria.

Above all, after the signing of the bill, we also expect full acceptance from everyone, dissemination and implementation of the provisions of the bill as well as in addressing any challenge along the line.
Our large number (about 27 million) is of course a pointer to the very valuable impact our collective votes would have on any ward, LGA, state and constituency election.

The general elections are approaching, what are the issues that affect people with disability that should form part of political discussions?

Firstly, we expect a safe and accommodating Nigerian society towards the general elections that we expect to be free and fair. Our large number (about 27 million) is of course a pointer to the very valuable impact our collective votes would have on any ward, LGA, state and constituency election.

Political parties should always be conscious of the availability and presence of supporters with disabilities whom they have to reach for votes as well as provide for during their campaigns. Having and encouraging candidates with disabilities is another viable avenue political parties can explore to win more votes and project their social inclusiveness and promote their sincerity on claims for social and welfare packages.

This is an area our over 90 unpopular political parties could explore and take full advantage of. Party policies and politics should now focus more on these areas (for those implementing some) and should also employ PWDs who would shape and expand their social packaging policies and serve as good examples for others to emulate.

While INEC has been improving in their inclusion of PWDs’ participation in the electoral process, more still needs to be done in the structures of the polling units, voting assistance, training and sensitisation as well as on specific minimum expectations from political parties towards disability inclusion and provisions which should clearly be stated in the electoral act.

With a good political atmosphere and process, Nigerians with disabilities will be well-positioned and empowered to contribute as peers towards an enhanced society that values the important roles every citizen plays at attaining the desired overall development and sustainability.