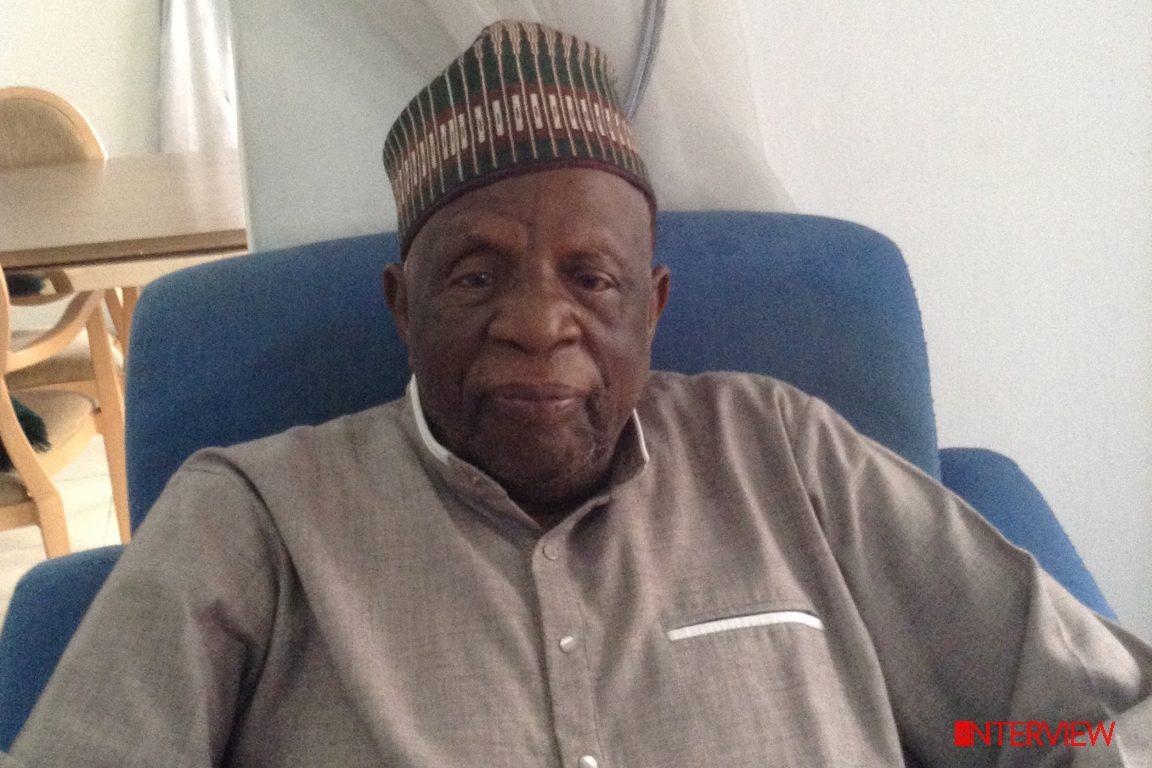 One time permanent secretary, Ministry of Finance, and former Managing Director of the Nigerian Industrial Development Bank (now BOI), Abubakar Abdulkadir, spoke with us on the challenges of economic stability and growth. It’s a rare insight:

President Muhammadu Buhari has lost a lot of support over the last three and a half years because of the government’s inability to create jobs. Where do you think they got it wrong?

He came to power and found unemployment rampant. This arose because of because of faulty policy over the last 20 years. We missed our road 29 years before his coming. When he came, there were a myriad of problems which he faced. Number one, the treasury was empty. There was a fall in the oil prices and there was heavy debt.

So, he had to face this deficit in income and he had to work hard. Then suddenly, recession came in. He had to also face it. Now, we spent close to 18 months under recession without any increase in revenue. Gradually because of better management the economy is stabilising.

It was from there that he started building up. The first indication was that we had grown positively by 0.9 percent. Fortunately for him, just around the beginning of last year, there was considerable improvement in oil prices. The fact that he was able to finish some of these projects.

To me personally, I think it is a miracle in the sense that the total amount of money available to him was managed very wisely, no wastage whatsoever. We are where we are today because of that good management of our resources. I wonder what it would have been if he came and found a very buoyant economy?

Some economists have suggested that the government is turning to social intervention programmes because it hasn’t achieved the desired result creating small and medium scale enterprises. In that regard, would you agree that development banks in Nigeria are failing in their mandate?

On the other hand, if they become too many, they become a burden to the society itself. Now, you have so far quite a number of them. Small and medium size industries, they have been there all the time and they have been part of our economic system. They too can help reduce some of the unemployment problems we have, but not all.

The best solution was to go back to the major sectors of the economy and make sure that they work, the way President Buhari is doing. The greatest employer of labor in any developing country, Nigeria included, is agriculture. But in agriculture, you need to be a genius for the sector to respond to your treatment.

Without any iota of doubt, he is the only head of state I know since Tafawa Balewa who really tackled agriculture headlong. Nobody wanted to touch it because it responds slowly to treatment.

For most Nigerian businesses, access to finance is a major problem. Even people like Aliko Dangote who is the biggest borrower believes interest rates are unsustainable and no business can thrive under such conditions. Yet, CBN’s response to this policy failure has been to set up AMCON to take over failed businesses. Do policy makers need to go back to the drawing board?

All this because most people do not understand what interest rates mean. If you understand interest rate means, you would not have said so. The Central Bank alone does not control interest rate. That is the falsehood most believe.

At one time, I remember during Olusegun Obasanjo‘s regime, the governor of the Central Bank, Joseph Sanusi, was called. Obasanjo was annoyed that the interest rate was high, so he called him to Aso Rock.

I want interest rate slashed into half. And then people will have access to your money for goods and businesses. Of course, Sanusi didn’t argue. He came out, went to the Central Bank and after a trial of three months, the Central Bank nearly collapsed. Why? There is a theory that savings and investments must go together.

You can’t control one without the other. Now, a layman, you have your money in your pocket, N2million. You want to lodge into a fixed deposit. Why do you want to put it in fixed deposit? Because you want good return for that amount of money.

You can only do that if know that the return you are going to get is more than what you would receive using the money otherwise. So, the depositors of money must make sure that they give you a return higher than what you would obtain from your investment.

So, the total money available in the system for investment, the return must be equal to the amount of what you would have received from fixed deposit.

The problem still remains that businesses cannot succeed with the current interest rate in Nigeria, why is that?

I remember during Olusegun Obasanjo’s regime, the governor of the Central Bank, Joseph Sanusi, was called. Obasanjo was annoyed that the interest rate was high, so he called him to Aso Rock. I want interest rate slashed into half. And then people will have access to your money for goods and businesses. Of course, Sanusi didn’t argue. He came out, went to the Central Bank and after a trial of three months, the Central Bank nearly collapsed.

We see a lot innovations and introduction of technology in the banking sector when it comes to service delivery. The same cannot be said for industry, and not even development banks are investing in capacity building. What needs to be done about this gap?

You are talking about innovation in the system. Development banks do not have enough resources to really face the innovation required. Nigeria is an enormous country. Few development banks cannot really make the big difference. So, innovative changes are taking place in the banking system. Mind you, that money does not fall from heaven. It is our money. In any bank, it is people’s money.

The money comes from other private sources or from the treasury. He cannot afford to take a large chunk of it for innovative activities. He can do it up to a certain extent, but that is it. What needs to be done is what is being done now, finding ways for innovation.

Few development banks cannot really make the big difference. So, innovative changes are taking place in the banking system. Mind you, that money does not fall from heaven. It is our money. In any bank, it is people’s money.

Do you see China as a threat to Africa’s industrial growth?

No. Certainly not. China is not a threat to our industrial growth. Let me tell you from the two edges of the sword. China wants to expand its market in Africa. There is no crime in that because they really want a bigger market. So, they extend a hand of friendship to most African countries to help them.

On the surface, to help them to grow. Kaduna-Abuja rail line and all this. At the same time, it helps to be accepted in Africa, or rather particularly in Nigeria. On the other hand, we too are helping it to expand its market into our country which is quite good, but not to the extent of exploitation.

If they start exploitation, that is another problem. It is a two-way traffic. Both of us stand to benefit. I am not saying the Chinese are honest in their approach to us, no.