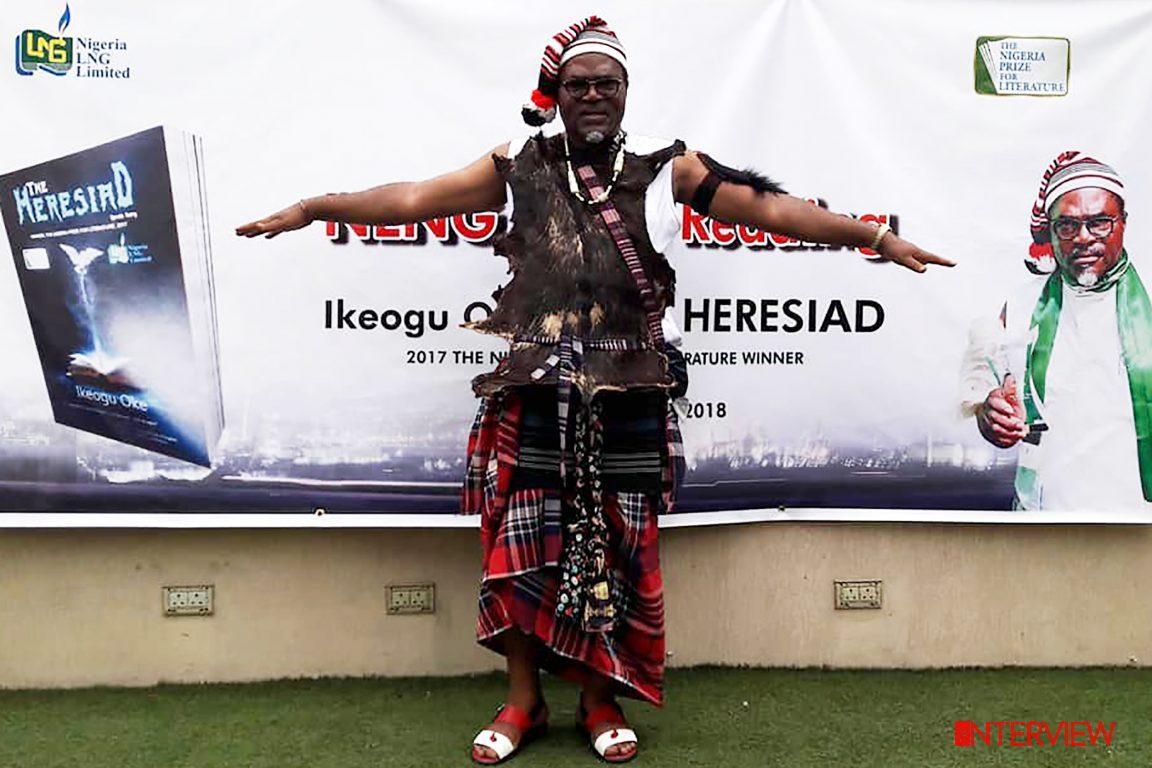 I didn’t want to write this week. It wasn’t writer’s block or the occasional frustration from sounding like a broken record. It was not the feeling of speaking to the Nigeria wall, either.

Nothing of the sort.

It was the call, Ikeogu. The call from your sister, Ada, on Saturday night. The call shattered me and left me bereft.

I had not spoken with Ada since she returned to Aba from Abuja after she and your wife, Nneoma, took turns to nurse you before and after your return from the Obafemi Awolowo University Teaching Hospital in October.

When Ada first called on Saturday, I missed it. For some inexplicable reason, my mind began to roam as I dialed back.

I thought of that encounter on September 12 at the teaching hospital. You had just been operated upon the previous day and I came to Ile-Ife to see you with my friend, Niyi.

Ada met us at the entrance of the emergency ward. She looked exhausted but relieved. She said your surgery had gone well, but the anxiety leading up to it and the errands to buy this or that medication outside the hospital in a place where she was a stranger was clearly taking a toll.

Then she led us upstairs to the Intensive Care Unit to see you. The medical staff demurred, but after explaining that we had come all the way from Lagos, they relented but said Niyi and I could not enter the ward together. It had to be one at a time, and brief.

I donned the overall and slipped into a pair of special footwear. Then I braced myself, parted the curtains and entered the ward.

There you were, lying right in front of me yet I was too dazed too see. Was this you, Ikeogu? You were wired by the hands and the sides, with electronic cables that looked like the strings of the Lilliputians in Gulliver’s Travels. A few of the cables were connected to monitors at the top of your bed. For a moment that seemed like eternity, the only sound in the ward was the sound of the monitor: beep, beep, beep.

Your hands were white, and your forehead had receded. You had lost weight beyond recognition. Beep, beep, beep.

Your eyes were closed, and I couldn’t make out what kind of sleep this was. I asked the nurse if I could call you. She said I could.

You stirred and opened your eyes, slowly. I was smitten with goose pimples. Beep, beep, beep.

I looked at Ada who had entered the ward without my knowing, and looked at the yellow, jaundiced stare in your eyes. Somehow, you recognised me and called my name, but it sounded like an echo from another place.

Ikeogu!, I repeated, and wept. Ada escorted me out of the ward. For a moment it seemed she would be nursing two patients at once.

She said I should not cry and that the doctors had told her the worst was over. The surgery, she had been told, was successful. All we needed to do now, was pray for your speedy recovery.

“There you were, lying right in front of me yet I was too dazed too see. Was this you, Ikeogu? You were wired by the hands and the sides, with electronic cables that looked like the strings of the Lilliputians in Gulliver’s Travels.”

I returned to Lagos with mixed feelings, especially after what Niyi, a medical doctor of over 25 years, told me on our way back.

You remember Niyi? Of course, I’m sure you do, Ikeogu. He was the one you spoke with at length after your prognosis and referral from the Asokoro District Hospital, Abuja, before you were admitted in OAUTH, Ile-Ife on September 8.

He said he was sure the surgery was “palliative” but promised to speak with the doctors later to get a clearer sense of the post-surgery report. “Pancreatic cancer,” Niyi said, “is one of the most aggressive forms of cancer. Surgery is, at best, palliative.”

The rest of the three and a half hours return journey from Ile-Ife to Lagos was a blur.

But the next day, you called. Your voice was weak but calm. You admonished me against despairing and said from what the doctors told you, the cancer had not spread. You spoke about the large amount of bile that was drained from your system and said you never had a better fighting chance for recovery and survival.

It was not the first time you would express this hope, welling up from your irrepressible spirit. I recall that at the time you were referred to Ife in August, you told me at the Asokoro District Hospital in Abuja that at the final review before the surgery was supposed to commence, the doctors there decided it was best to refer you to Ile-Ife.

You asked why, and was told that there was a patient with similar prognosis who was referred and who survived after the surgery. Then you said, Ikeogu, and I’ll never forget: “If there is a second person who will survive it, I’ll be the one; and if no one had survived it before, I’ll be the first.”

According to a foundation dedicated to pancreatic cancer research, Hirshberg Foundation on its website http://www.pancreatic.org, pancreatic cancer survival rates have been improving from decade to decade, but the disease is considered largely incurable.

Scientists say that the low survival rates are attributable to the fact that fewer than 20 per cent of patients’ tumours are confined to the pancreas at the time of diagnosis, in most cases the malignancy has already progressed to the point where surgical removal is impossible.

The causes are unknown, but the risk factors are largely genetic.

I’m sure you knew these – and even more. I remember you told me that within the first few weeks after the diagnosis this year, you read up and mastered the subject as well as any layman can.

Your hope of recovery and survival was not based on ignorance; it was based on the transcendence of mind over matter. It was based on that stubborn, determined hope that one year after you were announced winner of the NLNG Prize for Literature 2017, your sun was only just rising and though the temporary cloud of pancreatic cancer may overshadow it, the cloud will soon pass.

“The next day, you called. Your voice was weak but calm. You admonished me against despairing and said from what the doctors told you, the cancer had not spread. You spoke about the large amount of bile that was drained from your system and said you never had a better fighting chance for recovery and survival.”

Yet, my anxiety resurfaced in a way that I could not bring myself to share with you before Saturday. Two weeks after your surgery, the Pro-chancellor of OAU, Dr. Yemi Ogunbiyi, who had played a big role in arranging your transfer to Ife called me and repeated what Niyi said on that trip back to Lagos. If anyone told you, I will never know, but I never sensed it till the end. It was just not in your warrior spirit to accept defeat or invite sympathy.

Ikeogu, I remember what you said at each deadline post-surgery, when I didn’t think I should bother you with reviewing my weekly articles. “Azu, I didn’t have brain surgery. My mind is still strong and active. Please send your article to me!”

And I did, even till Tuesday, a few days before Ada called and gave me the news.

Did you know the end was near, so near? I ask because in the days after your surgery and discharge back to your home in Abuja, you were twice as prolific as I have known you to be since July 7, 2015 when our paths crossed at the that Sundiata Post lecture in Bayelsa House, Abuja.

It was post-surgery, three weeks ago, in fact, that you wrote a 2126-word application to the Woodrow Wilson Centre for the 2018 Fellowship for scholars, journalists and public intellectuals. Your piece, entitled, “Positive hip-hop and behavioural improvement in contemporary America,” was a lucid slice of the Heresiad, your epic book of poetry.

But who shall we send if your entry wins? Who will go for us?

Your life was an open book. You lived for virtue and the arts, investing your talent, passion and humanity in others without holding anything back. I’m a beneficiary. And I can speak of a few – old and young – who would say the same, in words that convey greater depth and meaning than I can ever conceive. J.P Clarke, Wale Okediran, Femi Adesina, Garbadeen Muhammed, Akeem Soboyede – and even your new acquaintance, Louis Odion.

It’s a week when I should not write, but be silent. But something tells me you would have wished otherwise.