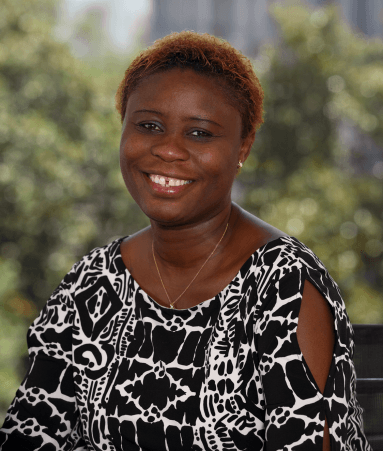 Member of the US Advisory Council on Human Trafficking, Bukola Oriola, speaks on the peril of human trafficking and warning signs that might save potential victims:

You have just been reappointed to the US anti-trafficking Council, what should we expect from your council in the next two years?

I can’t speak for the Council because there is no official statement from the Council yet. However, I hope to put in my best to continue to represent the voices of survivors across the U.S. through my service on the Council.

You founded The Enitan Story, a non-profit organisation in August 2013 to advocate for victims and empower survivors of human trafficking, how has the journey been so far?

The Enitan Story has been able to educate community members about human trafficking, and other crimes like domestic violence, which a victim could experience while experiencing human trafficking. In addition, we have provided direct services to victims and survivors and connected them to other resources available in their communities.

How come you landed in a trafficker’s net given that you were a well exposed as a journalist?

Anybody regardless of status, career, profession or background can become a victim of human trafficking because it happens as a result of fraud, force or coercion.

On ‘Packaging’ For Marriage.

On ‘Packaging’ For Marriage.

Reports have it that you married your husband and had a traditional wedding ceremony even without meeting him in person, what inspired that union, was the union borne out of adventure, desperation for greener pasture abroad or your love for the man?

Although, we had not met in person by the time we had our traditional marriage, we had been communicating via the telephone for about a year prior to the ceremony, and I had met his family members. Mine is not a strange or unique situation because there are people who marry without even communicating at all until they are getting married and some of those marriages have lasted.

If you had another opportunity, would you marry under similar circumstances or what advice would you give young folks who might fall prey of traffickers in the name of marriage?

Now, I know the signs of an abuser and a trafficker. If I had known the signs, I wouldn’t have fallen a victim or stayed in slavery for two years.

From your personal experience as a victim and as an advocate against human trafficking and the founder of The Enitan Story, what tricks have you found out that traffickers deploy in getting their victims?

The elements are fraud, force or coercion.

You were first appointed by President Barack Obama as a member of the United States Advisory Council on Human Trafficking, how has it helped in your advocacy against human trafficking?

Having the U.S. Advisory Council with survivors is a great step to finding a lasting solution to the issue of human trafficking. It gives the Federal Government a rare opportunity to learn from survivors how to implement or amend laws that further protect the citizens and empower survivors.

Your story as a victim of human trafficking has turned out to be a blessing in disguise, seeing how you have moved from your past to become a member of the United States Advisory Council on Human Trafficking and a staunch advocate against human trafficking, is that correct?

I think that the results speak for themselves.

You once said, “People need to know that being abroad does not necessarily mean greener pastures…It could be a potential trap to human trafficking or domestic abuse.” How do we make desperate Nigerian youth understand this message giving the prevailing hostile economic circumstances in the country?

I believe that helping the youth in the community identify their potential with help them to maximize such potential in their own local community. Every community has its own challenges, but when people are able to see the potentials they have, it makes the problem of economic hardship to be half solved.

Do you think the Nigerian government doing enough in the fight against human trafficking?

I think the Nigeria government has taken a first laudable step by setting up the National Agency for the Prohibition of Trafficking in Persons (NAPTIP). I hope that the government will further build on that to include the voices of survivors where they are providing their expertise as subject matter experts to further strengthen the laws, programs and services to combat human trafficking in Nigeria.

In what ways should our government tackle human trafficking and the desperation of many young Nigerians to travel abroad at all cost?

Provide programs and services that will help the youth identify and use their talents to full capacity.

You wrote Imprisoned: The Travails of a Trafficked Victim, a book that shared your personal experience on human trafficking, how was it received by the public?

It has been well received so far as it has been used by the federal government, colleges and universities, first responders, service providers, and the general public for the purpose of education.

Can you briefly share some of the worst experiences you had as a victim?

They have been documented in Imprisoned: The Travails of a Trafficked Victim.

What are your regrets?

I am grateful to God for life.