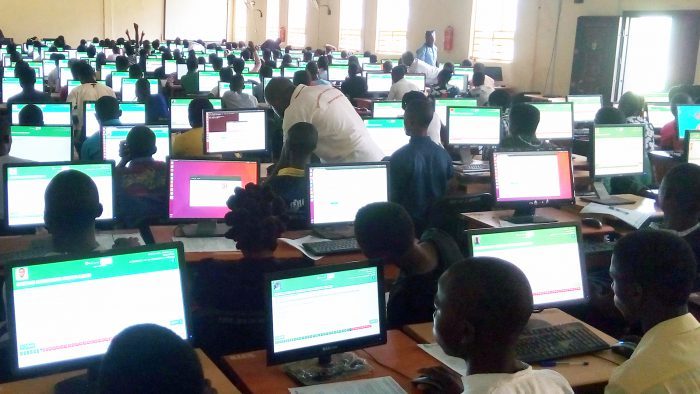 Anyone reading the papers last week will be forgiven to think that the worst demons from hell have descended on the Joint Admissions and Matriculation Board (JAMB).

I have never liked JAMB, not because I ever attempted to take its exam or failed it. I guess I’m like most Direct Entry students who think JAMB is one of the useless bureaucracies that have robbed universities of their brains.

But the universities have always loved it because its obtrusiveness guarantees a balance of shady aspirations. Either through JAMB or through vice chancellors, the worst candidates can get admission, whether they pass or fail entrance examinations.

Some public universities have even created a slew of backdoor short-term programmes to short-circuit minimum entry qualification or any entrance examination. And the private universities are always waiting in the wings to harvest from the misery of those who fail to get a place in the few notable public universities.  It’s cash-and-carry.

As another admission season approaches, the chicken is coming home to roost and Vice Chancellors are conveniently pretending that they had no hand in muddying the nest.

The widespread headline that JAMB had lowered university cut-off mark to 120 – and that other tertiary institutions had followed suit – was produced by the vice chancellors and co. and shamefully promoted by the press.

The inside story is far less flattering. About ten days ago, JAMB convened a stakeholder’s meeting in Abuja to discuss the procedure for the 2017 admissions into universities. That would have been unthinkable in the early days of JAMB.

All that the Board was required to do back then was to conduct examinations and release the results to the universities. The 13 Vice Chancellors that played a major role in founding JAMB did so because they needed a clearing house to prevent duplication, which had become a serious problem.

It made sense. But as time went on, however, the JAMB tail began to wag the university dog and the Abuja meeting of ten days ago was supposed to be yet another moment for the tail to play.

But JAMB Registrar and former Vice Chancellor of the University of Ilorin, Ishaq Oloyede, appears to have demurred, pressing for something different. Instead of JAMB performing its self-appointed role of fixing cut-off marks, he suggested that the Vice Chancellors, Provosts and Rectors present should take the lead, but warned that, this time, the schools would be bound strictly by whatever they submitted. A computerised Central Admissions Processing System was also going to be installed to create a more transparent process.

Even in the past when JAMB took on the arbitrary role of fixing cut-off marks, the universities still set their own cut off marks and admitted whomever they wanted. Under an incredibly fraudulent system known as discretionary admission, the universities could admit candidates far below any advertised cut-off mark. The intakes often included candidates without even the basic credit passes.

Such backdoor candidates were then allowed to “regularise” their results before graduation when a reconciliatory list entitled “Late Application by Institution” is sent to JAMB for “regularisation” yearly. Virtually all the universities are involved in this fraud, which shuts the door against hundreds of thousands of qualified candidates.

In 2016, for example, six of the country’s top universities presented a backdoor list of 385 students – from those who scored below cut off to those who didn’t even take any entrance examination – to JAMB for “regularisation.” Ahmadu Bello University topped the list with 246 students; University of Nigeria, Nsukka, 52; Obafemi Awolowo University, 33; University of Benin, 28; University of Lagos, 14; and University of Ibadan, 12.

Why are we splitting hairs over cut-off point? High or low, the schools have perfected how to get around it and the only reason there is so much noise this time is that they know that their days are numbered.

At least two Vice Chancellors present at the Abuja meeting informed me that it was not JAMB but the administrators comprising the Vice Chancellors, Provosts, Rectors and Registrars present who lowered the cut-off points after they were informed, among other things, that the “Late Application by Institution” list will no longer apply.

If JAMB wants to be taken seriously, it should immediately publish the list of all cut off points submitted by the schools and also advise them to publish the names of students admitted and their scores on their websites. That way, every candidate becomes a monitor and a potential whistle blower.

An open review/ranking system by an independent private sector group could also help shed light on the education market, and over time, moderate demand and supply.

Before we miss it, however, cut-off point is a symptom of the malaise in our higher schools.

There must be very few countries, if at all, like Nigeria where former Heads of State, their deputies and former senior government officials own and operate some of the best private schools, set up with the funds raked in from the ruins of public schools.

When public officials began to undermine the public school system only to set up their own schools after leaving office, it was clear we were heading for trouble.

But that’s not the end of it. After the ding-dong between the missions and governments at the state and federal levels left schools in the lower rung severely damaged, universities, especially, became the new nannies.

Whereas the number applying to higher education across the UK, for example, has fallen with more and more opting out to explore the world after functional, basic education, the yearly university rush in Nigeria can only accommodate less than 25 percent of the ever increasing applicants.

The system is broken. With the lower levels bereft of a modicum of functional education and technical and vocational colleges a shadow of themselves, only universities appear good enough to quench the incredible appetite for worthless certificates.

Unfortunately, the universities cannot cope with the influx and standards have gone down. So too have the scores and cut-off points regardless of what is advertised.

Sure, there are a few universities struggling against the odds but they are overwhelmed by mediocrity among even their own staff and faculty. Were these fellows to be tested, they might even score lower than the backdoor candidates we’re concerned about.

The controversy about cut-off points and the threat to go to war over scores miss the point. Our school system is broken and in need of urgent repairs.