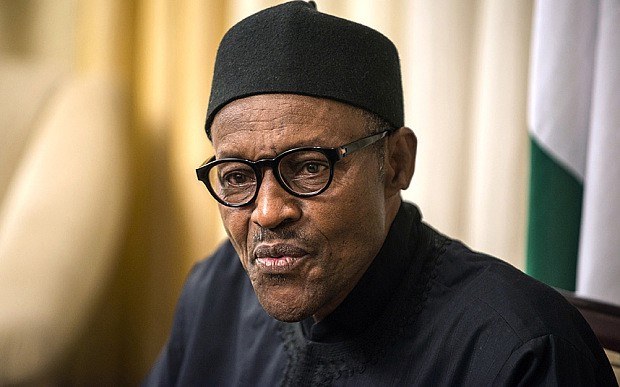 When the Presidency decided that it would not make any statement about President Muhammadu Buhari’s health status on his second medical trip to the UK where he has now spent half of the year, it opened the door for rumours to thrive and fester.

Of course, there is a sense in which the government can argue that there is no point speaking on the matter because those who will not believe will not even if they see him face to face and inspect his body and medical records with a magnifying glass.

Yet, sometimes I don’t think it’s the unbelief that worries Buhari’s close minders, as it is what the unbelievers, especially the political elite, might do or undo with any information they may have.

But in an attempt to manage the secrecy to the advantage of a few for as long as is practically possible, the Presidency has left itself in an extraordinarily embarrassing spot twice in three weeks.

The first time was when a group of busybodies had to refute a report on behalf of the Presidency about whether or not the First Lady Aisha saw her husband during her recent visit. The second is a voice note purportedly sent by Buhari at the end of Ramadan.

It’s probable that it was Buhari’s voice but the haste and quality of the delivery leave room for reasonable suspicion. What is certain is that those who wanted to make a public relations coup out of the note may have swindled Buhari and the public at large.

What has been undone has been undone and there’s no delicate way to put it without looking stupid. But at the risk of stupidity, I doubt very much that a Buhari with any presence of mind and even partial awareness of the flaring ethnic tensions in the country will, of his own free will, choose to address Nigerians in Hausa language at the time he did.

Why would he do that? Why, at a time when ethnic warlords are determined to set the country on fire, would Buhari choose to speak to the country in Hausa language after nearly 50 days of silence? Why would he do that except if a clique had told him the voice note would be broadcast to a narrower, homogeneous audience, only to supplant him after squeezing the note out of him? I think we’ve been swindled, though it seems pointless to say so now.

But I also think it’s dangerous to be silent. The President of Nigeria is too big to hide or be hidden, whatever the problem may be. At the current rate, a small clique will not only try to hide the president for as long as it pleases. It will also manipulate the Presidency, leaving it only a shade better than it was during the last days of former President Umaru Yar’Adua. But we have seen that even that shade is not beyond manipulation.

That’s part of the unspoken message from that voice note. OK, Buhari handed over to Yemi Osinbajo to co-ordinate as “Acting President.” But where was the Acting President in this voice note business? Did he get a copy, listen to it and wave it on as the best thing that happened since Gaskiya Tafi Kwabo?

If Buhari needed to convey a message to Nigerians, the proper thing would have been for such a message to go through the office of the Acting President, and not through a clique that distributed it through backdoor channels to the Hausa service of the BBC and a few other broadcasters.

When he spoke briefly to worshipers in a Kano mosque by phone during his earlier medical trip this year, it was understandable that he did so in Hausa. But to speak to all Nigerians in Hausa in the midst of a storm is beyond me to accept as his rational wish.

The clique will do worse if we keep silent. As the days of Buhari’s absence lengthen and concerns rise that the political elite could mount a challenge, the clique might pull off another stunt, despite having its fingers burnt by wangling a voice note.

It’s difficult to accept at this time that all the shenanigans is about saving the Number 1 spot in the Presidency for Buhari and nothing else. The clique has been playing its hands for far too long and its decision to keep the status of Buhari’s health in complete secrecy this time is proving too much for its own predations.

There had been all kinds of stories of power intrigues, especially about Chief of Staff Abba Kyari, insisting that statements from the acting President’s office must be cleared with him. Not a big surprise if you keep in mind that Daily Trustreported the weekend before Buhari’s trip that Kyari met alone with the Service Chiefs in the Villa for God knows what.

The surprise, perhaps, is that one man – with possibly three or four others – can manipulate the system to the point where a note would be extracted from a sick president for dubious ends.

The frequent reminders that there’s one, undivided Presidency are useless, especially because we often get the lecture from the ones who are mainly responsible for the schisms. If there is indeed one Presidency, the apostles have to redeem it by investigating how Buhari’s voice note was procured, who authorised its distribution and why.

I don’t know the last time Osinbajo spoke with Buhari – assuming he has done so at all – in the last 50 days, but I think it should concern him that the reputation of the government, which he heads even in acting capacity, is unraveling rapidly. As long as silence and hypocritical requests for prayers remain the official policy to managing information about Buhari’s health status, we will have to contend with worse treachery than the voice note.

That voice note was just one scam in a long series of upcoming dramas.