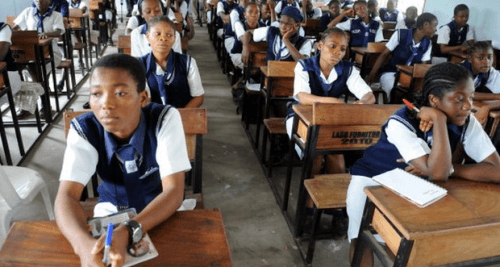 At a time when you would think there are enough small fires in the country, the religious army has started yet another small fire in schools.

For most of the time this week the Nigerian Educational Research and Development Council had to whip out the hoses to douse the brush fire started by the Christian Association of Nigeria (CAN) over rumours that the Federal Ministry of Education had removed Christian Religious Knowledge from secondary school curriculum.

The President of CAN, Reverend Samson Ayokunle, reportedly told Acting President Yemi Osinbajo that the removal “would lead us to a godless nation, with violence and all forms of ungodliness as the order of the day.”

Other Christian heavyweights, including Apostle Johnson Suleman, have lent their voices. The moment the debate was framed as yet another step in the journey to the Islamic Republic of Nigeria – since Islamic Religious Knowledge was purportedly spared in the review – the government responded in panic denial.

It’s not that the religious army led the government by the nose. Not at all. When it comes to using religion as a weapon of blackmail both parties are like two sides of a coin. In spite of all pretensions to the contrary, the government is the worst enabler of the religious problems facing the country today.

Ayokunle’s generation not only studied CRK or IRK as part of the school curriculum, many of them attended mission schools and could recite the Bible or the Qur’an offhand.

All Nigerian leaders since independence have either been “practising Christians or devout Muslims.” Yet their collective legacy over the last 57 years comprises a civil war that cost over one millions lives, monumental corruption that continues to feed on itself and broken values that have unleashed a host of demons on the society.

But there’s not much we can do about it. No one can complain once these religious leaders claim that they’re Christians or Muslims and parade themselves on TV from time to time performing hollow rituals.

Ayokunle might point to the emergence of kidnap crown prince, Chukwudi Onwuamadike, otherwise called “Evans,” as evidence that the “godless” society is finally here. How could Evans build a fortune from crime for so long and live a normal life among normal people?

But remember that he also paid his dues to the church and who is to say that this descendant from the CAN president’s godly era did not study CRK in school, even as he was said to be so fond of Psalm 23 that he recited it daily while plying his trade of kidnapping for mega ransom?

Our main problem today is the rotten legacy left behind by the earlier generation of students of CRK and IRK. It’s the deadly legacy of that era that has produced mullahs who treat women as serfs and under-age girl children as sex toys.

The religious army has weaponised religion, taking advantage of it to secure their wellbeing and to command obedience that makes government itself afraid and complicit. Who can dare?

So, what is the new calamity that would befall us if CRK or IRK were struck off the curriculum that didn’t befall us when schools inexplicably stopped teaching history? The point is that the religious army is so used to being pampered by government, it feels it can always stretch its luck a bit, regardless of what we think.

They get hundreds of millions of naira from states and the Federal Government to go on pilgrimage every year and even have funds converted for them at below official exchange rate, when manufacturers have to scrounge for dollars at the black market.

Top government officials kowtow to them, fawn over them and pay them with state funds for special prayers, while the security services use private jets owned by these religious leaders for secret cash transfers.

The bad habits from the public lives of the religious army hardly inspire a strong case for the retention of religious studies in school curriculums.

If, according to the CAN president, the goal of keeping religious studies is to save us from a society where all forms of ungodliness is the order of the day, well, we’re already in a post-godly world. And Ayokunle does not need to look any further than the advice of Acting President Osinbajo – who is himself a pastor – that the church must clean up the corruption amongst its own members.

Is it conceivable that the religious army will agree on which variety of Christianity, Islam and any other faith would be taught in Nigerian schools as a compromise to the country’s multi-religious posture?

If the school system is letting us down today, it’s largely because the religious army has pressed it to a point where religious mush has replaced any semblance of critical thinking and students are more and more like Palvov’s dog. They’re losing it.

If you think it’s farfetched, visit that neighbourhood school – public or private – and share the outcome. Fasting, prayer warfare and a mushy liturgy of ecstatic worship – you might add costumes in places like Osun – are standard parts of the curriculum that Ayokunle wants us to retain.

Instead of piling on the school to teach religious studies, when we cannot see the fruit in the lives of the preachers, let parents go back home and do their homework by their children. That’s where it starts.

Our schools have enough problems already including the problem of those who studied CRK and IRK helping their children and wards to cheat during exams. The fathers have eaten sour grapes and the children’s teeth are on edge.

It will take more than bullying schools to retain a religious curriculum for any meaningful change to happen.