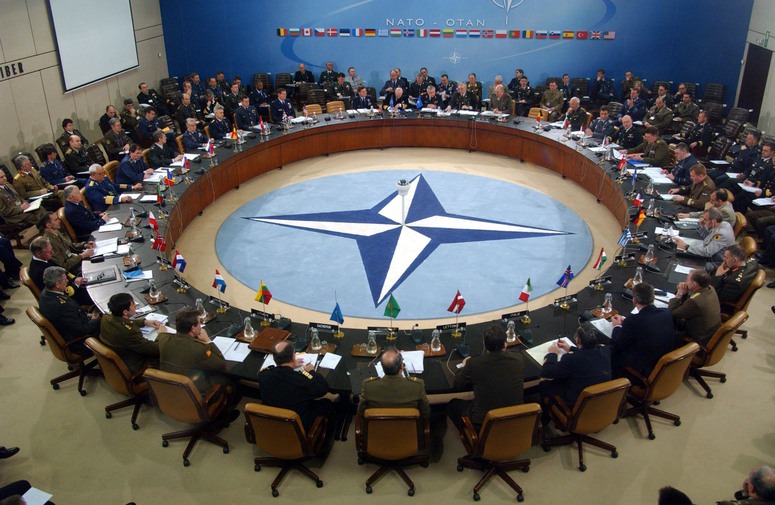 Just how ludicrous the world is becoming on account of sexual orientation and categorization was again on display at the recent NATO summit in Brussels. Normally, heads of state attend with their spouses. In the male-dominated world order, the norm would be having wives swarming around the sidelines; giggling, preening, sashaying and generally indulging in the little matters housewives do.

But this time, the oddity at the Brussels event was having the clean-shaven “husband” of Luxembourg’s gay Prime Minister Xavier Bettel mingling with the wives and girlfriends of other world leaders. He was clad in black suit with blue tie.

In one of the memorable photo sessions at the event, Gauthier Destenay, a Belgian architect, stood smiling behind US First Lady Melania Trump at Royal Castle of Laeken ahead of a dinner specially for spouses. The oddity seemed worsened by the fact that standing next to him was the devoutly Muslim wife of Turkey’s leader, Mrs. Eminent Erdogan (whose husband comes across to many as, in fact, a Muslim fundamentalist).

The “First Gentleman” had married Bettel in 2015. Obviously, everyone kept “Mrs. Bettel” at arm’s length at the event. As the locals would say, what this gay thing would lead to is yet unknown.

What could, however, not be confirmed is how the issue of washroom was resolved at the dinner. It would be interesting to know whether “Mr. Bettel” used the Ladies or the Gents after the gourmet.

With the dizzying rate of leaks from the US White House these days, one will not be surprised if it gets revealed sometime soon whether usually cantankerous Donald Trump later spent the whole evening asking Melania if, by any chance, “Mr. Bettel” attempted to barge into the Ladies while she took time off to quickly powder her face before the next photo session.

Otherwise, someone may soon be bombarded with tweets to pay up all the arrears his country owed NATO.