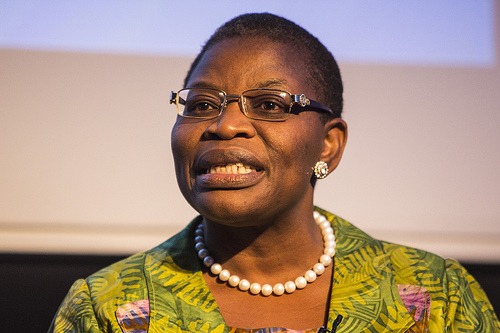 Former Vice President of the World Bank for Africa, former minister and convener of Bring Back Our Girls, Dr. Obiageli Ezekwesili, granted this magazine one of the most comprehensive interviews in recent times, which we are presenting in capsules.

The only reason why the country is going around in circles is that the government insists on doing things the same way, in defiance of poor results, according to Ezekwesili.

Question: What do you think is stopping the new government from embarking on this restructuring?

I can’t tell. All I know is that it’s usually politically costly to restructure the composition of budgets when bureaucracy has become over-bloated and outsized. Therefore, the kind of fiscal consolidation package that the government would have to submit; it would have to negotiate their different stakeholders involved in order to just reduce the size of government significantly. I think it Einstein that said that, “it’s a sign of insanity to repeat a pattern and expect a different outcome.”

‘My Fear Is That Nothing Has Changed’

Even though the capital budget in the 2017 budget has increased compared to the previous years, Ezekwesili said, “nothing has changed.”

Question: If N2.24trn is going to be spent on capital expenditure, N2.98trn on recurrent and N1.8trn on personnel (the last two amounting to more than 50% of the budget), does that look like a budget that could get the country out of recession?

If you don’t change certain things in the structure and composition democracy you’re wasting your time thinking that you’re going to get any ratio that’s different from the existing pattern. My fear is that structurally, we haven’t changed anything, structurally, the humongous bureaucracy remains intact so what’s different? The second thing is that you’ve got a budget that has a financing gap of as much as N2trn as budget deficit. Now, that’s significant. The third is the rate of execution of even the capital investment.

‘Poor government polices put us in this turmoil’

Ending the recession would require a different set ofchoices and not just spending, but quality spending, according to Ezekwesili.

Question: Will the budget get Nigeria out of the recession?

The disparity between the official and black market exchange rate is losing the government money, according to Ekwesili.

Question:The budget is based on a benchmark of $42.5 per barrel, oil production estimate of 2.2m and exchange rate of 305/$. Do you think these are realistic parameters?

You know the parameter on the exchange rate is still very unfortunate because what the government is doing is that it’s refusing to align the prices in the economy. By pretending that the dollar is worth N305, it’s creating an arbitrage opportunity of as much as maybe N150 or N190, that’s lost revenue for government. It’s significantly so because what it means is that it’s selling very scarce dollars belonging to Nigerian people to some people that it considers priority groups at a cost lower than what the market is telling us.

‘We cannot continue to postpone the evil day’

Apart from Lagos, Anambra and Rivers the rest are on life support from Abuja, Ezekwesili has said.

Question:Which states do you think are really serious about standing on a good financial footing?

The most viable state in the country today is Lagos…Anambra,well and I think Rivers. All the other states are seriously pressed for alternative sources of revenue beyond what comes from the federal government. How long will the federal government continue to bail out the states? We cannot indefinitely postpone this evil day.