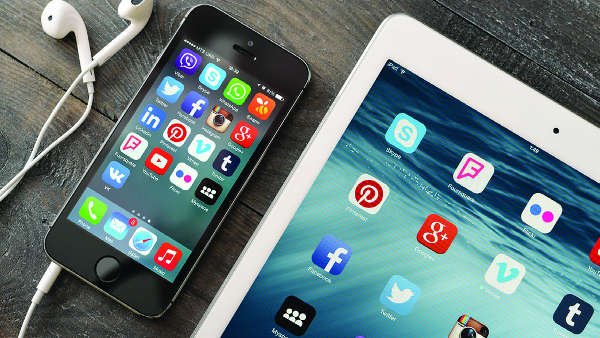 Public broadcasting should have been an effective tool to democratisethe media and bridge the gap between the government and its citizens, however bureaucracy, corruption and dwindling funding have crippled the effectivenessof public broadcasters.

The proliferation of the Internet since its inception has redefined the crux of human communication by obliterating physical borders and boundaries andunleashing our innate desire to instantaneously chronicle and share our lives and likes to others. This spawn of what was Web 2.0 would be branded social media, the ugly and oft derided cousin to the more traditional media platforms like newspapers and television. Fast forward to the year of our Lord 2017 and the cousin has undergone what can only be a Pentecostal transformation. As traditional media heaves under the relentless pressures of falling revenues and dwindling readership numbers, social media grows from strength to strength as mobile penetration numbers soar and data costs fall.

The people can now leverage on the reach of social media platforms tomobilise against repressive governments and policies within hours, scour national budgets available over the web and communicate grievances, in real-time, to government officials and parastatals. Now, the roles are reversed. Where once governments held sway over the creation and dissemination of information through public broadcasters, the instantaneous creation, dissemination and accessibility of information over social media now afford that power to the people. In a truly democratic state there can be no greater tool than a decentralised non-partisan public forum that fosters free speech, and social media is the embodiment of this utopian ideal. 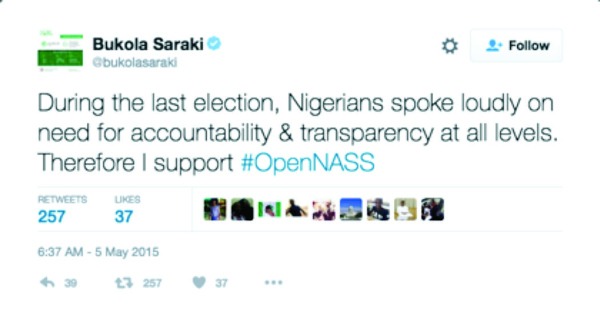 To present an idea of the growing influence of social media in Nigeria over 16 million Nigerians access Facebook every month and this number will only rise relative to the ever-growing mobile penetration figures while homegrown companies like Nairaland a renowned forum boasts over 1.7 million members and Linda Ikeji Blog the de facto Nigeriangossip website has launched a social media spin-off that hit 50,000 users on launch day. These numbers pale in comparison to the 50 million Nigerians that access the internet, all potential or current users of one or more social media platforms.

There are a few case studies of the reach and scope of social media in Nigeria over the last decade. The leading example is BudgIT, an organisation founded in 2011 by SegunOnigbinde with the aim to ensure transparency and public participation in the creation and implementation of the Nigerian national budget. The company led an #OpenNASS campaign primarily on Twitter and has since forced a paradigm shift that has driven tens of thousands of public citizens to actively participate in the shadowy world of government finance. BudgIT has successfully leveraged social media to shine a light on government excesses, but the pinnacle of its achievement so far has not been merely a trending hashtag, it has also forced state and federal governments to reevaluate the opacity of public finance processes as highlighted by its partnership with Kaduna State government and endorsement, on Twitter no less by the President of the Senate of Nigeria, BukolaSaraki.

Currently, BudgIT is leading the charge on a new and exciting issue that is of utmost importance to the people and their government; #frivolousitems, is a campaign to identify unnecessary wastagein the national budget and hold relevant government agencies and parastatals accountable for their line items in the budget.

Late last year Nigerian Communications Commission proposed a data tariff hike across the leading mobile carriers in the country, to uncompromising public outcry from all corners of social media. The obvious barrier to accessing social media in a predominantly poor country is the cost of acquiring data, the gateway to the internet and social media. It did not take long before NCC backed down from its initial directive and peace rained. This underpins the importance of this growing medium to its Nigerian users and how far they will go to ensure their near addictive dependence on it as public and private citizens. The people will suffer and smile through a recession, poor leadership, domestic terrorism, archaic education systems but draw the line when it comes to affordably accessing hilarious memes on Facebook timelines and the indubitable supremacy of Nigerian jollof over its subservient Ghanaian ‘equivalent’. As it should be.

Social media is not without its flaws, for one, the rise of what is now aptly labelled “fake news” highlights the disadvantages of a decentralised media platform with little to no content oversight. Users are easily manipulated by propaganda and unverified rumoursthat can have far reaching consequences when consumed en masse. Where public broadcasters and traditional media have a responsibility to ensure that information they disseminate is verified and accurate, social media generally imposes no such responsibility on content creators. As traditional media gradually migrates key operations to social media platforms, it is important that public broadcasters and private institutions carry over astute reporting that ensures that the strengths of both new and old can coalesce and form a formidable whole that upholds our irrefutable right to free speech and drive constructive public participation in governing and government.