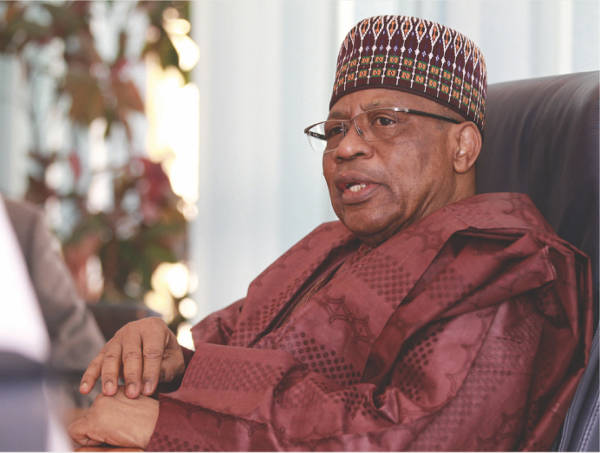 Former military president, General Ibrahim Babangida and the former Board of Trustees chairman of the Peoples Democratic Party, Chief Tony Anenih, appear to disagree on who was responsible for the annulment of the June 12 election and General SaniAbacha’s rise to power.

In an interview with The Interview last year, Babangida blamed politicians, the press and the courts for the June 12 crisis and the rise of Abacha.

“I addressed you (the country) on July 23, 1993,” he said, “and gave reasons why we did not hand over. Those reasons will never see the light of day because you have already made up your minds.

“From what was available to us, we knew that that government would not last; it would be toppled.”

In his new book, entitled, “My life and Nigerian politics,” however, Anenih who was the Chairman of the Social Democratic Party, whose candidate, Chief M.K.O Abiola won the election, put the blame squarely on Babangida.

He said when he confronted the former military president on allegations of impropriety against Abiola and why he was being rejected, Babangida replied, “Not me, using his hands in gesticulation to show it was not his personal objection to Chief Abiola but that it was the middle cadre of the military that did not want Chief Abiola or Alhaji Bashir Tofa to be their commander-in-chief.”

Read more on the Babangida interview