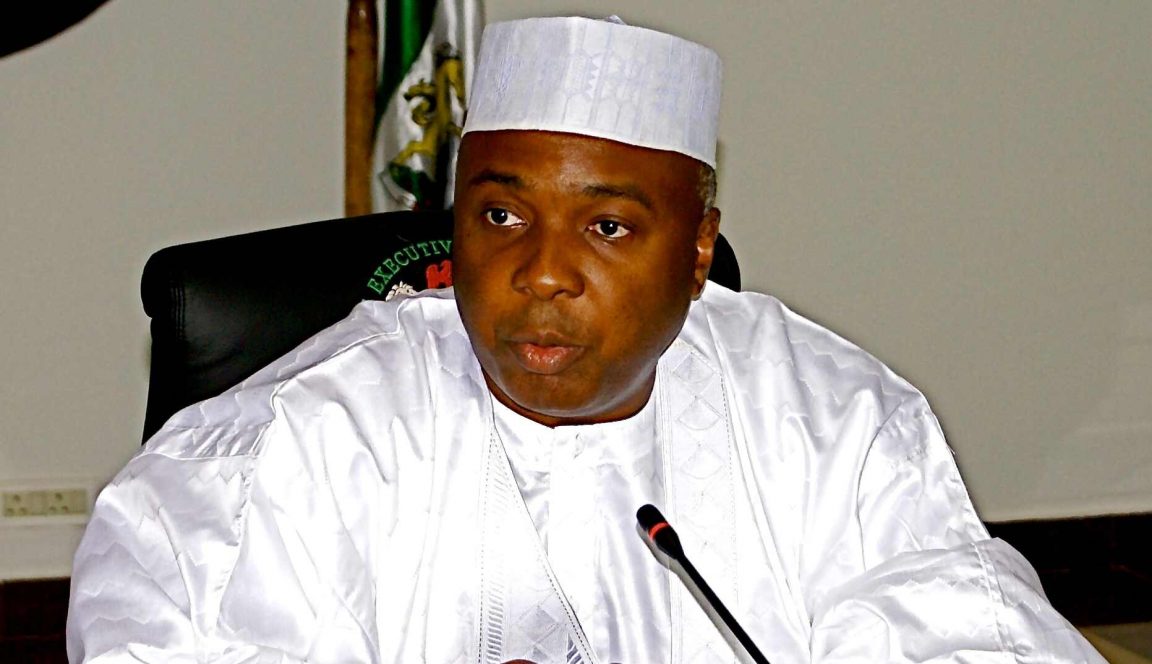 The president of the Nigerian Senate, BukolaSaraki, has spoken of how he worked hard to acquire massive wealth, although he said he did not know his worth. The interview by BBC Hausa service was culled from the website of Premium Times:

Q: What is in the Petroleum Industry Bill, PIB?

A: What we have tried to do with the good governance institution is to try and work out an environment that is in the petroleum sector to ensure transparency, good governance, reduce duplication, ensure efficiency in the petroleum sector. We spent about four to five months working on that and its good to see that finally we have got to a stage where it passed second reading, which had not been achieved before now.

Q: Officials always talk about corruption; do you believe Nigeria is a corrupt country?

A: My take is that I must market my country, so I am not gonna be able to label the country as such. My view is that yes there are issues that we must address, but I am not gonna hammer on that so much because I need to market my country so that I can get private sector in flow. I must create an enabling environment that will encourage that because without that as government alone, it will be difficult for us to be able to see the kind of growth that we are talking about.

Q: Have you seen corruption for example taking place…

A: Of course there are, that is why we have oversight functions. Like many other countries, we have those kinds of challenges, but we have moved a long way.

Q: Many in this country see a lot of politicians as wealthy individuals, for example, you as an individual; how much are you worth?

Q: You don’t know how much you are worth? How much did you declare?

A: I can’t remember these figures

A: I don’t think it’s a crime anywhere for you to either work hard or be blessed. What I think is important is the commitment to serve.

Q: How did you amass all this wealth?

A: I come from a blessed family. I come from a family where my parents had opportunity and after that I worked hard in the private sector and I think I have worked hard for everything that I have. I made 95% of my asset before I joined government.

Q: You talked about generating more revenue and collecting more taxes; but a member of your family was implicated in the Panama papers?

A: The issue was that they found out that the company has been set up; but it was a holding company; which had nothing to do with taxes, nothing at all.

A: It was based on legal advice. The company was set up because they were acquiring an asset and it was advised at that time that I had to set up. It was not a company set up by ourselves, but by a legal firm and to the best of our knowledge, no law was broken.

Q: You are currently standing trial before a court accused of falsely declaring an asset?

A: Yeah, that case is ongoing.

Q: So did you declare anything that was not yours?

A: As I have said many times on this case, I will prove my innocence. These were forms that were declared over 13 years ago and it only emerged in August after I became Senate President. If there were infractions in those forms the Code of Conduct could have raised those items a long time ago; they didn’t. So I said I am confident that I will clear my name and I don’t believe that I have done anything wrong.