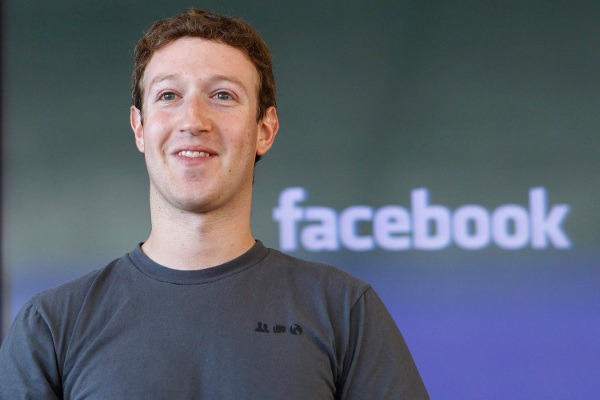 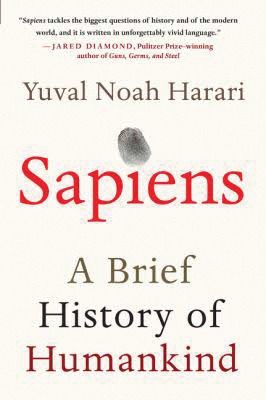 First published in 2014, “Sapiens” is a critically acclaimed international best seller by Harari, a Hebrew University of Jerusalem historian. He uses his book to track the evolution of Homo sapiens from hunter-gatherers into self-empowered “gods” of the future.

“Following the Muqaddimah, which was a history from the perspective of an intellectual in the 1300s, ‘Sapiens’ is a contemporary exploration of many similar questions,” Zuckerberg writes. 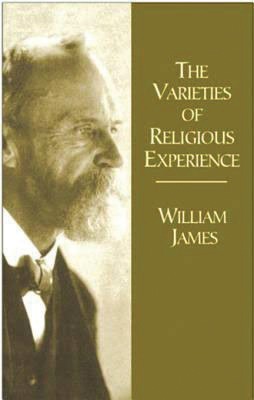 The Varieties of Religious Experience

William James (1849-1919) is “considered by many to be the most insightful and stimulating of American philosophers,” according to the Internet Encyclopedia of Philosophy from the University of Tennessee. 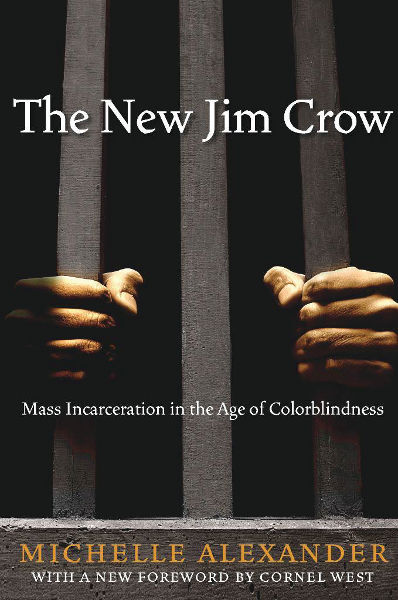 Alexander is a law professor at Ohio State University and a civil-rights advocate who argues in her book that the “war on drugs” has fostered a culture in which nonviolent black males are overrepresented in prison, and then are treated as second-class citizens once they are freed. 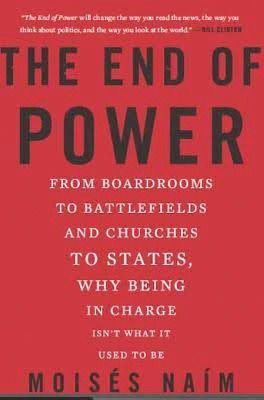 The End of Power

Zuckerberg launched his book club with this lofty title from Naím, former executive director of the World Bank and senior fellow at the Carnegie Endowment for International Peace.

It’s a historical investigation of the shift of power from authoritative governments, militaries, and major corporations to individuals. This is clearly seen in what’s now become a Silicon Valley cliché: the disruptive startup.

“The trend towards giving people more power is one I believe in deeply,” Zuckerberg writes. 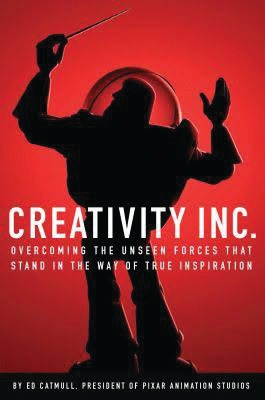 “Creativity, Inc.” is the story of Pixar, written by one of the computer-animation giant’s founders.

Catmull intersperses his narrative with valuable wisdom on management and entrepreneurialism, and argues that any company should consciously avoid hampering their employees’ natural creativity. 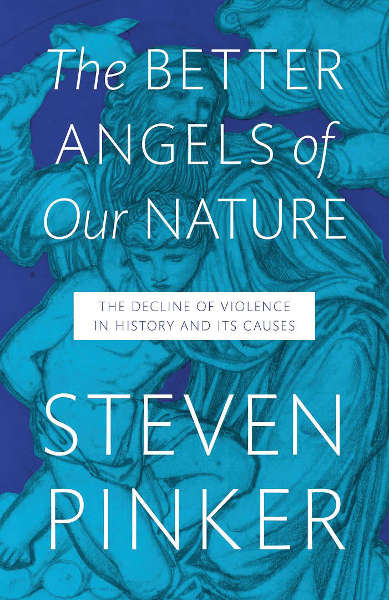 The Better Angels of Our Nature

Zuckerberg admits that this 800-page, data-rich book from a Harvard psychologist can seem intimidating.

But the writing is actually easy to get through, and he thinks that Pinker’s study of how violence has decreased over time despite being magnified by a 24-hour news cycle and social media is something that can offer a life-changing perspective.

It should be noted that Bill Gates also considers this one of the most important books he’s ever read. 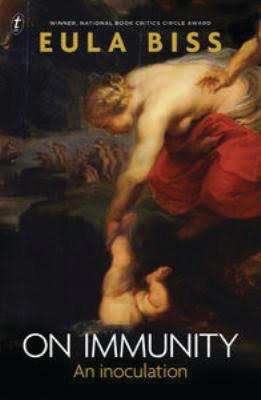 Zuckerberg says that Biss’ investigation into the benefits of vaccination is necessary to read, considering the anti-vaccination movement in the US and parts of Europe.

“The science is completely clear: Vaccinations work and are important for the health of everyone in our community,” Zuckerberg writes, adding that this book was highly recommended to him by scientists and public-health workers. 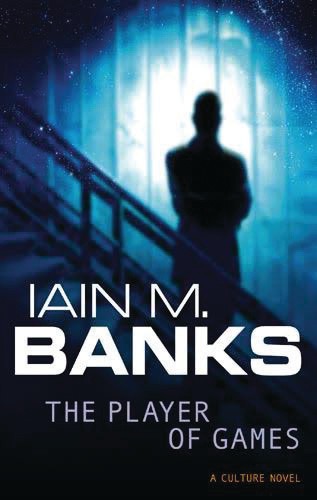 The Player of Games

“The Player of Games” was first published in 1988 and is the second in the “Culture” series. It explores what a civilization would look like if hyper-advanced technology were created to serve human needs and surpassed human capabilities.

Zuckerberg writes that he went with a sci-fi pick as a “change of pace.” The novel is also one of Tesla and SpaceX CEO Elon Musk’s favorite books due to its entertaining way of exploring plausible advancements in technology. 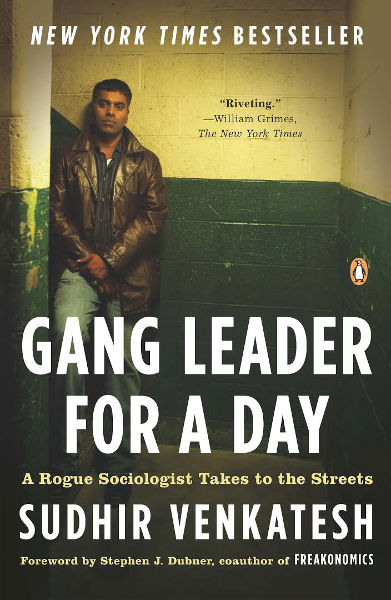 Gang Leader for a Day

Venkatesh is a Columbia University sociology professor who, in a radical sociological experiment, embedded himself into a Chicago gang in the 1990s.

Zuckerberg says that Venkatesh’s story is an inspiring one of communication and understanding across economic and cultural barriers. 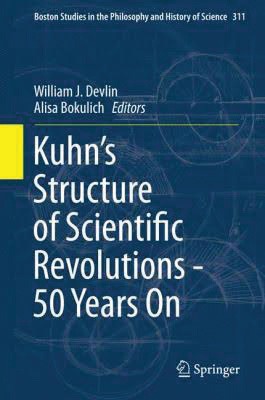 The Structure of Scientific Revolutions

If there was ever a philosophy book to read by a physicist, it’s probably “The Structure of Scientific Revolutions.”

Since its initial publication in 1962, this look at the evolution of science and the effect it has on the modern world has become “one of the most cited academic books of all time,” according to the Stanford Encyclopedia of Philosophy. Zuckerberg thinks that being aware of how scientific breakthroughs are the catalysts for social progression can be a “force for social good.”

Kuhn’s book is best known for introducing the phrase “paradigm shift,” representing instances in scientific history when a perspective was fundamentally shifted, like when quantum physics replaced Newtonian mechanics. 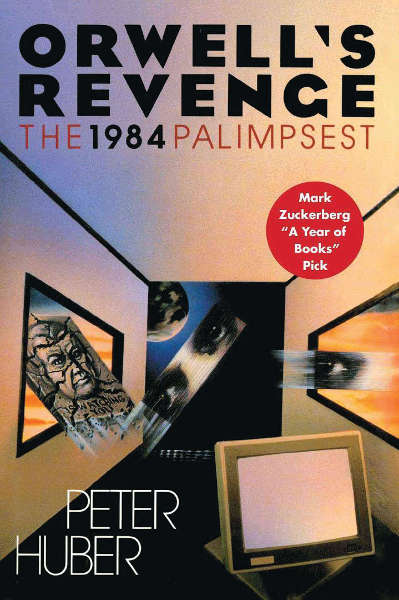 Huber, a fellow at the Manhattan Institute for Policy Research, published this unofficial sequel to George Orwell’s “1984” in 1994, a time when internet and telecommunications technology was opening up new methods of communication. The novel imagines a world in which citizens use the technology that once enslaved them to liberate themselves. 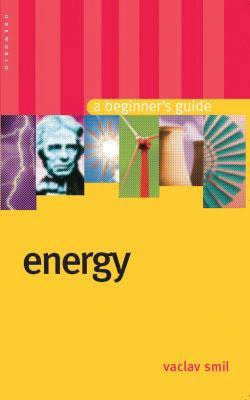 Originally published in 2006, “Energy” starts with a basic explanation of what energy is and then moves on to more complex subjects, including the quest to create more efficient and environmentally friendly fuels. It’s by University of Manitoba professor Vaclav Smil, one of Bill Gates’ favorite authors. 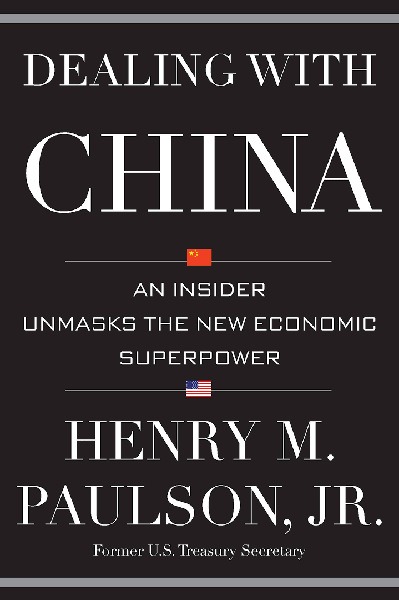 Zuckerberg has been intensely fascinated with Chinese culture over the past several years. He’s been learning to speak Mandarin Chinese and has said that one of his long-term goals is convincing the Chinese government to let its people use Facebook.

“Dealing with China,” by the former US Treasury secretary, explores China’s recent rise in global influence and how it affects the world.

“Over the last 35 years, China has experienced one of the greatest economic and social transformations in human history,” Zuckerberg writes. 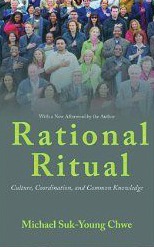 Zuckerberg thinks this book by UCLA economist Michael Suk-Young Chwe can help its readers learn how to best use social media.

Chwe’s idea may sound complicated, but it’s essentially a breakdown of the psychology behind people’s interactions with others in public settings, and how they use these communities and rituals to help form their own identities.