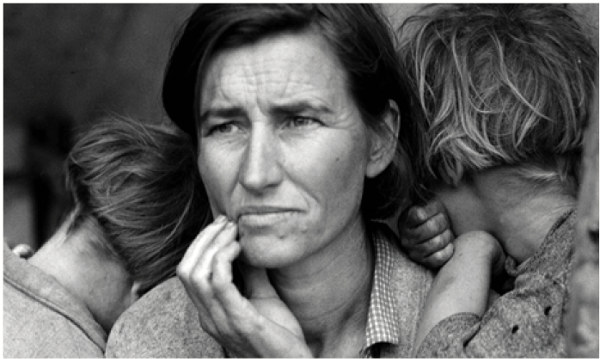 The roaring 20s. A spirit of freewheeling carousel swept across the America like a heat wave. Unprecedented economic prosperity gave rise to mass consumer culture, a widespread feeling of broadening horizons and an eagerness to do away with convention. Radical innovation made way for the automobile, the radio, moving pictures and air conditioning.

In the span of a few years, they became household staples. Women became more active in public life as the 19th Amendment gave them the right to vote. These years also saw significant changes in art due a large extent to the popularization of black culture. African-American intellectuals and artists made bold and inventive contributions to the reconstruction of artistic expression and racial, socio-political and literary thought, in a movement that became known as the Harlem Renaissance, led by figures such as the poets, Langston Hughes and Alain Locke. Songs, like never before, became anthems. Dances raged a national frenzy, from the foxtrot to the tango. The musical style most representative of this period was jazz, characterized by its use of improvisation, swing notes and polyrhythms. The genre gives the roaring twenties its other name: Jazz Age. The years roared on, championing the values of excess and luxury with undeterred fervency.

Dorothea Lange was hired by the Farm Security Administration to document the Depression. One of the more famous shots from the collection is a portrait of an 18-year-old migrant worker and her child. Her story reflects the despair of the era in which 15 million Americans were unemployed. Work was taken anywhere work could be found. The unprecedented wealth of the early 1920s vanished, and people struggled to believe, to find hope in the wake of this terror. It was a staggering change; from grand feasts to breadlines, from comfortable homes to mass migrations. The Wall Street Crash of 1929 could not be more anticlimactic. The crash heralded a decade-long period of uncertainty, unemployment and severe drops in tax revenues and profits. It is regarded as the deepest and longest-lasting economic downturns for the 20th century in the Western industrialized world. Unemployment numbers rose drastically, left millions homeless and destitute, and banks closed in droves.

Simply put, he proposed that Americans could, in fact, claw their way out of the economic mess without government intervention if they worked hard. Ultimately, Hoover’s administration intervened with a stimulus package of sorts, but it was much too late to save the day.

In spite of the economic crisis, Americans coped somehow. Sports allowed them to forget, if only momentarily, the harsh realities. As with the previous years, a musical style emerged to reflect the zeitgeist; the discontent of a nation was given rhythm in the sweeping melodies of Blues pioneers such as B.B. King, Bessie Smith and Ray Charles. There was now an element of the beautiful and the soulful to the sordid everyday minutiae of the Great Depression. The elegant guitar riffs and silky vocals lifted the dreams and hopes of millions into the realm of great art, marked by an unmistakable note of power.

In fact, the Great Depression presented unique opportunities for new companies like Xerox, Texas Instruments, Hewlett Packard, etc. In the midst of an economic crisis, some of the leading and most recognizable brands of all time were born. In times of necessity, invention is born and this is an important lesson that Nigeria and Nigerians can extrapolate from the industrious Americans in seemingly trying times. After carrying out considerable research, Alexander Field, an economic historian, referred to the Great Depression as the “technologically progressive decade of the 20th century.”

In 1932, Americans elected Franklin D. Roosevelt to lead them through the hardship the Great Depression had thrust upon them. Roosevelt promised the electorate a new deal that would encompass three core areas: relief, recovery and reform. Relief concerned actively aiding millions of Americans who had lost their jobs during the Great Depression; recovery concerned jumpstarting the economy, and, most importantly, reform concerned creating systems, economic and legal, that would withstand the pressure and consequent failure the economy suffered in the 1930s. Roosevelt’s administration created government agencies like Federal Emergency Relief Administration (FERA) which helped poor Americans by giving out clothing grants and opening soup kitchens, and Public Works Administration (PWA) which helped drive employment up by hiring Americans to build public infrastructure like school, bridges, etc. Lastly, he passed legislation that helped to curb irresponsible share trading on the National Stock Exchange, and the Glass-Steagall Act which regulated the banking sector.

There were varying effects of the New Deal. In a sense, it was a reset button on the economy. It inspired renewed and boisterous consumer confidence in the market, which helped to jumpstart the economy and lowered unemployment rates momentarily. The New Deal shows the impact of government intervention, in direct contrast to relying solely on the individual’s resourcefulness.

The New Deal re-emphasizes the importance of strength in unity, the importance of the government and the people working together to forge ahead in a crisis cannot be understated. In Nigeria, an illusory big government takes a laissez-faire stance towards the welfare of its people during an economic crisis. Our government demands that we ride the storms alone, relying only on our wit and the will of God. To this end, a paradigm shift is essential because the people can only go as far as the government is willing to enable platforms and policies that spur on long lasting innovations.

The collapse of the American housing market in 2008 led the way in the debacle that we have come to refer to as the Great Depression. Overnight, the number of toxic assets on banks’ books catapulted to never-before-seen highs. Subsequently, banks began foreclosures in earnest. However, this only further led to the creation of a credit crunch which would cripple the economy. To say that banks were aware of this oncoming disaster would be a gross understatement of facts. In a bid to cash in on the illusion of a growing housing market, bankers turned a blind eye to the poor credit ratings of borrowers and threw ridiculous loans at them. This improper lending procedure failed; the masses were left homeless, jobless and broke while the bankers lined their coffers with stimulus money.

In 2007, Citigroup and Bank of America chairmen, Kenneth Lewis and Sir Winfried Bischoff, received over $31 million in bonuses, a most preposterous figure in the light of the turmoil in which the financial markets were embroiled in at the time. Despite overseeing the worst recession since the Great Depression, historically low consumer confidence, rising deficits and government bailouts, bank executives were insulated in a surrealist cocoon that seemingly shielded them from the plight of fellow Americans.

The capitalist system is structured in a way that benefits a select few at the expense of the masses. This economic system is driven by self-interest and an excessive desire to accumulate wealth. The fate of the society is now decided by the insatiable greed of the elite few who do not care about social welfare and the widespread consequences of their greed-induced decision-making. Bank executives were remunerated, through a stimulus package footed by the American government, for a shoddy job at the expense of the now bankrupt taxpayer.

Improper lending practices, extravagant lifestyles of executives and the fallacy that is the capitalist system are issues that besiege economies around the world. To award bonuses to the individuals who catalysed these issues only serves to further undermine any chance of economic recovery, and the Great Recession again highlights the unparalleled American propensity for self-harm through excessive borrowing, and the absolute power a deregulated and rapacious banking and securities sector wields over the fate of the people. Again, an interventionist government, in President Barack Obama’s administration, saved the day. His administration passed the American Recovery and Reinvestment Act of 2009, a stimulus package estimated at $831 billion created to combat stratospheric unemployment rates and provide much needed relief to key areas such as education, health, energy, etc.

The two core qualities that are common across economic downturns are a responsive and interventionist government willing to throw money to paper over the cracks and create policy to mitigate current damage, insulate the state from future risk and the American as an individual. The tenacity and inventiveness of the American have undoubtedly been their saving grace through every crisis they have surmounted so far. When in utmost distress, Americans create or innovate. Apple, Microsoft, Google and Berkshire Hathaway, American companies founded by Americans, with a total market cap north of $1 trillion, a figure significantly more than the GDP of many countries, employ tens of thousands, and through their products have changed how people around the world live. The rugged individualism Hoover referenced is alive and kicking, but with it comes a capitalist system and materialistic citizenry with an undeniable ability to self-destruct. The American and their America, the ultimate Catch-22.

We can learn a thing or two from their story, about responsive governments and an industrious people. But more importantly, in our indubitable march to fulfil the tremendous human capital we possess, we must learn to curtail the materialistic excesses that now define the American. We can no longer rely on innovations borne out of the base desire to survive; they are short-lived and are hardly effective or useful at scale. Our government must create an enabling environment where basic needs like electricity, good roads, etc., are met, so the individual can evolve beyond industry as a means of survival, to a place where innovation is borne out of untethered curiosity and a desire to create era-defining inventions.