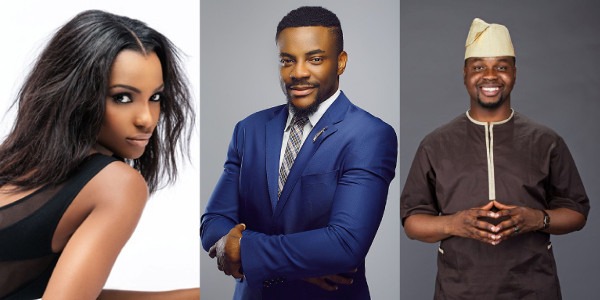 Who will ever forget her? When in 2001 Agbani Darego made history as the first native sub-Saharan African to be crowned Miss World, she became, expectedly, an instant celebrity.

She had always wanted to be a model, even if it meant going against her quite conservative father’s wish. From auditioning for the M-net Face of Africa modeling competition (though she didn’t make it to the finals), she resiliently pursued that singular dream.

Agbani’s career took a soaring leap in 2001 after she won the Most Beautiful Girl in Nigeria award (MBGN). That year, she represented Nigeria at the Miss Universe competition and emerged seventh amongst the 10 semi-finalists. This made her the first Nigerian to make it to the Miss Universe semi-final.  In November that year, she beat all comers to win the ultimate crown for beautiful women, Miss World, and the rest, as they say, is history.

That feat earned her a national honour, Member of the Order of the Federal Republic (MFR). She was one of the judges at the Miss World Beauty 2014.

Agbani has modelled world class brands including Sephora, Christian Dior beauty, Macy’s, and Target. She also worked with famed designers like Tommy Hillfiger and Ralph Lauren and as well graced covers and pages of both local and foreign magazines.

Agbani’s magic is beyond being a top notch model. She is also scandal-free role model to many Nigerian young women who are probably most enamoured by her simplicity and humility.

When Ebuka went into the first edition of Big Brother Nigeria (BBN) reality show as one of the 14 housemates in 2006, he and many others probably never saw in him the popular TV personality he is today.

Perhaps his ultimate dream was to win that edition of the reality show, which didn’t happen. However, he remains the most celebrated of that group.

The BBN show sure gave his life a completely different direction and his consistency has paid off over the years.

In 2007 and 2008, Ebuka was consecutively nominated in the On-Air Personality category of The Future Awards. In 2011, he made the World Economic Forum’s list of exclusive young, emerging leaders across the word. In 2013, 2014, and 2015, he was nominated as Outstanding Male TV Presenter of the Year at the Nigerian Broadcaster’s Award, which he won.

His is a story of resilience, passion and sheer hardwork. Debola Williams, fondly called Debola Lagos, co-founder of Red Media, is also one of the bright minds behind Future Awards, Rubbin’ Minds TV talk show and Ynaija Magazine.

Though just 30, Debola has achieved much more than many twice his age. But that’s not surprising; he is an early riser!

At age 14, street-wise Debola’s dream to become an actor saw him move from one set to another, seeking roles. As an actor, he performed in “The Gods Are Not to Blame”, “Wedlock of the Gods” and “Oke Langbodo”. However, after starring in two soaps that were never aired, he gave up and went to work as an assistant to a counselor and psychologist without pay.

Debola’s quest to work, learn and improve his skills took him to work at NTA for three years as a volunteer.  At 17, he co-presented ‘Youth Talk’ on NTA Network. As a full time producer, he produced a rave TV show, Nigeria International, which aired on AIT International, Ben TV London, NTA Network, Silver Bird and MBI, at age 19.

For Debola, the experience he garnered while working as a volunteer earned him a highly lucrative job with Economic Watch, as a producer. In 2007 and 2008, he made Top 100 UK’s list of the Top 100 of Our Generation. The British Council in 2009 selected him as one of the Global Changemakers, who attended the Changemaker Conference and World Economic Forum in Cape Town. He was invited as a youth expert by the Africa Union and the United Nations Population Fund (UNFPA) to work on the African Youth Charter for the decade of youth in Zimbabwe, in 2010.

In the run-up to the 2015 presidential election, Red Media, which he co-founded with Chude Jideonwo, became the image maker of Candidate Muhammadu Buhari who eventually won the election.