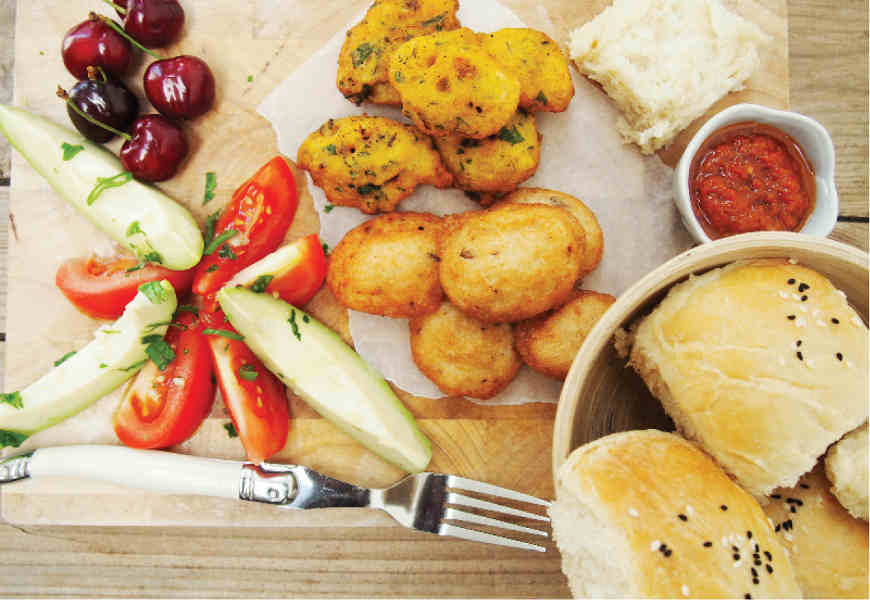 It depends on whom you speak with: a simple trawl through the Internet will throw up a huge variety of answers. I suppose it also depends on where you live.

I live in London and on the Internet; and the one big trend I have noticed is:

The popularity of camera phones has seen a rise in online sharing of meals either eaten at home or in restaurants. Some top-end European restaurants have even gone as far as banning diners from taking pictures of their meals.  However, other chefs have embraced this phenomenon, understanding that it is a form of free advertising for their establishments.

For many individuals, this has sparked a renewed interest in cooking which can only be a good thing. Amongst Nigerians on social media, it has also led to a focus on how best to present our food in an attractive manner. It certainly inspired me in this regard and led to a new career for me and to the publication of my first Nigerian cookbook.

Unlike football, religion and politics, food brings people together whether as a family or friends.  This is also true online: food photographs often generate long discussions about various ingredients and different techniques; as well as invoking memories happy occasions when a dish was served.

Whatever one thinks about the online sharing of food, it is a trend that is set to remain and indeed, quite a number of people worldwide have built businesses around food blogs.

As already mentioned, there is a rise in the number of people cooking their own food as opposed to eating out. This is due in part to the economic situation the world currently finds itself in but also due to  a desire to embrace healthy eating.  Furthermore, there have been several high-profile food scares in recent years and this has led people to become more aware of what goes into their bodies.

In addition to home cooking, we are also seeing a rise in people making from scratch items that they would normally buy: from simple things such as bread and cakes to more complicated food such as cheese.

A proliferation of TV cookery shows and competitions have also helped fuel this boom as viewers watch chefs and contestants creating ingredients from scratch even before they start to cook.

Following on from this is the idea of ‘clean eating’, a phrase I first heard about three years ago from a Personal Trainer: the idea is to avoid processed foods and eat foods as close to what nature intended them to be and in so doing, one will lose excess body weight.

Less of a diet and more of a lifestyle change, it does involve a little bit more cooking from scratch, but it does mean you can eat almost anything you want whilst retaining a healthy diet.

An easy way to think about is to ask yourself “is this food my grandparents or great-grandparents (depending on your age) would recognize?” For instance, I do not use any commercial stock cubes in preparing my food much to the surprise of most Nigerians. I prefer to use natural flavourings such as iru, dawdawa, ogili and crayfish. I also make my stocks using meat and fish bones, vegetables and shellfish shells.

One of the tenets of clean eating is to eat food that is in season and which is has been sourced locally.

Fruit and vegetables that are in season are not only more delicious but are richer in nutrients and thus better for one. There is also the added bonus that they are cheaper than when out of season.

With growing awareness of climate change and environmental concerns, many people are becoming concerned with ‘food miles’ – the distance their food has had to travel to reach their plates. There is a movement away from imported food and towards locally produced food. Of course this is not always practical. For instance, the United Kingdom has a long-standing love affair with bananas, which cannot be grown in these climes.

“Sugar is The Enemy, Not Fat”

People are always surprised when I tell them this, as many people believe that in order to lose weight, one must cut out all fats. The fact is that we should eat from major food groups each day in order to maintain healthy bodies.

In the early eighties, both the UK and US governments issued advice on healthy eating which basically advised a reduction in the amount of fat consumed. This led food manufacturers to create many low-fat products such as low-fat ice cream, yoghurt and ready meals. Several decades on, citizens of both nations have got fatter rather than healthier.  What many people are unaware of is that in removing fat from food, sugar is added to make the products tasty.

The current thinking is that we should all be looking out for hidden sugars in the food we eat and buy.

A very easy way to get around this problem is to follow the principles of ‘clean eating’ and avoid ALL processed foods.

Finally, in researching this piece, I was very excited to find that the United Nations has declared 2016 the International Year of Pulses (IYP). The aim is to “heighten public awareness of the nutritional benefits of pulses as part of sustainable food production, aimed towards food security and nutrition”.

Cheap, nutritious, healthy, what’s there not to like about pulses? We have a huge variety locally available in Nigeria including various types of beans, chickpeas, pigeon peas, peanuts, bamabara nuts and lentils. Beyond the more familiar akara, moi-moi and beans pottage, there are many other dishes that can be made from pulses such as okpa and fio-fio beans. More about these in future articles: one of the things I am very keen on doing is reacquainting fellow Nigerians with is long-forgotten local dishes.

Although there are many other food trends, I DO believe that what concerns the average consumer is how the food they eat affects their health and that is here to stay.