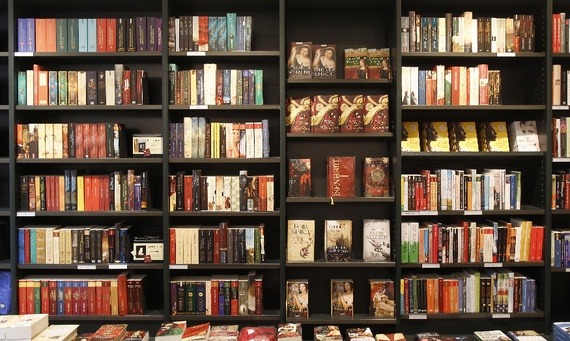 From 1915 to 1970, almost six million African Americans left the South in search of better economic opportunities and a higher quality of life. It was one of the largest internal migrations in history and had a profound effect on the culture and politics of this country. To better understand this monumental yet under-documented event, Pulitzer Prize–winning journalist Isabel Wilkerson spent 15 years and interviewed more than 1,000 people researching and writing The Warmth of Other Suns. In this masterpiece of narrative nonfiction, Wilkerson gives the epic scale of the Great Migration a human angle by focusing on three individuals to represent each of the three main migratory routes. The Warmth of Other Suns is an illuminating and riveting account, filled with stories that are finely crafted, meticulously researched, and immensely readable.

Jacobs was a writer, activist, and visionary whose work had a profound effect on the way we look at the urban areas around us. She was considered an outcast in the male-dominated world of urban planning, yet her book, The Death and Life of Great American Cities, remains a seminal text in this field. One of the great joys of this book is that Jacobs is not an academic, but rather a committed city dweller who obliviously derives much pleasure from living in an urban landscape. Her writing is insightful, honest, unpretentious, and eye-opening. The enthusiasm Jacobs feels for our cities is contagious and shines through on every page of this classic.

Didion is a true original. Her spare, no-nonsense style and acute observational skills completely changed the way we view literary nonfiction, and the influence she’s had on generations of authors is immeasurable. Though often grouped together with Tom Wolfe, Norman Mailer, and others in the New Journalism movement, her work has endured in ways theirs has not. It’s been nearly 50 years since the first essays in Slouching towards Bethlehem were written, yet her unblinking portrait of America in general and California in particular remains as vibrant and relevant as ever.

Armstrong’s career began when she wrote and presented a documentary on the life of St. Paul, which aired on BBC’s Channel Four. A former nun and one of the foremost authors writing on comparative religion, Armstrong has published over 20 titles. A History of God discusses the origins of Christianity, Judaism, and Islam and explains how our concept of God has changed throughout the course of history. It is fascinating to learn how politics, philosophy, and various schools of thought have changed the way we think about monotheism. Most of us don’t spend much time considering where our ideas about God came from. In A History of God, Armstrong gives the reader a wealth of information in order to better understand the big picture. It’s a meaty book, full of big ideas and well worth the read

Shriver sent the manuscript of We Need to Talk about Kevin to her agent just after 9/11. Her agent found the book thoroughly distasteful and suggested an extensive rewrite. Shriver eventually found a new agent and published the book to great success. Twelve years later, We Need to Talk about Kevin continues to be a timely and necessary examination of evil in our society and what happens when that evil is under your own roof. It’s a compelling and grim read that has a train-wreck quality to it; you can’t seem to look away from the characters. Are they despicable, or well-meaning people floundering in a situation beyond their control?

Erdrich’s writing runs deep with 14 acclaimed novels, including The Round House (winner of the National Book Award) and The Plague of Doves (a Pulitzer finalist). While it’s likely you’ve read her more recent titles, to get the keenest sense of Erdrich and her heritage, it’s well worth it to return to the first novel of her Native American series, Love Medicine. Winner of the 1984 National Book Critics Circle Award, Love Medicine is heartbreaking, raw, and mesmerising. The story exposes the heart and soul of the Kashpaw and Lamartine families living on a North Dakota reservation, across generations. Erdrich’s writing is colorful and melodic throughout, with breathtaking passages like her depiction of Grandpa Kashpaw: “Elusive, pregnant with history, his thoughts finned off and vanished. The same colour as water.” Fans and readers new to Erdrich alike should not miss this classic.

It can be hard to pinpoint what makes Lydia Davis’s writing so magnetic. Her precise, no-nonsense language combined with her liberal definition of the short story? Her attention to the overlooked, the mundane, the clutter in our lives that holds so much meaning?Her understated sense of humor, so deeply ingrained in her observations about the absurdities of life? Whatever it is, you’ll find it in spades in her Collected Stories, which compiles all of Davis’s short fiction from her seminal Break It Down (1986) through Varieties of Disturbance (2007). Few writers’ work lends itself so well to a compilation. Whether you pick stories at random or start at the beginning and work your way through the collection (highly recommended), this is a book that feels like the best gift: fun, poignant, and endlessly rewarding.

Atwood is a master at conveying the inner landscape of her characters, and her novels are frequently peppered with sharp and incisive social commentary. Adored by both readers and critics, she has published over 40 works, including many books of poetry, and has won countless accolades, including the Booker Prize and the Arthur C. Clarke Award. Cat’s Eye, written in 1988, is the story of Elaine, a famous painter who returns to the city where she grew up for a retrospective exhibit of her work. Long flashbacks take the reader back to Elaine’s childhood where she endured much emotional torment from her group of friends. Cat’s Eye is an uncanny portrayal of how cruel children can be to their peers, the toll it can take on the victims, and how that cruelty echoes on in the mind for years. Atwood brings Elaine’s world alive for the reader in vivid and incandescent detail.

To be continued next edition