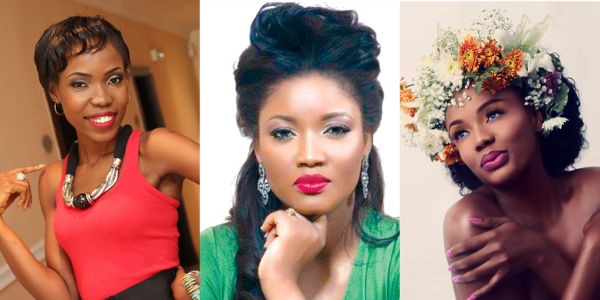 She has just been honoured with the Trailblazer Award at the 2016 African Magic Viewers Choice Awards (AMVCA). Although she didn’t see it coming, for those who have been watching Kemi Lala Akindoju, it has always been clear that she is one woman with a difference in the entertainment industry.

As a smart young girl, Kemi, fondly called Kemolala, loved to act. Her transition from a young girl who found joy in giving expression to her talent in the church choir to an award-winning entertainer, drama instructor, casting director and producer is remarkable.

Although Kemi studied Insurance, she started her professional career in dramatic arts in 2005, during her second year at the University of Lagos, when she featured in a two-man play entitled, All I want For Christmas.

Since then, her profile has continued to rise. She has featured in over 70 stage and film productions, locally and internationally.  In 2010, she won Actor of the Year at The Future Awards and was nominated for the same award in 2012. She was also among the team of actors selected to perform at the Theatre Royale, Stratford East as part of the cultural events during the London 2012 Olympics.

Her passion for professionalism and excellence in her chosen field led her to acquire a Masters Degree in Media and Communication from the Pan-African University.

Today, she runs Make It Happen Productions – a production company she founded to tell African stories through all mediums, especially film, television and stage.

Omotola started out as a model at 15. However, her journey to stardom truly began the day she accompanied a friend to a movie audition. Right there, she was given the chance to try out a role her friend could not get right.

Since her Nollywood debut in 1995, Omotola has starred in over 300 movies that have made her a household name in Nigeria. At 17, her performance as the lead in the popular Mortal Inheritance got her the award for Best Actress in an English-speaking role.She was also the youngest actress to have won the Best Actress Overall at the prestigious THEMA Awards in 1997, when she was 18.

Today, Omotola is a renowned multiple award-winning actress, a singer and a philanthropist whose beauty and style have earned her the popular sobriquet, Omosexy. She is a United Nations World Food Programme ambassador, Amnesty International activist and the founder of Omotola Youth Empowerment Programme (OYEP).

She has also been recognised beyond the shores of Africa. For instance,CNN Travel noted Omotola’s famous accent on their list of the world’s 12 sexiest accents.  In 2013, she was named among one of the most influential 100 people in the world by Time magazine.

But that is not all.

Omotola continues to manage the glamour and glitz that come with her flourishing career in such a way that younger women are inspired to embrace the entertainment industry.

Ono Bello: For The Love Of Style

For the many Nigerian women and men who love fashion, Ono Bello has become an icon of sorts. But for the fashion writer who also wearsthe hats of strategist, marketing officer, project manager and HR advisor, she is simply doing what she loves.

Ono started as a writer with ThisDay Style shortly after obtaining her first university degree. With her experience as a writer forThisDay Style and Arise magazines, she founded her own enterprise, onobello.com– an online magazine that features the latest in fashion, beauty and make-up, feature articles and shows.

She has also remained a strong voice for the promotion of local fashion and designers, in order to grow our economy and also check capital flight.For her, the fact that Nigerians rank among the world’s five top spenders is a good reason why our local fashion should be in the fast lane of growth. She is also the founder of PR UNO, a public relations agency that specialises in innovativelifestyle solutions for professionals in business, politics, entertainment and fashion.

Her resourcefulness continues to inspire young women who desire to make positive impact through what they do for a living.