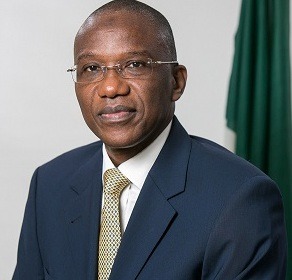 In this interview, the Managing Director of the Asset Management Corporation of Nigeria (AMCON), Ahmed Lawan Kuru, former Group Managing Director of Enterprise Bank Ltd., speaks with us on AMCON’s challenges, operations and goals in 2016 and says that for Nigeria, 2016 will be a year of positive change.

You said recently that AMCON won’t buy any more bad loans. Are the beneficiaries of the existing loans on target to meet their repayment deadlines?

Most obligors are not current on their repayment plan. It is our responsibility to ensure they are. Although we do recognise the current economic realities facing us, with all the pilfering that went on, we are hopeful that things will get better. Let us not forget that ours is a “bad bank”.

Has AMCON had to reschedule any payments?

To be frank with you, a substantial number of the loans are being rescheduled. Some of the obligors were unserious when the economy was good and favourable, taking cover behind political protection. Others thought they were smart by staying away from AMCON. Now reality has caught up with them. We believe that the smartest thing to do is to come talk to us. Nobody can hide from AMCON now.

2015 was a particularly difficult year for a number of businesses. With oil prices still falling and businesses still struggling, do you anticipate default in repayments in 2016?

Even during the good times when the country was buoyant there was substantial default, not to talk of now when businesses are struggling. But we believe that you need to come to us so that we can struggle out of the current situation together. Let us also not forget that the loans with us were bad in the first instance. That was why they were sold to us in the first place under the “bad bank” concept. If we pretend that we are a normal financial institution dealing with normal credit facilities we will be making a great mistake. It is when a financial institution has given up on a credit facility that it is sold to us. In other climes, you have situations where good loans are sold just for the purpose of raising liquidity. However, where a bad loan is purchased for more than 90% of its face value because of underlying collateral value, not credit performance, obviously there will be challenges with collection rather than recourse to the assets.

What are the three biggest risk factors for AMCON debtors in 2016 and how do you think they might hedge against these risks?

The biggest risk for AMCON debtors in 2016 is AMCON itself, because we intend to collect our funds, one way or the other.  Others are the economy, which will determine their ability and genuine intention to pay. While we strongly believe the economy will pick up, we pray our obligors enter the year with good intentions to settle. And they will find in AMCON the willingness to support them in every way possible to stay in business.

Your predecessor said AMCON had recovered 50 per cent of the non-performing loans as at February 2014 and would have paid off N1trillion of its debts by October of that same year. What is the current position?

What he said was negotiated 50% of the loans; there is a difference between “negotiated” and “collected”. They did well in negotiating more than 50% of the loans. Our challenge now is collection, which hopefully we will improve at in 2016.

The National Assembly was planning to amend the AMCON act to make commercial banks share the cost of debt securities with the Central Bank of Nigeria (CBN). With the Treasury Single Account (TSA) substantially depleting the liquidity of most banks, do you think the commercial banks will remain enthusiastic about sharing this risk with the CBN?

The act has been amended to create the sinking fund. AMCON was created to assist the banks and they form part of AMCON’s funding strategy. The intention is not to use taxpayers’ money to resolve banking financial crises. The alternative at that time was to allow some banks to fail, which could have had systemic implications, given the global financial crisis at the time. We pray the economy picks up so that the banks can grow their balance sheets and be stronger. Our banks will grow beyond TSA challenges. In fact it will open up the retail window wider, because most of the funds in the TSA account will ultimately be appropriated through the commercial banks, through recurrent, overhead or capital project payments.

Airlines have complained that they were treated as an afterthought in the disbursement of the N300billion bailout funds originally meant to sort out the banks and that they are paying very high interest rates under tight tenors, even though their margins are very low. Is AMCON going to take another look at the liability of airlines in 2016?

Bailout funds are transactions between the CBN and the Bank of Industry (BOI). I can’t comment on that. We are a major investor in that sector; therefore, any effort that will increase the profit margins is welcome.

After nearly six years of AMCON, do you think it is time to review the structure of its operations to make it less like the banks’ Santa Claus and perhaps respond more to the needs of other sectors of the economy, like agriculture and mining?

We are actually reviewing the whole strategy to make it more efficient and relevant. When AMCON was created five years ago, one of its objectives was ensuring financial stability after the global financial crisis of 2008 and beyond. I think we have achieved that. Now, the challenge is for AMCON to meet its own obligations, given the fact that it borrowed money to achieve its initial objectives. And in any case, any organisation that has run for five years, however successfully, needs strategic review. Effective strategies are not developed to cover more than five years, given the rapid changes in economic/financial situations and AMCON is in all sectors. We deal with loans created by banks in all sectors.

You promised to make AMCON more transparent by opening up and advertising the bids, for example. Will that process start with the sale of Keystone Bank in 2016?

We have already started. All assets in our care must go through the public bidding process. It is only after our effort to dispose of them through public, competitive bidding that we can try private treaties. Everything must be done transparently.

What are AMCON’s major performance targets for 2016?

To help businesses, meet our financial obligations through maximum recovery and contribute towards economic revival.

What are your personal financial goals for 2016?

What is your projection for 2016 in just one sentence?

It is going to be year of positive change.